What Does Remission Mean in Bipolar Disorder? 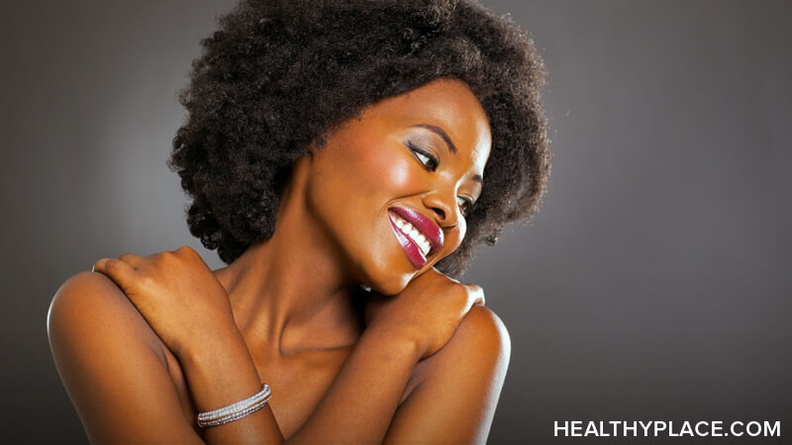 I mentioned what remission means for a mental illness in a clinical setting: reduction in specific, empirical symptoms by a given amount. In other words, you are given a depression “score” and remission means reducing that score by a given number.

But does that number mean anything at all to the patient in question? If you achieved it, are you "better"? If you suffer from mental illness, what does remission really mean?

A Cure for Bipolar Disorder Is Remission of Symptoms

Bipolar disorder is a life-long illness and no one in the medical community is suggesting bipolar can be “cured” (What to Do If You’ve Just Been Diagnosed as Bipolar). The best that can be hoped for is a suppression of symptoms through treatment. In the best case scenario, the person with bipolar disorder would take medication, attend therapy, build relationships, get a job, be happy and live one of those normal lives everyone seems to talk about.

How often do you get that normal life? Well, I can’t say. In my experience, almost never, but that’s probably because I only hear from people who are experiencing difficulties. Those who don’t struggle as much probably aren’t reaching out to bipolar writers.

What Does Bipolar Remission Mean?

And not only does it manifest differently, but an individual’s tolerance to each symptom is different. Some people have hypomanias that are euphoric and not problematic; some have anxiety but control it through meditation; some have a history of self-harm but have found a support group that helps suppress that behavior. And in other cases, mania, anxiety, or self-harm is completely unacceptable.

In each case, bipolar remission means something different. For a homeless person without a job, remission may be the ability to hold down a job and pay rent. For someone else, it might be having stable relationships and a happy home life with a wife and children. And for some it might be enjoying their previous hobbies and interests. We all have different goals and different levels of illness that we are willing to accept.

What is Remission for My Bipolar Disorder?

Personally, I never think of bipolar remission; all I think of are levels of symptoms (Are Bipolars Crazy? I Am.). I never get to the place where I can just say, yes, my bipolar disorder is under control. I never get to the place where I don’t have fairly bothersome symptoms, side-effects and cycles. All I think about are temporary periods of stability. Times when I’m feeling OK. I’ve come to accept that these times will never be great and likely won’t last long. But that is my experience and certainly not everyone’s.

Should Bipolars Try to Achieve Remission?

Yes, I think most of us will have to accept that bipolar disorder will never really go away, but I think striving for an acceptable level of treatment is important. I see people give up when their symptoms have only improved 20% and they are still much debilitated. This shouldn’t be enough for your doctor and this shouldn’t be enough for you. You deserve better and you should aim higher. Remaining sad for the rest of your life is not good enough.

Yes, accept that your life will likely never be what it was before bipolar disorder, but also know that with bipolar treatment you can do better. Call it remission, assign it a number or don’t. It’s better than being sick.

You can find Natasha Tracy on Facebook or GooglePlus or @Natasha_Tracy on Twitter or at the Bipolar Burble, her blog.
Tags: what is remission in bipolar Remission Treatment Resistant Bipolar Disorder What Defines Remission bipolar treatment

Bipolar Treatment: What Happens When Your Doctor Gives Up?
Bipolar Medications: Will Treatment Work? How Long Will Side-Effects Last?
heather
August, 14 2010 at 7:29 am

i was diagnosed with this bp.disorder several years ago, i no longer see a psychatrist, due to sexual assault from my former one.i rely on god to help me when i get extreemly depressed and cant get out of bed.my general doctor prescribes intidepressants but they dont seem to help much. my family is so proud that i dont take 13 different medications now, i think i would rather suffer than to let them know how irealy feel.plus i dont want to let god down. or my family.i pray for strength and motivation every day to just get the most simple of tasks done.

If I read that a grocery clerk in my area sexually assaulted someone, would I stop eating? Just because grocery stores are where I get food?
No.
Just because one bad man is bad, that doesn’t mean you have to deny yourself access to doctors and good care.
Go to ANY healthcare professional who is truly good, tell her what happened, and ask her to refer you to a GOOD doctor, ideally a psychiatrist who is a woman. Remember: 50% of them are.
You are precious. You are loved. You deserve a partner who can be your teammate and work on this annoying mental health condition with you together.
They chose this career because this is what they want to spend their entire life doing: helping people.

What Does Remission Mean in Bipolar Disorder? | Breaking Bipolar ......
I found your entry interesting do I've added a Trackback to it on my weblog :)...