Use a Sticker Reward Chart for Adult Life 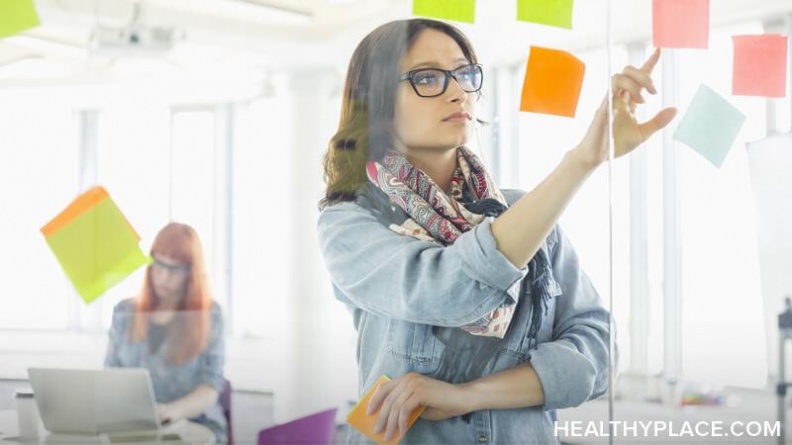 When you’re down or having a challenging mental health day, it often feels like you’re not accomplishing anything in your life. You leave that big project untouched, you don’t work out, and you wonder what you actually did today.

You can use a sticker reward chart to give yourself “partial credit”. I remember in high school calculus feeling a rush of gratitude every time I received partial credit such as in the case where a problem had taken me 20 minutes of detailed and correct work only to ultimately have an incorrect answer because I absentmindedly made a basic mistake, adding instead of multiplying three times four.

The same thing happens in life during those tough times. With a reward chart, you can get credit for all the things you did do in a day, rather than focusing on the things you didn’t get to. A friend inspired me to start one; mine includes drinking a certain number of glasses of water, sleeping more than six hours, working in my journal/bliss book, taking my medication, knocking out one easy task, completing one hard task, connecting with a friend, and so on. Seeing the stickers pile up throughout the day gives me a new perspective on the day’s success.

Earning a Reward With a Star Chart

Although my own chart is a reward in itself because I like stickers, other people often set up a reward system for themselves. Getting 20 stickers earns a pedicure or five days in a row of one particular task deserves an afternoon to read a book at the beach. You can even set these goals with a friend or partner. Maybe your goal to work toward is a weekend away with that person, so he/she has even more incentive to support you in achieving your goals.

Track Your Mood on a Sticker Reward Chart

For many of us, mental illness causes a warping of reality, where we are certain we’ve never been happy. You can use a star chart to track only one thing: positive mood. You can earn a sticker for every day you felt positive at some point throughout the day. Soon, you may notice that even though you feel negative about something or many things about life, you probably have a fairly good track record of positive days.

While sticker reward charts may not be as fun when you’re not working toward a school class pizza party, they provide a visual tracking system of success for adults, too (and you can certainly work toward a pizza party goal, if that's what motivates you).

Divide Up Tasks Into Smaller Ones When You Feel Overwhelmed
Boost Your Happiness with Creativity
Martha Lueck
August, 24 2018 at 10:49 am

I'm definitely going to start using a reward chart! Thank you for the idea!

Awesome, Martha! Can't wait to hear how it turns out for you :)

I absolutely love this idea!! There is so much to be said for taking small steps to bigger goals and to recognizing our accomplishments when we do. Some of the most beneficial things we say and do for kids can be so helpful in adult life. This is great for keepings things on track and from getting too overwhelming.

Thanks Lizanne! I'm happy to see more and more kid stuff becoming useful for adults now too - the whole coloring book thing is a great example, too. Pretty soon all our offices will look like play rooms - and don't we all need to play some more at work anyway? :)