Conquering the Stages of Abuse From Victim to Hero 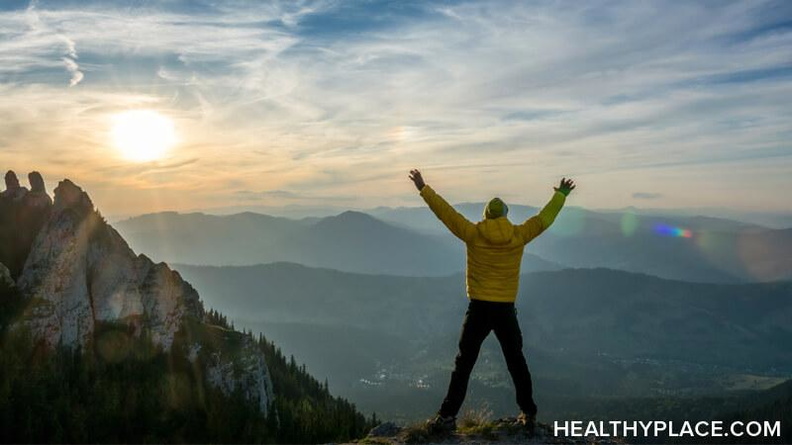 What stage of abuse are you in today?

Victims of verbal abuse listen to their abuser's voice over their own. The prime reason victims are victims is because they honor the words and actions of their abuser over what they themselves feel, think and do. Victims spend precious time and energy either agreeing with their abuser and working to fix whatever the abuser says is wrong, or arguing with the abuser to prove the abuser is wrong.

Both of these reactions to verbal abuse confine the victim to the role of victim.

Are You a Victim of Verbal Abuse?

Come on now, answer honestly. You do not need a checklist of symptoms to validate your feelings. What does your gut tell you?

If the first answer that came to mind was "Yes," and was immediately followed by "but..." please back up from the "but" and stop at "Yes." Yes, you are a victim of abuse. 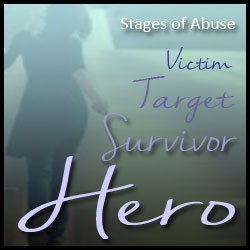 It's okay if you're a victim today. You may need a bit of time to digest that new label. Victim is a traumatic word, and you owe it to yourself to sit with it for a little while.

But don't wallow in victimhood; it will kill your soul quicker and more definitely than your abuser's words and actions. Victims are powerless, and you, my friend, are powerful.

Step out of the victim role as soon as possible. Look forward to your transition from victim to hero of your life!

Your transition includes the stages of target and survivor.

You become a target of abuse after you are able to clearly identify abuse as it happens. When you know you are being abused, there is a subtle but powerful transition in your mind. Targets do not alter the abuse in any meaningful way. Targets are abused. Targets know they cannot make the abuser stop abusing, but they don't leave the relationship.

The transition's power lies in the ability to throw up walls around yourself that the abuser's words cannot penetrate. You understand the whys and hows of your immediate situation. You know you're being abused because the abuser feels s/he has decided to knock you down to (his or her) size, and you understand the words coming from their vulgar hateful mouths are nonsense.

Targets deftly deflect the idiocy without allowing it to enter their mind or heart. Sometimes, targets will feel the pain of the emotional or verbal abuse, but they shake it off as soon as possible. It is hard to feel nothing when your partner acts like he or she hates you.

Targets may be angry that the abuser is doing it again, even after making it clear to the abuser that his or her behavior is hurtful and inappropriate. Targets remove themselves from abusive situations because they know that their anger will only escalate the abuse. Targets understand that accepting or fighting the abuser's words is pointless. Targets would rather drop what they're doing and leave the house than stand there and listen to nonsense.

After the abuser stops abusing (ha) or the target leaves the relationship, you graduate to survivor. (How do I know when to leave?)

Survivors experience a period of relief and gratitude. Feelings of power come over them, and they want to share their knowledge with the world. Survivors are rightfully proud of their accomplishments and are not ashamed of their experience with abuse. The only downside to being a survivor is that it is easy to avoid doing the work necessary to fully heal.

As with victimhood where you allowed yourself a period of self-pity, survivors owe it to themselves to allow a period of self-congratulation! Party it up, sing and dance! Woo-Hoo! And then get ready to come back to reality. Trust me, your new reality will be much grander than your old one.

Heroes of abuse-free lives do not tolerate abuse in any form because they know that doing so will silently and sneakily return them to victimhood. Heroes are vigilant without being paranoid, and are unafraid to enter into loving relationships because they can identify love as well as they identify abuse.

Heroes know, beyond a shadow of a doubt, that they deserve joy in their lives. They know that their happiness depends on them, not whomever they choose to love or befriend, not on the job they hold or whether there's enough money in the bank. Heroes enjoy life because they do not allow anyone else to tell them what they should be thinking, doing or feeling. Heroes control themselves, no one else, and accept both their limitations and their power.

As a Hero, you live a life of integrity and peace, secure in knowing those are two things no other person in this world can take from you.

APA Reference
Jo, K. (2011, August 3). Conquering the Stages of Abuse From Victim to Hero, HealthyPlace. Retrieved on 2021, June 18 from https://www.healthyplace.com/blogs/verbalabuseinrelationships/2011/08/conquer-verbal-abuse

How Will I Know It’s Time to Leave My Abuser?
Codependent Behavior Makes Abuse Victims Manipulative Too
Eric Hooper
April, 30 2018 at 5:24 pm

I was physically mentally, spiritually abused growing up but finally woke up to realize that the abusers were not my real parent, I wasn't adopted or fostered, so I don't need that person in my life or my sons life and am grateful everyday that I breathe that it's my air not there's, I forgive them and don't need to trust them and I have moved on leaving that chapter and everything in it behind

I fluctuate between 1 and 2, and I've been in this relationship for six years! It's really hard not to get down on myself for not managing to end it. I have to say it's the first relationship I've had without substance abuse being the main thing in my life, as well as for the various partners I've had. And I'm 56! I imagine it is somehow related. Needless to say I'm depressed and anxious most of the time and lead a fairly closed in and isolated life. It's a vicios circle, I feel lonely but don't feel I can talk to the few friends I have about how I'm really feeling ( I already have, and they can't understand why I don't just leave him) so I don't reach out. I live in Mallorca Spain, so there isn't much in the form of support groups and even if there were I don't think I could stand up to my partner and tell him!

I am finally in Stage 4. I realized the first time my ex beat me up that it would only get worse. I immediately left with my infant daughter, sought counseling through DVIS, and my life is infinitely better each day. My gratitude for the counselors and other survivor's that have listened and shared their struggles and victories is endless. I hope that by sharing my story that I can encourage others to find their way out of the chaos too.

I'm so happy for you :) Sharing our stories is vital for those now in abusive relationships. If I hadn't read someone's story, I may still be with my ex.