Financial Abuse: How to Spot it in Your Relationship 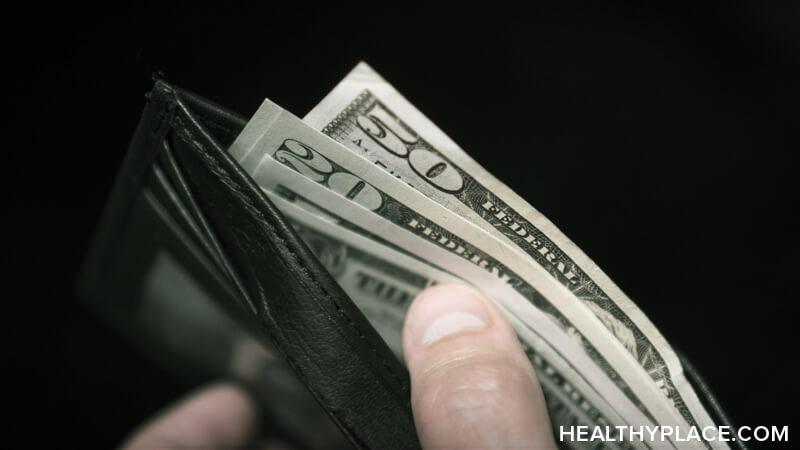 Financial abuse – also called economic abuse – happens in most abusive relationships, but the signs are not always obvious. Financial abuse isn't just someone being tight with money or asking you to limit your spending for the good of the household; it is a form of coercive control that acts as a barrier to your independence and reinforces emotional abuse such as gaslighting and coercion. So how do you define financial abuse and what are the risks?

How to Define Financial Abuse

According to Women's Aid, the definition of financial abuse is as follows:

"A perpetrator using or misusing money which limits and controls their partner’s current and future actions and their freedom of choice."

It's important to note that financial abuse seldom happens in isolation. Usually, it is accompanied by other forms of abuse such as verbal attacks, gaslighting, manipulation and/or physical violence.

The fact that financial abuse is difficult to spot is part of the problem. Even though it can be positioned as concern for your wellbeing, it can trap you into a situation where you're entirely dependent on your partner. Not only does this make it difficult for you to leave or have any independence of your own, it also makes it easier for an abuser to chip away at your identity, which perpetuates the toxic cycle.

"All our money going into his pocket, into our life together, into our life, into his car, despite that my name doesn't appear on any contract -- that's called coerced captivity," -- Reema Zaman.

When I met my ex-boyfriend, I had nowhere to live and no job. He employed me and invited me to live with him, which seemed kind until I saw how codependent I became. At first, he was merely disapproving of my spending, wanting to oversee purchases to be sure I was "getting a good deal." Over time, he gained complete financial control.

Soon, I was in a position where I was entirely dependent on him for income, a roof over my head and security – a fact he often leveraged of by threatening to throw me out, often making me leave the apartment in the middle of the night. He told me I'd be nothing without him, which was easy to believe at the time.

He was incredibly tight with money. I wasn't allowed to buy anything for our home without his approval, including food, even when we moved into an apartment with my name on the lease. He insisted on "billing" me for meals out, cinema trips and dates we went on, though I never did the same with him. Having recently been a student, I wasn't particularly smart with my money, so it was easy for me to buy into the notion that it was all for my own good.

Financial abuse can look like this, or it can be more subtle. Other examples include:

The Dangers of Financial Abuse

Financial abuse can be incredibly insidious and damaging because it chips away at your identity and makes you reliant on your abuser. It's easy to fall into the trap because the abuse is cleverly disguised as love and concern for your wellbeing. Financial abuse facilitates further shaming and verbal abuse also (Such as, "You're no good with money. I'm doing this for your own good.")

When someone else has control over your finances – whether they are personal or shared – you are forced to live life on the abuser's terms.

The dangers of financial abuse are as follows:

Even when you have left the home, financial control can still be exerted by the abuser with regard to child maintenance.

Where to Turn If You're Being Financially Abused

For more information on financial abuse in the UK (as well as its impact on Universal Credit), you can contact Women's Aid on 0808 2000 247 24 hours a day, 7 days a week. You can also visit their website and download Unequal Trapped and Controlled, a financial abuse report by Women's Aid and the TUC.

If you're being financially abused and you live in the U.S., the article "Get Back Your Green: Tips for Economic Recovery After Abuse" by the National Domestic Violence Hotline has plenty of helpful advice and resources.

APA Reference
Smith, E. (2018, August 7). Financial Abuse: How to Spot it in Your Relationship, HealthyPlace. Retrieved on 2022, September 26 from https://www.healthyplace.com/blogs/verbalabuseinrelationships/2018/8/financial-abuse-how-to-spot-it-in-your-relationship

Talking About Verbal Abuse and Bullying with Kids
Dating Red Flags: Are You Dating An Abusive Person?