What Happens in the Brain When You Suffer From PTSD?

Like with all mental illnesses, what happens in the brain to cause combat-related posttraumatic stress disorder (PTSD) cannot fully be explained; nevertheless, there are many things that we do know. We do know what parts of the brain are involved in a stress response and we do know what neurotransmitters are involved and the types of medication that can be used to correct some of those systems.

What Parts of the Brain are Involved in PTSD?

We believe that the amygdala is involved in perceiving something as threatening (stress) and that this activation initiates activity in other parts of the brain such as the hippocampus (involved in memory and spatial learning) and the orbital frontal cortex (involved in memory of emotional event and choice).

When a person suffers from PTSD, the normal systems that balance the amygdala activation become impaired. Because the amygdala is activated, more stimuli and less threatening stimuli, are seen as threatening and produce a fearful reaction.

What Can Fix the Amygdala’s Overreaction and other Brain Impacts?

Our understanding of the brain leads us to seek treatments that will rebalance the activation of the amygdala when a person has combat-related (or any version of) PTSD.

Glucocorticoids – we understand that stress also involves the overreaction of the hypothalamic–pituitary–adrenal (HPA) axis. This is of major concern as abnormal HPA activity may actually have neurotoxic effects. Medications like glucocorticoids and some anticonvulsants may address this. The antidepressant paroxetine has been shown to reverse some of the damaging effects by increasing hippocampal volume. 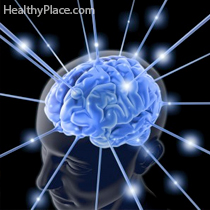 Glutamate – we think this neurotransmitter is involved in the pathology of PTSD and the over-activation of the amygdala. Anticonvulsant agents (sometimes known as mood stabilizers) may be able to exert a normalizing effect on both glutamate and GABA (below).

Gamma-Aminobutyric acid (GABA) – GABA is very important as it’s a neurotransmitter that inhibits other parts of the brain, like the amygdala. Some anticonvulsants and tranquilizers work to increase GABA in the brain.

Dopamine – the dopaminergic system is activated by amygdala activation so medications that inhibit this action may help in acute stress situations to prevent PTSD. Antipsychotics may work to inhibit dopamine.

There are two other systems that are known to be affected by stress reactions and the amygdala. They are neuropeptide Y and Corticotropin Releasing Factor; however, no medications are available at this time to correct these abnormalities.

Further Research Into the Brain and PTSD

Of course, there are many specifics we don’t know about the brain and PTSD and research is working on discovering them and on treatments that will correct the issues about which we do know. The most interesting recent development is that antipsychotic medication may actually prevent PTSD when given after acute trauma.

For references and more details on PTSD in the brain, see Pharmacological Treatment of Acute Stress Reactions: A Neurobiological Systems Approach by the Veterans Administration.

APA Reference
Croft, H. (2014, June 18). What Happens in the Brain When You Suffer From PTSD?, HealthyPlace. Retrieved on 2022, December 7 from https://www.healthyplace.com/blogs/understandingcombatptsd/2014/06/what-happens-in-the-brain-when-you-suffer-from-ptsd

Mindfulness-Based Therapies for Combat PTSD
What are Vet Centers and How Can They Help Veterans?