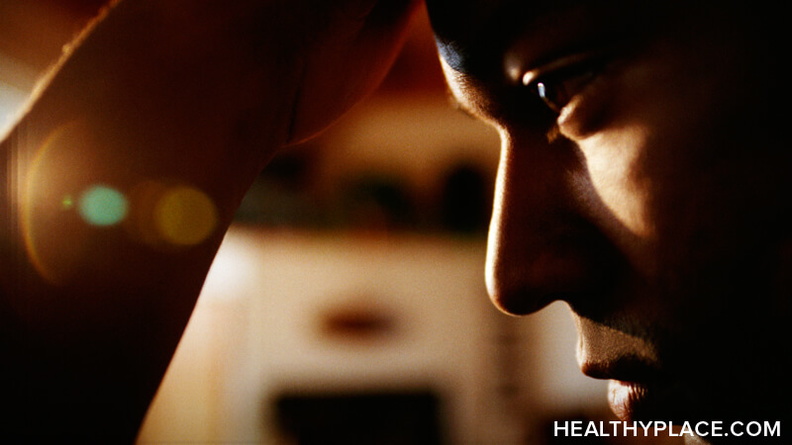 While I, typically, discuss standard combat posttraumatic stress disorder (PTSD) as it is the most common, today I’d like to highlight a more rare form of PTSD caused by prolonged trauma – complex PTSD. Today I'll answer the question, “What is complex PTSD?”

PTSD is typically caused by one of more short incidences of trauma. In other words, a person experiences one or more time-limited situations in which he or she fears for his or her life (or the life of another) and this results in PTSD. When we think of combat PTSD, the PTSD is caused by exposure to combat trauma, although PTSD can be caused by many civilian experiences as well such as assault.

In complex PTSD, the sufferer has experienced prolonged trauma which leads to a particularly severe form of PTSD. This can be related to combat such as in the case where a warrior is a prisoner of war, or, more commonly, when a person suffers from prolonged trauma such as domestic violence, abuse, or exploitation. 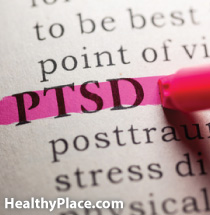 There are four types of symptoms a person with PTSD suffers. They are:

A person with complex PTSD will experience the above symptoms but he or she also typically experiences:

People with complex PTSD may also self-harm or use substances to try to deal with the pain caused by the prolonged trauma.

Combat PTSD is easier to diagnose because there is such a noticeable start date and because it manifests so predictably after exposure to combat trauma but because complex PTSD is, indeed, so complex, and has so many symptoms associated with it, it can be very hard to diagnose. In fact, it’s common for people who have suffered chronic trauma to receive other diagnoses such as borderline personality disorder. This is, in part, because of the symptomology but it may also be because the person refuses to disclose the prolonged traumatic event due to the pain it causes him or her.

For patients, then, this means that being honest about any prior traumas is critical and for healthcare providers this means absolute due diligence whenever complex PTSD is a possibility.

There are two important things to remember if you’re dealing with chronic trauma:

So I encourage anyone with complex PTSD to reach out to a specialist in trauma-related healing because people do recover from complex PTSD but they may need specialized help to do it.

Please see this article by the U.S. Department of Veterans Affairs on complex PTSD for more information and references.

What a bunch of bs
I really wish you know it alls would actually experience a tour in a combat zone before you publish this stuff. I spent anywhere from 23-45 days at a time in the jungle looking for trouble to get into. We were either in fire fights. Or looking for them. And under constant stress all the time.
🙄

To go along with my last post PTSD should never be called Simple. Single Event would be a much better descriptor.

You are doing your readers a disservice by sending them to the US Dept of Veterns Affairs in fact you may be causing people harm. It is my experience that people you have CPTSD need relational therapy that can diminish the feeling of mistrust and shame. The Vets experience things very differently than a person who was sexually abused as a child. Anonomous

I’ve been diagnosed with general PTSD about 4 years ago after experiencing an emotionally threatening relationship, which the mental abuser continued to threaten me emotionally with slander and threats of suicide if I didn’t take him back. I almost never hear or read of PTSD (of any kind) including emotional/mental abuse with sexual tendencies as one of the causes, and sometimes it makes me angry because “sexual abuse” is so general and people often think physical only when they consider it. Is PTSD’s abuse causation symptom truly only relevant if the experience was physical? If so, that’s nonsense.

This article explains so much. Have been under treatment for 6 months with DBT group and individual therapy weekly. The doctor is attempting to reduce my anxiety medication. My therapist understands now, recently, that I was in a fairly long-term abusive/exploitive relationship. My flashbacks and extreme panic attacks happen multiple times daily, and it is so difficult to break out of them. It's like I'm stuck. My whole body shakes violently and I get violently ill. There are too many things that trigger me...places, smells, old songs. I avoid any shows that I haven't seen. When I tell my doctor how bad it is, she always compares me now with how I was after I attempted suicide last year. She says that I will always have symptoms, and need to learn to deal with them. I try...I use the "tools" that they teach me in therapy...but when I have a flashback, nothing works. I need someone, like my mom, to talk to me, hold me really tight, to get out of it. People don't understand why I'm not improving enough. I try to push myself to go out for short periods of time and do simple things. When I get home, it takes me a long time to "recover" from being out...more shaking and getting sick. The doctor says going out is an improvement. Well, yes and no. I WANT to do better, be better. I hate this.

I have found that Rapid Eye Movement Treatment, done by a Pychologist has helped over the years from being in car accidents. It helps takes you through the trauma and out the other side. I realize my fibromyalgia is trapped traumas in my body, and dealing with the traumas helps reduce my pain and hyper nervous system.

Practical simple stratergies, schools of thought on treatment overview to choose a therapy, further reading, to end with see a profression is unprofessional.

Yeah Ive had several episodes of trama and assault back to back which causes me not to trust people. Its like what do you want from me or what are you going to do to me. Panic attacks make the journey muxh mire difficult. Still I know I dont deserve to be treated this way eo I stay solo..much easier than being abused also safer from abusers.

The VA is useless when it comes to treating CPTSD &especially with us women Veterans.

Over the last weekend a brother to my house girl wrote a message that he wanted to kill himself. The reason being he was accused of having a relationship with somebody's wife where he works. I sent him fare to come to my place we see how we could help but he switched his phone off. Even right now he can't be located I hope he never committed suicide. All the same I did my part because it is far from where I stay.
I have read about the treatment of PTSD

How can you find a specialist who can help with forms of PTSD like this when it was said that nothing can be done except try to adapt to the fact that you live with AvPD, SAD, SHSMD as well as with PTSD? Can you post without using my name, please? Post anonymously? And advice would be appreciated. Thanks

Hello,
I contacted you last week but I never got your response.
I’d like to introduce myself, My Name is Alec and I work at [moderated]

Hi Alec,
We are not interested in your product. Thank you.
- Natasha Tracy (Blog Manager)