Is Your Self-Harm Getting Worse? Here's What to Do 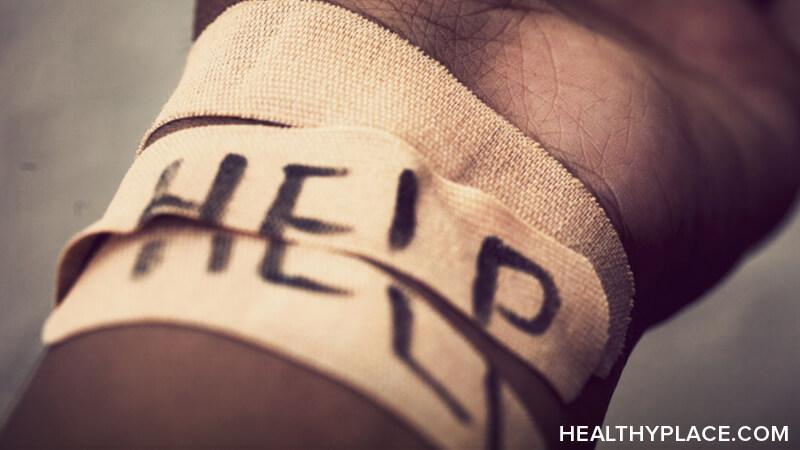 How can you tell if your self-harm is getting worse? Self-injury, like most mental health disorders, exists on a spectrum. Some people only ever engage in relatively minor acts of self-harm, while for others, the situation may become more serious. If you suspect your self-harm is getting worse, it is important to not only recognize that truth but also take steps now to keep yourself from sliding down a dangerous, slippery slope.

Recognize When Your Self-Harm Is Getting Worse

In some cases, it's easy to tell when your habit of self-harm is getting worse, especially if the increase in severity is abrupt or even deliberate. However, in many cases, the signs may be more gradual and subtle.

When I first began hurting myself, the marks were small enough to escape scrutiny completely. But then, as I began to do it more often and more marks accumulated, people began to ask the obvious. "What happened?" or, "Are you all right?"

Innocent questions, all, but a sign that my struggle was becoming more visible.

The second sign was when I didn't stop, even when people kept noticing. I don't know who, if anyone, knew exactly what I was up to, but I am certain a few people were starting to make some guesses. Instead of trying to quit, I just tried harder to hide the marks.

The third sign was when I scared myself. One night, alone in the dark, I pressed gauze to my skin, trembling, worried that I'd gone too far. The wound wasn't actually very severe, but it was deeper than I'd intended. At that moment, I realized for the first time that there was a line I could cross—I just didn't want to.

I finally had to recognize that, if I did nothing to stop it, the situation was only going to continue to devolve.

If Your Self-Harm Is Getting Worse, It's Time to Get Help

Newton's law of inertia doesn't just apply to physics; it applies to your mental health, too. Like a ball rolling down a hill, if your health is declining, it is likely to continue to do so until you or someone else takes action to stop it.

If your self-harm is getting worse, please consider talking to someone about what you're going through. A trusted friend or relative is good; a counselor, therapist, or other medical professional is better. I know it isn't easy, but change is always hard, even when it's for the better. (Sometimes especially when it's for the better.) It becomes exponentially easier, however, if you have the right support systems in place.

If you're unable or unwilling to reach out to someone personally, try starting small—maybe an anonymous online support group or a counseling service with a private messaging option will do. If that still seems like too much, start even smaller. Read books by people who fought similar battles and won; read online content from which you can draw inspiration and motivation.

I know it may not seem possible now, but things can get better. You can make them better. You have that power. But like any journey, you must begin by taking at least one step forward, no matter how small.

If your self-harm is getting worse, what small steps can you take today to begin changing course? If you have a self-harm recovery story you'd like to share, please write them in the comments. You never know what seeds of hope you might be sowing.

APA Reference
Kim Berkley (2020, August 6). Is Your Self-Harm Getting Worse? Here's What to Do, HealthyPlace. Retrieved on 2023, February 1 from https://www.healthyplace.com/blogs/speakingoutaboutselfinjury/2020/8/is-your-self-harm-getting-worse-heres-what-to-do

Is Self-Harm a Sign of Immaturity? Self-Injury in Adults
How Do You Forgive Yourself for Hurting Yourself?