How Do You Forgive Yourself for Hurting Yourself? 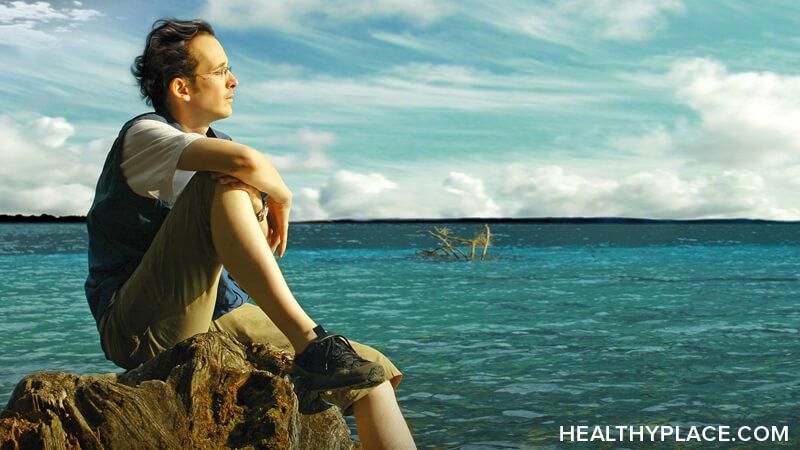 Shame and guilt aren't just common self-harm triggers—they are also often numbered among the scars self-injury leaves behind. Moving on is a vital part of the recovery process, but how do you forgive yourself for hurting yourself?

To Forgive Yourself for Hurting Yourself, Start with Acceptance

Like many problems, the first step towards solving this one is accepting that self-harm is a problem that requires a solution. My self-harm urges, for instance, were tangled up with feelings like guilt and shame and thoughts like, "I deserve this," and, "I shouldn't be like this." As such, it was difficult for me to even acknowledge that forgiveness was an option, much less one that I deserved.

I felt compelled to self-harm in order to protect others from my pain and prove to myself that I was strong enough to survive it. But at the same time, I felt deeply guilty to even be carrying that pain in the first place. My parents were good to me; my childhood was, overall, a happy one. There was no one inciting incident that I could point to that triggered my descent into depression and self-harm, and with no one and nothing else to blame, I wound up blaming myself.

It took me about a decade to finally begin letting that blame go, to finally begin telling myself that I deserved something different, something better—forgiveness. I wouldn't wish that many years of guilt and shame on anyone else, which is why I'm writing about it now. It's not easy to forgive yourself for hurting yourself, but it's so much less painful than the alternative.

It's Up to You to Forgive Yourself for Hurting Yourself

We often think of forgiveness as something that others must bestow upon us. Maybe you feel you've failed someone in some way, or maybe you're more worried about the pain your actions have inflicted on others than the wounds you inflicted on yourself.

For me, the guilt that both resulted from and fuelled my self-injurious behavior revolved around the idea of ungratefulness. I kept thinking of how much my parents loved me, how much they had given me, and felt that my sorrow and my scars were tantamount to me throwing all of that love and support right out the window.

But the truth, as my parents confirmed when I came out to them about it years later, was that there was nothing for them to forgive. You don't do self-harm to anyone else; it is, by definition, damage you inflict on yourself. It says nothing about you as a person; it doesn't mean you are selfish, foolish, or lacking in any way. It only means that you are suffering and want it to stop.

If you feel ashamed or guilty about self-harming, you're not alone. Feel free to share your story, or any questions or comments you may have that might help you or others find the forgiveness you seek—and deserve.

APA Reference
Kim Berkley (2020, August 20). How Do You Forgive Yourself for Hurting Yourself?, HealthyPlace. Retrieved on 2023, January 30 from https://www.healthyplace.com/blogs/speakingoutaboutselfinjury/2020/8/how-do-you-forgive-yourself-for-hurting-yourself

Is Your Self-Harm Getting Worse? Here's What to Do
Self-Harm, Poor Body Image, and Drug-Induced Weight Gain