The Danger of Comparing Yourself to Others Through Self-Harm 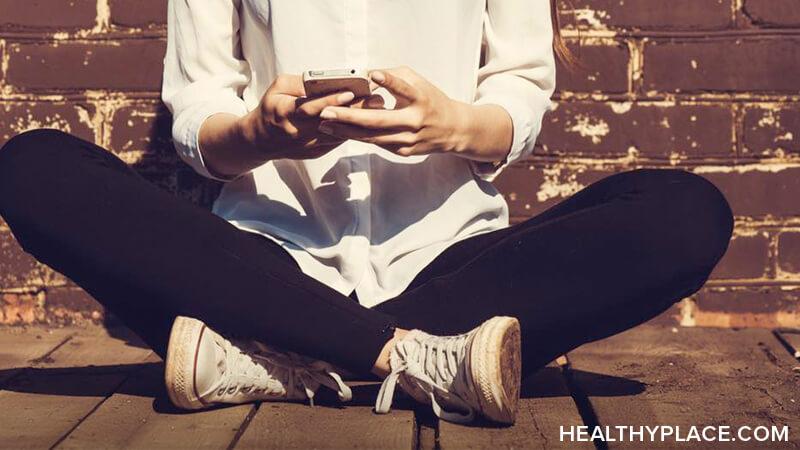 It's dangerous to compare yourself to others, although most of us do have this tendency. Even beyond the more obvious points of comparison such as beauty, wealth, and popularity, we tend also to compare our respective struggles. In some ways we want to be sure that we are doing better than other people — that they are "worse off" than we are. But in other ways, we almost wish that we are the ones who are worse off — the ones who struggle the most, suffer the most, hurt the most.

This compulsion to want to be the person in the most pain seems to stem at least partly from the desire to have the pain acknowledged. We want reassurance that we are deserving of being taken care of and that our problems are deserving of being sympathized with. It is not that we actually want to be worse off, but more that we do not want to feel invisible in our struggles.

Why Comparing Yourself to Others Can Be Dangerous

Comparing yourself to others is most dangerous when it is competitive. It breeds dissatisfaction with yourself and your life, bitterness about the decisions and circumstances surrounding your lack of satisfaction, and resentment toward others. The dangerous thing about comparing yourself to others is that because a comparison is by definition comparative — that is, not fixed in perception and not hinging on a single definable point — there is no real end goal. The goal post is always moving.

This is why competitive comparison is so damaging. Instead of being motivating or helpful, as we are sometimes tricked by our own minds into believing, it sets us up so that we can never measure up to our self-imposed standards, no matter how hard we try.

Why Competitive Self-Harm is Dangerous

In this way, self-harm can — for some people — become quickly competitive. What you thought was serious and maybe even extreme could suddenly pale in comparison to other people's self-harm.

With the Internet, especially, it can be easy to find ways of comparing your experience of self-harm to others'. Even community message boards and online support groups that promote and encourage recovery can be difficult to navigate without comparing, especially if you are in a vulnerable place.

Learning about the specificity about other people's methods, how often they self-harm, how long they have self-harmed for, how hopeless they feel about stopping, etc. can feel like one big exercise in trying to "one-up" each other. That competitiveness, which stems from insecurity regarding the validity of your own self-harm, can push a person into taking increasingly dangerous actions.

Even though that compulsion cannot always be prevented, it is important that you be able to recognize it in yourself and stop yourself from acting on it. There is no telling how far you would be willing to let yourself go because it's so dangerous to compare yourself to others. So take steps to address your insecurity and remind yourself that when it comes to self-harm, no matter how hard you try to please it, it will never be enough.

Tags: danger of comparing yourself to others

APA Reference
Chang, K. (2018, November 14). The Danger of Comparing Yourself to Others Through Self-Harm, HealthyPlace. Retrieved on 2021, May 11 from https://www.healthyplace.com/blogs/speakingoutaboutselfinjury/2018/11/the-danger-of-comparing-yourself-to-others-through-self-harm

I really despise people who seek to compare either the severity of their diagnosis/symptoms (especially if it's BPD) or the recognition of their suffering or the severity of their self-inflicted injuries. I've self harmed since I was young as was abused and ignored. My body is a revolting mess as a grown woman. I've cut tendons, muscles. People tell their kids to get away from me if for whatever reason any old markings are visible. I avoid people who seek to compare like the plague and find them intolerable and almost making a mockery of issues they couldn't possibly understand.

Comparisons can be toxic if we're doing it wrong. Compare yourself to yourself is the best way to see if we're improving or not. Thank you for this wonderful post.