When to Fight and When to Surrender to Mental Illness 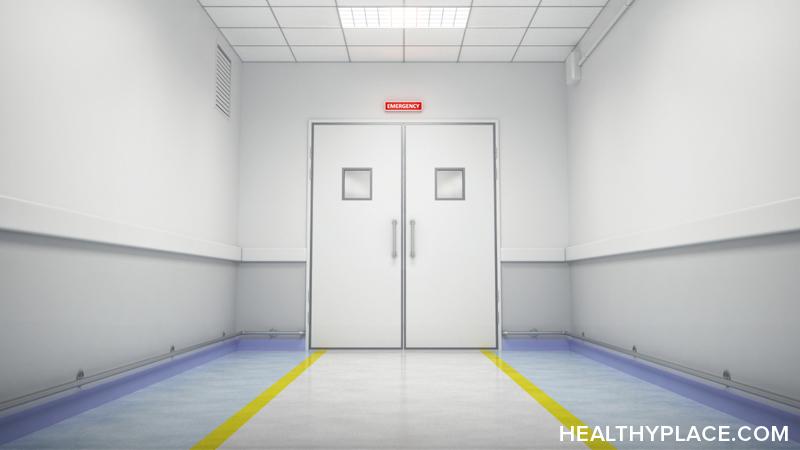 Recently, I realized the importance of both fighting and surrendering to mental illness. I was hospitalized for a horrific bipolar mixed episode I suffered through for several months. I hadn't been this sick with mental illness since my four-year-long battle with postpartum depression and have never experienced anything like it. Now that I'm out of the hospital and slowly stabilizing, I'm becoming startlingly aware of a paradox in getting through mental illness -- healing isn't possible without both fighting and surrendering.

When to Fight Through Mental Illness

I wouldn't have survived postpartum without fighting. After I was finally stable, I got a huge tattoo of a phoenix on my arm, back and chest. She's a reminder of where I have been, but she also gives me the courage to fight again. The fight felt constant, but these were my three toughest fights before hospitalization:

When to Surrender to Mental Illness

Surrendering to the fact that I was seriously ill and was a danger to myself finally meant committing myself to a locked-down hospital ward. It meant surrendering to the medical team's treatment plan. Thankfully, it was a very reputable hospital, and they were extremely thorough.

They took away all my sleep medications and prescribed me medications that made me more anxious than I was when I was admitted. I didn't sleep for days. I tremored violently; I couldn't eat at all; I had visions of suicide I'd never fathomed. I suffered insanity that felt like it would never end.

But the side effects subsided, and now I'm home. My psychiatrist put me back on sleep medications so I can sleep again, but less than before. Surrendering is being honest. I'm not well right now, but I'm getting better. I'm doing the bare minimum as I slowly stabilize and am focusing on coping strategies I'm learning in dialectical behavior therapy.

I've done the impossible before; I can do it again. The mythical phoenix lights her own funeral pyre. She rises from her own ashes, beautiful and purified. She fights, and she surrenders over and over, and each time she returns stronger.

What is your experience with fighting and surrendering to mental illness? Share your thoughts in the comments.

APA Reference
Rundell, C. (2020, October 15). When to Fight and When to Surrender to Mental Illness, HealthyPlace. Retrieved on 2023, February 3 from https://www.healthyplace.com/blogs/recoveringfrommentalillness/2020/10/when-to-fight-and-when-to-surrender-to-mental-illness

Why Does Feeling Better Make Me Nervous?
Processing My Childhood Trauma While Parenting
Sheena
October, 21 2020 at 1:05 pm

While not hospitalised, I burnt out during covid lockdown. A fortnight later I tried to go back to work. 4 days later I admitted defeat. My doctor cheered! I am suffering from MDD. I fought to get back to “me’ but did not start to rise from the void until I accepted this was “me” , just another facet.

Thank you so much for your comment and I'm cheering alongside your doctor! There's nothing greater than getting back to "me" and being able to fight to get there. You're a champion. Huzzah!

I have been taken by the police to a facility. I surrendered myself then. I knew I needed help. However, I fight every day. I fight the suicidal thoughts, the thoughts of not being good enough, the thoughts of always wanting to apologize.

Thank you for your comment. I relate to the daily fight and I'm so happy you keep fighting. You inspire me to continue as well. You are brave.