Are There Alternative Treatments for Schizophrenia? 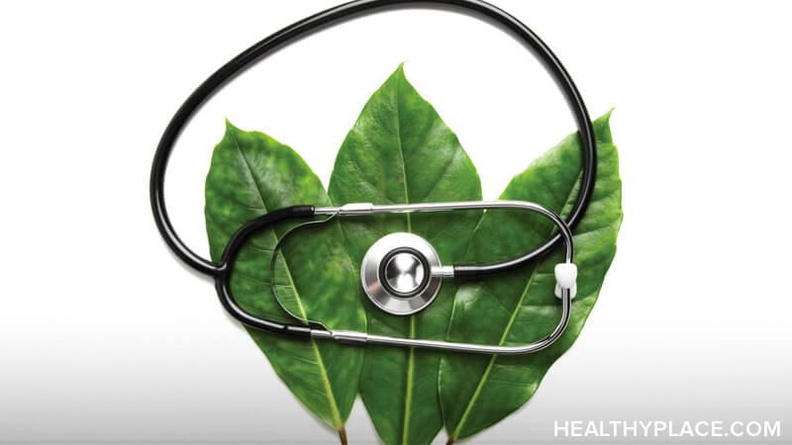 Are there alternative treatments for schizophrenia? Recently I was diagnosed with liver disease, cause unknown. As I don't drink and have a reasonably good diet, I suspect the psychiatric medication I am on, which metabolizes in the liver may be the culprit. It's left me wondering if there are alternative treatments for schizophrenia, and, if so, what are they and how do they work? Note that you should never go off your medication or start an alternative medicine without your doctor's approval--I'm putting this out only to start a discussion. 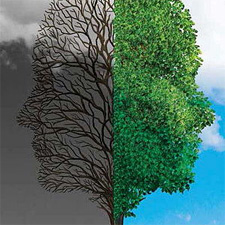 One theory is that schizophrenia is caused by a vitamin deficiency. A 2014 study/review by the National Institutes of Healthy found that:

1. "Low blood levels of B vitamins are a relatively consistent finding in patients with schizophrenia."1

Several recent B vitamin supplementation treatments show promise in alternative treatment for schizophrenia, according to the review. A 1990 Lancet study found that 33 percent of patients with schizophrenia had a folate deficiency, and when treated with vitamins in addition to psychotropic medication, showed marked improvement over the control group.2

A 2006 Biological Psychiatry study reported that patients with schizophrenia frequently had a high homocysteine level (that's also a risk factor for Alzheimer's disease) and that these patients responded to treatment by folic acid, vitamin B12, and vitamin B6.3

Finally, a study by the Journal of the American Medical Association noted that folate plus vitamin B12 significantly improved the negative symptoms of schizophrenia, such as emotional blunting and flat affect.4

2. "Vitamin D deficiency has been implicated by several schizophrenia investigators."

The review goes into a great bit of detail about this, but cautions studies are inconclusive. However, it reads:

3. "One study reported a decrease in the Brief Psychiatric Rating Scale (BPRS) and Positive and Negative Syndrome Scale (PANSS) scores among patients on antipsychotic treatment after supplementation with vitamin C, vitamin E, and omega-3 fatty acid."

In other words, vitamin supplementation may help with the symptoms of schizophrenia, especially when combined with psychiatric medications.

A Ketogenic Diet as an Alternate Schizophrenia Treatment

This typically gluten-free diet is high in fat, low in carbs, and features high-protein foods. One study describes one patient's diet as "unlimited meats and eggs, 4 ounces of hard cheese, 2 cups of salad vegetables, and 1 cup of low-carbohydrate vegetables per day").5 The bad news is it only works in certain subgroups of people with schizophrenia.

In this case study, the abrupt resolution of longstanding schizophrenic symptoms was observed after the initiation of a low-carbohydrate, ketogenic diet used for weight loss. Previously, Dohan observed a decrease in hospital admissions for schizophrenia in countries that had limited bread consumption during World War II, which suggested a possible relationship between bread and schizophrenia. Dohan and colleagues also observed that overt schizophrenia was rare in remote tribal areas of several South Pacific islands where grains were rare, as compared to similar populations which had a higher prevalence of overt schizophrenia and grain consumption. Additionally, some researchers have previously noted an association between schizophrenia and celiac disease, an immune-mediated enteropathy that is triggered by the ingestion of gluten-containing grains.

In other words, gluten may cause an immune deficiency, which leads to schizophrenia.

According to the Psychiatry Advisor:

Paul Amminger, MD, PhD, of the University of Melbourne, Australia, and colleagues enrolled 81 people between the ages of 13 and 25 years old who were said to be at risk of developing psychosis and schizophrenia. Forty-one were given fish oil supplements for three months, while the rest were given a placebo.

After the three months, the participants were followed for another 12 months. During that time, only two of the 41 patients on fish oil developed a psychotic disorder, the researchers reported in the journal Nature Communications. But in the placebo group, 11 participants reported such a disorder.

Even more remarkable, seven years after the original study was completed, only 10% — four of the 41 — had developed a psychotic disorder. Meanwhile, in the placebo group, the figure was 16.

So those are three alternative treatments for schizophrenia. Remember, though, before you use your body as a science lab, talk to your doctor about these therapies. There's no sense in going off a treatment that works for you to try something that might not work just because it's natural.

1 Vitamin Supplementation in the Treatment of Schizophrenia

2 Enhancement of recovery from psychiatric illness by methylfolate

4 Randomized multicenter investigation of folate plus vitamin B12 supplementation in schizophrenia.

5 (Schizophrenia, gluten, and low-carbohydrate, ketogenic diets: a case report and review of the literature.

APA Reference
Oberg, B. (2016, November 21). Are There Alternative Treatments for Schizophrenia?, HealthyPlace. Retrieved on 2020, May 25 from https://www.healthyplace.com/blogs/recoveringfrommentalillness/2016/11/are-there-alternative-treatments-for-schizophrenia

Mental Health Issues and Donald Trump
How to Cope with Self-Harm Thoughts
Stinger
November, 30 2016 at 2:59 pm

Schizophrenia as serious mental disorder exhibits enigma for psychiatrist and for non-professional public, even there exist numerous pharmaceutic new efficient formulas that medicate in satisfactory way this hard psychosis. Up to date neuroscience discoveries has confirm the veracity that the disturbances of some neurotramiters in specific are of the brain are responsible for development of this mental illness. But the complex set of biochemical mechanism in schizophrenia is still unrecognized. However, the comprehensive psychiatric treatment and management of this proccessual psychosis is longstanding medication with appropriate psychosocial interventions. The supplementation of some nutritive product indicates new and promising approach toward the contentment of this disease. By me as clinical psychiatrist the addition of fish oil is useful approach, that should be the algorhythm of current psychiatric treatment of schizophrenia. For others complementary nutritive additions I haven't any experience, but it is value to investigate profoundly in this direction. In a word overuses of antipsychotics and others psychothropic medication is "vitium artis", because psychopharmacs have got many side effects with dangerous consequences for patients. So, to use and to require alternative ways for this psychosis indicates promising approach to satisfactory psychiatric treatment of schizophrenia.

Not sure about fish oil; guess I better buy some.
I think many disorders can be reduced with good friends and also with strong self-worth and great purpose in this world. A person needs a reason to get up in the morning. Without purpose and hope, many ailments can creep into the brain and destroy hope.