Finding the Right Therapy to Recover From BPD

When I first started having symptoms, I was told about a form of Christian counseling that could cure me. Long story short, it didn't. After two sessions the therapist said she couldn't work with me until I was willing to give up my anger. Under Texas law, where I was living at the time, anyone could be a therapist, so I had no recourse. When I found a psychologist, she said she'd seen a lot of people "very damaged" by that church. 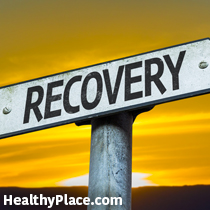 When I returned to Indiana after a short stint in the Army, the therapist told my mother, "She'll drift in and out of institutions her whole adult life until they're tired of treating her."

I remember vowing to myself that I would get better. But the therapy they recommended wasn't working, and I reluctantly accepted their prognosis.

I hit rock bottom in 2008 and had a choice--jail, death, or the state hospital. I chose the state hospital and was accused of trying to avoid accountability for my actions. After four months getting substance abuse treatment but no treatment for my BPD, I was transferred to a unit designed specifically to treat BPD. This therapy worked.

It took years to find the right form of therapy, but once I found it, I showed significant progress in just nine months. I went from chronically suicidal to actually enjoying my life. I was released from the state hospital system, got a job I loved, and moved into a supervised apartment. Now I'm living independently, running a small freelance writing business, and have a book deal in the works. The right therapy is out there and recovery is possible. You just have to keep trying until you find it, and when you find it, give it time to work.

Put in the Effort to Recover from Borderline Personality Disorder

We've all heard the joke, "How many therapists does it take to change a light bulb? Only one, but the bulb has to really want to change."

There's a great deal of truth in that. All the therapy in the world won't do any good if the client isn't willing to change.

I had to get my butt kicked a few times before I learned this. I am a recovering alcoholic who was okay with being in active addiction until I realized that alcohol was making things worse, not bearable. I had to get sick and tired of being sick and tired. I had to want to get better.

Once I decided I wanted to get better, I had a new energy in therapy. I was willing to try anything the therapist suggested until it proved ineffective. When I learned about schema therapy, which is designed specifically to treat BPD, I jumped at the chance to participate--even if it meant giving up my freedom for a while. I put in the effort and I got better.

Recognize the Small Victories to Aid Recovery from BPD

I had to change my standards since the ones I had were unrelentingly high. First, I expected to be an award-winning journalist for one of the largest papers in the country. Then I expected to be a decorated soldier. It didn't dawn on me until after my discharge from the Army that my mental illness would make this almost impossible. I had to learn to recognize my limitations and accept them (How Not to Expect Too Much From Yourself).

Acknowledge the small victories--what comes easily to one person may be a major accomplishment for you. That's okay. Recognize that the playing field is not level and you were given burdens others can not bear. Run the race anyway, but recognize reality. You are running with extra weight. You are not going to be the next Usain Bolt, and that's okay. Compete against yourself and celebrate what achievements are yours.

Recovery from borderline personality disorder is real, and it's uniquely yours. Find the therapy that works for you, put in the effort, and recognize the victories you achieve along the way.

Should Force Be Used Against Someone with Mental Illness?
How the Government Can Help People With Mental Health Issues
ae em
April, 11 2018 at 12:13 am

Any thoughts upon Annette Cargioli ? Youtube: Episode 6 - Help for BPD with Emotional Polarity Technique. At [16m:55s] Cargioli explains emotional dysregulation episodes that lasts 12 .. 72 hours, per some research. The claim that episodes would have different durations, but constant duration on the individual level. At [20m:30s] the suggestion of just wait it out. Tracking the start and end of episodes. Then use this observation to ballpark when next episode will most likely will end, based on start time and expected duration. Then retreat to bedrest, if possible. Comforting? Avoidance of interpersonal interactions implied. With the exception of Cargioli (possibly Jaak Panksepp), there doesn't seem to be anyone else that would be invested in putting a figure next to the duration of dysregulated episodes. Any thoughts on the forecasting duration, end time for episodes? Estimated return to a baseline.

Hi There! I'm the author of the More than Borderline blog. I haven't seen this youtube episode. But what I can say is that duration of episodes can really vary person by person and in my experience, just depends on the situation. I've noticed in my recovery that the duration of such episodes has decreased and I bounce back much faster. In the past, episodes could last several days before I returned to baseline, whereas now they may only last a few hours. But, it relaly varies. I do try to keep a record of my mood in general, which is helpful. It would be hard for me to predict for another person, as it can vary so much, even for me. I hope this is helpful and please keep reading! Thank you for your note. -Whitney

Im 45 yrs old and I think my BPD is beginning to get better. Learning to live alone took many years, confidence wasn't an issue, too much knowledge about self help, did do something. Less is really more. I have no tv, no computer, no real friends, but I love to read and study. Simplicity is best, No kids, no close relationships, no noise,

Congratulations to you on your recovery!
This is encouraging for all of us. I too believe in recover and I think you found yours because you did not give up.
You did the work, a lot of it. Way to go.
Recovery from mental illness is hard work. I know that full well. And we (I) have to continue to work just as hard to hold onto that recovery.
I liked what you said 'compete against yourself and celebrate what achievements are yours.' It puts the individuality into an illness where we are sometimes all painted with the same brush.
Thanks for the inspiration. I am spurred to keep on keeping on.