What Is Your Reason to Stay Sober? 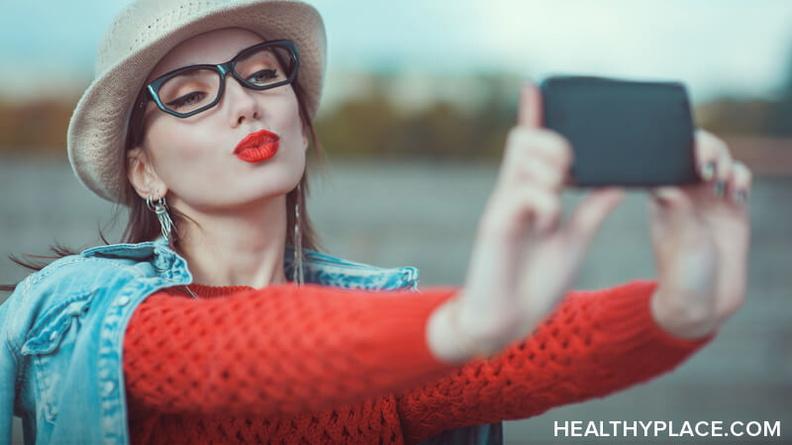 What Happens In Active Addiction -- No Reason to Stay Sober

I started drinking when I was in college and became an alcoholic almost immediately. I had no reason to stay sober. I did, however, have several reasons to get drunk, ranging from "it's payday," to "I need to self-medicate." The more I drank, the worse my psychiatric symptoms became. I drank myself into the police station as a suicide risk on one occasion, but justified that as "my brother is missing." An alcoholic has a nigh-infinite supply of excuses (Alcoholism Symptoms: Warning Signs of Alcoholism).

In Alcoholics Anonymous, there are two sayings about the path of active addiction. The first is "Jails, institutions, or death." The second is "Alcoholics either get sobered up, locked up, or covered up." You do not have a lot of options when you're in active addiction. You will end up either in jail or prison, in a psychiatric facility, or sober. The choice is yours.

Active addiction is progressive and deadly. Thankfully, there are many screenings you can use to determine if you might have a problem, ranging from the C.A.G.E. test (Cutting Back, Annoyed, Guilt, Eye-Opener) to the one on this site (take the Alcoholism Test). If you think you have a problem, you probably do. You have a reason to use--in fact, you probably have several reasons to use. You need to find a reason to get sober.

Finding a Reason to Stay Sober 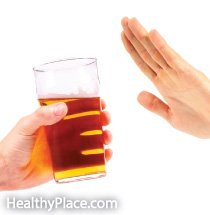 One of my relatives told a story about a homeless man with a puppy. He'd rescued the dog from a trash can, identifying with the dog because, "People think I'm trash." He soon realized that he could either drink alcohol or buy food for his pet. He chose to get sober and buy food for his dog. The dog was his reason for staying sober.

In my active addiction, I managed to drink myself into court-ordered rehab at a state-run psychiatric facility. Abuse and neglect were common at this facility, and I was so miserable that I attempted suicide while there. When I got out, fear of getting sent back there kept me sober for three years. But fear is a poor reason to stay sober, and I relapsed for no readily apparent reason. Eventually, I discovered that I could not write while intoxicated, so I got sober so I could keep writing. Writing was my reason to stay sober. I just celebrated two-and-a-half years.

It is vital to have a reason to stay sober. It can be anything--your family, your freedom, your health, anything. You have to choose between your addiction and whatever is more important to you than that next high.

I have several reasons to stay sober. One, I want to be there for my nephews and niece. Two, I don't want to end up in the psychiatric ward at the hospital. Three, I don't want to have a hangover or any other physical symptom of alcoholism. Four, I want to write, and alcohol is not "writer fuel." Five, I like my life the way it is now, and drinking will obliterate that. These reasons are more important than self-medication with alcohol.

What are your reasons for staying sober?

You can also find Becky Oberg on Google+, Facebook and Twitter, Linkedin, and her blog, One Woman and a Laptop.

APA Reference
Oberg, B. (2015, October 13). What Is Your Reason to Stay Sober?, HealthyPlace. Retrieved on 2022, July 1 from https://www.healthyplace.com/blogs/recoveringfrommentalillness/2015/10/what-is-your-reason-to-stay-sober

How to Develop a Safe Place For Mental Illness Recovery
Is Sexual Abuse an Epidemic?
David
September, 2 2017 at 2:52 am

OCD helps keep me sober; I never do anything by halves.

Since I am a recovering alcoholic, I can relate to Margaret and Women with a Lap Top...Congratulations to you both...You don't need an excuse to drink, but usually we drink because of some under laid problems with others, sickness, being crazy, depression, marriages, friendships, lousy jobs and a whole bit...It takes a lot of work to get out of that hole, because we alcoholics have more than one excuse to drink...I have been sober for 35 years...After I got sober at age 52 went back to school to become an Alc/Drug Counselor...I was so happy and proud, but I truly wanted to be Counselor of sorts, and Alc/Drug was right up my alley...I wish you all continued sobriety and a happy life...,Beviejay Remember when you think there's a problem, there is one...

I am a alcoholic, sober 25 years, but still struggle and go to many as meetings. Great therapy. I have been through rehab 28 yrs ago. Recently put in mental facility for taking 5 valiums, suicide watch. They had total control and I was unable to get needed medications. It was not helpful, just very painful. I also suffer from chronic pain from 13 bone surgery's, some were life changing. After that my Dr of 22 yrs stopped giving me medications. I will run out today, my pain management is 11 days away. I don't want to end up in hospital. Confused on what to do. Baffling disease, and hard to control without some medical help.