When I said that The Courage to Heal isn’t on my recommended reading list, I thought I knew precisely why I felt that way. Written for survivors of child sexual abuse and popular among people with dissociative identity disorder, the book seems to assume that the reader has repressed memories, even going so far as to say in its first edition, “If you are unable to remember any specific instances [of abuse] but still have a feeling that something abusive happened to you, it probably did.” That quote felt deeply problematic to me, but in hindsight, I see that I didn’t fully understand why. Now I do: it’s unintentionally reminiscent of the mind-bending child sexual abuser logic that helped cultivate my dissociative identity disorder. 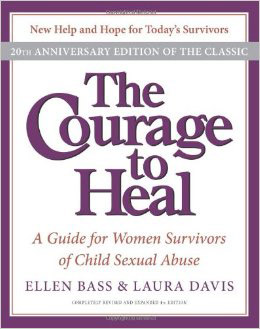 Trauma alone doesn’t cause dissociative identity disorder (DID). DID develops in an environment of deceit and manipulation that helps foster distance between what is true (e.g. being raped by a parent) and what we wish were true (e.g. being protected by a parent). My father managed to get away with his abusive behavior, in part, by constructing his own version of reality and then manipulating anyone he could into believing his reality was the only reality. In this way, he’s a typical child sexual abuser.

The National District Attorney’s Association Bulletin reported a revealing study that was conducted on group of destructive men: child sexual abusers. The researcher asked each man whether he, himself, had been sexually victimized as a child. A hefty 67% of the subjects said yes. However, the researcher then informed the men that he was going to hook them up to a lie-detector test and ask them the same questions again. Affirmative answers suddenly dropped to only 2%. In other words, abusers of all varieties tend to realize the mileage they can get out of saying, “I’m abusive because the same thing was done to me.” – Why Does He Do That? Inside the Minds of Angry and Controlling Men by Lundy Bancroft

Abusive people have so successfully convinced others that they are the victims and the real victims are crazy that when I disclose that my father is a child sexual abuser, a common attitude is, “Well, he was probably abused, too. Have some empathy.” 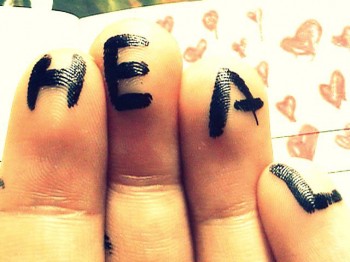 My father defines reality however it suits him, and that’s part of how I ended up with dissociative identity disorder. Consequently, I feel threatened by anything that seems to suggest that the truth is whatever you want it to be. So it helps to remember that this book’s intended audience isn’t the child sexual abuser. It’s meant for their victims – people who have had their experiences denied and minimized so often that they’ve lost touch with their own histories, believing that what happened to them was a series of bad dreams or shameful fantasies that refuse to go away. For those people, I believe The Courage to Heal can be extremely useful and I freely recommend it.

These people are monsters'; host.Their soul mission in life is destroy, other human being, for their own gratification.I am the survivor, of several.
You can not beat them,they have no conscience.Myself,I cut them off, and disappeared, always watching my back.Creating a new space of safety, and well being;trying.
None, of us deserve what happened to us.I am taking back my mind,and soul.God bless

P.S...left a bit out due to stress..
Before i put my current age,..I was able to escape this "semi-hostage" environment in 1986..(11-17) the beating stage was the most damaging as the psychological abuse is still an issue at times.. sobeit.

Thanks for the informative article!
Beth

My abuser is a woman. When i was 4 my mom shot herself. My dad and i moved to another city. Found a woman and we moved in with her, her granddaughter (8years older than me) raised me (improperly) at 7 (1975) she made me fuck and suck her every week until I was 11. Then the sex stopped and the brutality began.
Beaten unconscious with extension cords, locked in closets for days, (2max) starved, tied in chairs, head under water, hands burned on hot stoves. And i was unable to do anything about it. She broke my spirit at 7 so i was scared she would kill me..im 46 now, live alone never married, no kids. on medication for bipolar and p.t.s.d. numb to life some days..

I read this book years ago when I developed ptsd. I began for the first time dealing with childhood sexual abuse that had happened 18 years prior. I found the book helpful and supportive in a way that I needed at the time. I too would recommend it for victims of abuse purely from a survivors point of view.

Dear Holly, Oh! I'm so glad to see you back! I keep watching your YouTube videos over and over, trying to understand and help myself, trying to glean truth. Your videos are the most sound, and helpful information I have seen on D.I.D. online! I can tell you are so intelligent, and working on so many aspects of D.I.D. Thank you for sharing! Thank you for being such a “fighter”!
I was diagnosed over 14 years ago, had many hospitalizations, and but have had no real therapy. (I experienced every kind of abuse from under age two until I ran away at age 18. But no one will deal with D.I.D. No one feels it's a valid mental illness/mental injury! I've tried to find help, but have given up. Holly, all my days are difficult. All of them. I'm just so thankful for you. You are a gem!