I developed dissociative identity disorder in much the same way that many people do. I grew up with an abusive father and a loving, but oblivious, mother who inadvertently taught me how to pretend that what was happening to me wasn’t happening at all. I was an imaginative child and dissociation came easy to me. Telling the truth about what was going on in my home, however, has never been easy. So, when I told you not to go around saying that child abuse causes dissociative identity disorder, I didn’t do it because I wasn’t abused; I did it because I was. 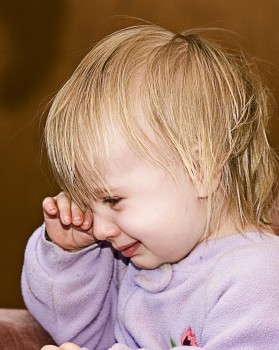 It takes severe, chronic, long-term trauma, beginning at a very early age, to create the identity fragmentation that is the hallmark of dissociative identity disorder (DID). And while there are non-abusive situations – frightening, invasive, and recurring medical procedures, for instance – that can and do foster the pathological dissociation necessary for the development of DID, they are rare and the exception. Child abuse, on the other hand, is prevalent and the rule. An overwhelming majority of adults with DID were abused – regularly and by a trusted adult – as children. So why did I make such a fuss about people saying child abuse causes dissociative identity disorder?

When I was diagnosed, I learned that child abuse is the most common cause of dissociative identity disorder. I hadn’t forgotten my past – it’s a myth that all people with DID repress all memories of abuse – but I hated the fact that if I told anyone about my diagnosis, I’d also be telling them I was abused. I didn’t want anyone to know. I wanted people to believe that I’d been cared for lovingly, by both of my parents, and that my dissociation was the unfortunate result of something – anything – other than my own father hurting me. I was ashamed. So I led you to believe that I was a privileged member of the exception, not part of the rule, not one of you. 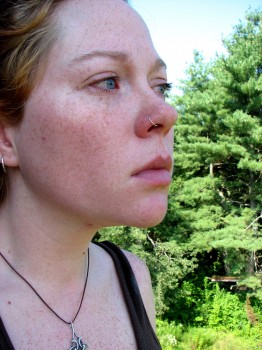 I will never be someone who wasn’t abused by her father. But pretending that I am, may always be instinctual for me – dissociation is a difficult habit to break; shame is a painful thing to confront. Still, I know that my recovery depends in large part upon my willingness to say what I couldn’t as a child. In fact, the single most healing thing I’ve ever done for myself wasn’t some new therapy or specialized treatment; it was telling my mother, finally, after many long years of silence, that my father sexually abused me. But it isn’t just my recovery that this truth-telling business benefits. Covering up child abuse helps to promote its continued existence in the world. Which, in turn, helps to cultivate dissociative identity disorder in yet more generations of children. These days, I’d rather tell the truth. Even though it’s hard. Even though it hurts.

No person deserves to be abused. I was sexually, and yet I myself feel like I was bad so I guess I deserved it and all the hell I have been going through. It ruins lives forever!

Thank you for your courage in sharing. It helped me.

i regret writing that. i should say some of my parts belief there were scary things, but i personally can't say for sure.

i hear you. you are very brave. i still have a hard time accepting i was abused, especially since i live with a sibling who wasn't and has memories of loving parents. i struggle a lot with this. thank you for writing.