I have Dissociative Identity Disorder (DID) and Post-Traumatic Stress Disorder (PTSD), trauma disorders that are both: 1) responses to overwhelming stress, and 2) sources of continuing high stress. Cortisol is an adrenal hormone our bodies create to help us cope with extreme stress, physical and emotional. I began researching the signs and symptoms of cortisol imbalance when it occurred to me that living with DID and PTSD (or any chronically, very-high-stress condition or situation) would logically mean living with elevated levels of cortisol. And whaddyaknow? The top five symptoms are also the top five most frustrating, debilitating, and chronic issues in my life. 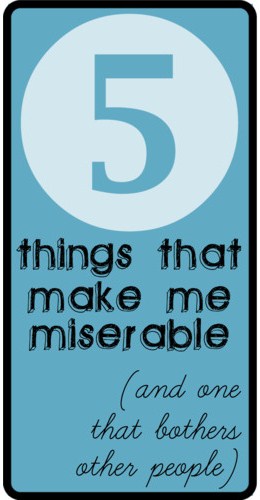 What if I Correct the Cortisol Imbalance?

I've tried everything I can think of to manage these symptoms, with only marginal success that comes and goes. What if I focused on balancing my cortisol levels (assuming, that is, they're as out of whack as my theory supposes)? If trauma disorders like Dissociative Identity Disorder and PTSD really do go hand-in-hand with high (or low, as so many studies suggest) cortisol, it makes sense to approach managing symptoms like mine from a cortisol stabilization standpoint. But ... how? Come back next week to find out!

I have read parts of above posts that hit home. I can't take this crap anymore. I am not saying suicide in any way.
I am saying there is no help for my complex ptsd in the state I am in nor for veterans. Along with I only have 1 kidney and 1 adrenal gland and talk about cortisol and all that, imagine having 1 overtaxed adrenal gland, no family support actually totally opposite with threats including their dirty legal connections that will do what ever they want them to and they r taking me out. We'll they have gotten away with using some of there dirty legal connections to a point and they continue to torture me in various ways to the point where I have no strength to fight back or leave the state for safety. The family has also made sure I have absolutely no other support. I have reached out to organizations, individuals, anyone and here I am not even surviving anymore except for my service dog and I hate the way we can't live. I have complex ptsd which is not depression for those that don't know the difference and continued traumas. Yes it kinda feels like depression, but is totally different. I am scared for different reasons and don't know what to do anymore.

Thanks Shelley, I know you wrote this a few years ago, but I developed a healing method I use professionally and then discovered this year my wife suffered from repetitive childhood sexual abuse. I help people reconsolidate memories - but I'm now involved with understanding how my wife could live for over fifty years completely oblivious to the high levels of abuse she suffered. I read elsewhere that high cortisol can make it impossible to remember an event that happens during extreme stress. Thanks for sharing your experience - if you check out my ICE Method at my website, I'd love to be in conversation. All the best, Lars

I'm curious about the fatigue aspect and your comment about speed. I, too, have found the usefulness of amphetamines in both focus, ability to accomplish the things I need to do and in combating fatigue. I was prescribed a low dose Adderall XR and did really well with it for a few years. Eventually, it took its toll on me physically. I discontinued it, due to problems with dissociative and/or postpartum psychosis. I was diagnosed with DID shortly before I had the psychotic break, overwhelmed with a new baby and a new diagnosis.
I've considered recently the possibility of going back on Adderall. My hesitation is that psychosis is no joke. It creates wreckage in my life that takes a long time to recover from. I don't want to wind up in the midst of a psychosis again.
Have you had experience with prescription amphetamines? If so, how long were you on the medication for? Did you deal with any psychotic symptoms?

Great article for anyone living a stressful life.
I'm a singleton but my stress levels have been higher than I would like being married to a recently diagnosed multiple.
I have had very good results with supplementing vitamin C and magnesium.
My story is obviously anecdotal but, there is research supporting that both can be helpful with managing excess cortisol.

Is anyone else so traumatized and anxious etc by seeing the other personalities and then seeing through them as u know how they think and why etc. I find it do traumatic when I catch the micro amnesia mOments n see how they think. Then I realize we even talk like that in real world too. Then I c the whole pic n it is scary, brutal n traumatic. To c the tole n part of my life n how it's all shattered is brutal n traumatic for host but what else can u do. So scary to see damage done to selves. The grief wk is hard but rewarding as I know can never ever be a kid again but they r and just want safety so have to give them love n safe environment as best as can. Hate seeing switches as they all join in with own opinions. I just see how comPlex my DID is n it's bad. Hate seeing n recognizing truth of splits. It's brutal but necessary in my healing as soul integration is all we seek and what we all came for. To be one conscious whole n watch each others Baks for a change. I just feel so alone with it all as ppl don't understand Unless been there. My amnesia is shocking and constantly triggered by environment as old memories are made new again. Horrific. Worst of all I still can't remember my abuses properly n abuse they put me through when once upon a time we knew all our histories until multiple therapists abused us even more and worse to point I created a fugue system n original hosts went underground. So brutal. My life is just unheard of n always feel like a freak and that I can't talk about family as bombarded by bad memories that no One should have to hear let alOne live through to this day.
My silly dad did not even congratulate me on preg. Just negative as usual n that bought back flood of memories and living with parents. Ouch. Sorry to annoy use or upset anyone didn't mean to. Clearly my alone and lonely alters came out as ate feeling more safe n wanting to connect with someone. No doubt ourselves internally as we know Dan never rely on real ppl. Sorry mUst be hormonal. Ignore me, I'll go away. And yes I do personally notice all switches as writing this and hate the proof Even more. Ouch

Hi Holly,
The best way I have found to manage stress is to try different methods for different personality states as they all need to feel safe. Once they n we have all agreed as a whole only then do we mix it up n teach each other the dynamic principles of practice makes perfect when ur mastering any new skill or talent. Someone will always remind us or tell us to breathe. Tag teams usually work best for me when they cooperate and want the sense of love, positive rewards that internal mummy gives them. This too I find very healing as live is what most ppl need to survive n thrive n be safe. We practice different techniques eg breathe, draw, knit, play games or anything that gets us out of stress response so body can feel relaxed. Obviously different things work at different times n Unfortunately sometimes nothing works other than what that personality needs. Eg talk etc. I have learned through own healing that if we meet there needs they r all more than happy to cooperate. Need for comfort, safety, protection, nurturing etc then they are more receptive too. Hence this naturally reduces stress hormones n we all feel the relief psychologically, emo n physically. It's great. It's a matter of knowing n being realistic that life has its ups n downs but it is about whethering the storms. The more tools u have in ur tool box the more easier n safer aswell as relaxed one feels within themselves. To know ur selves n to know them is a huge stress relief. For me anyways. Why wouldn't I love them all no matter what like a real mother should. They all gave up n sacrificed their lives for me so how could I not repay them by helping them to heal n grow all in their own time by not forcing anyone as participation is purely voluntary. Give them rules to counteract trauma thru live n they heal quickly as is basic human need that all deprived off.
Find ur own unique formulas that wk for u. Experiment with healthy n adaptive functional ways of living n life just gets better n better. They r all worth it. U r worth it too. I find following my heart n being true to it the quickest way of getting their for myself personally.
Control what u can n educate urself about stuff u can't n get it right for urself. U deserve to be happy n free n do do all ur little ones inside too. Do it as a whole. It's so much easier. Best thing about healing is u don't ever experience the same trauma twice or in same intensity. It usually begIns to evaporate when u deal with it as u accept it as a part of ur life. If I can do it u can do it too. Gd luk n keep up gd wk.
By the way I am 13 weeks pregnant n there isn't anything I wouldn't do for that kid before it is born cortisol prObs or not. For me at times mind over matter n do vest u can with what u got. So I want u to know no matter how many health probs I have or anyone may have always believe in urself no matter what. If I listened to drs n researchers instead of selves mixed with own research I never would have got there. At end of day where there is a will there is always a way. Just find it as u haven't got this far for no reason. I'f I could overcome m self manage Crohns disease, Ibs, endometriosis, infertility, massive food intolerances, infertility treatments, DID, PTSD, anxiety disorders, massive amnesia etc in order to get to where I am then u can do it too as others have it worse than I do. Simple as that. N if u think it's not true just think of third world countries n u will c what I mean.
Better stop chatting as we get too excited n just want to help all ppl. Goodnight