When I was in college I confided in a friend about an incident at a party that left me feeling taken advantage of. Initially I was taken aback by her outrage on my behalf. A few days later, I was equally shocked by her hostility towards me. It took many years before I understood that Dissociative Identity Disorder played such a large role in the party incident that I came away with an impression of it that wasn't accurate at all. By reporting it to my friend, I essentially told a lie, though I didn't realize it at the time. Today her wildly varying reactions make sense to me because I have a much better understanding of the potential pitfalls of my dissociative memory. 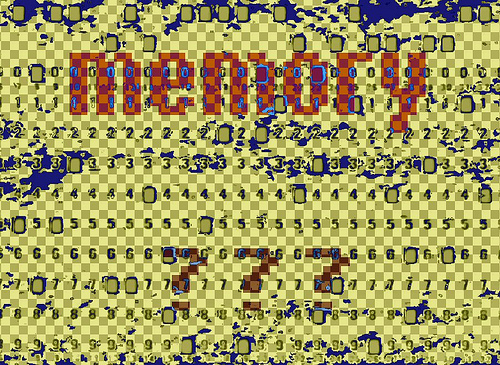 When I say that hunches aren't memories, it's because I know firsthand how easy it is to draw conclusions from dissociative memory that seem perfectly reasonable, but aren't at all accurate. In this video, I share with you what I first believed happened at that party so long ago, and the real story I discovered much later.

Why The Courage to Heal Isn't on My Recommended Reading List
Dissociation and Depression: An Unholy Matrimony
Leslie
August, 21 2014 at 12:31 pm

Thank you for posting this. I've had many circumstances like this, especially since I have one of the personalities in my system who, for a long time, liked to get us into these situations and then would bail halfway through them, leaving someone else coming to in the midst of a scene like this, asking, "Wait! Why am I here, what I am doing? OMG, I've got to get out of here!" There were times of legitimate victimization, however, I would feel a lot of responsibility and usually not pursue any sort of accountability for the abuser.
It's been 3 years since I was diagnosed and I'm finally coming to terms with having DID. I really appreciate your blog, it describes things in terms I can understand and provides me with tools. All too often, I don't feel like I can really express what is going on inside, nor do I understand it. Some protector part typically decides it is embarrassing and people will look at us weird and I don't speak up about it. Until I read the entry of intrusive thoughts, I didn't realize the visions I have of horrible things happening to my children were just that, intrusive thoughts, apart of the disorder I deal with, not proof of me being awful. I'm glad to have found this and I'll continue reading and no doubt finding the words for what I often don't know how to express. Thanks again.

Hi I do not have DID. I have bipolar disorder,
but was interested to read your comments as I feel
inappropriate and exaggerated responses to life,
and certainly total memory lack of my childhood.
The only things I can remember are dreadful events,
and even then I doubt my own memory. I suffer with friendships and certainly loss. Finding and keeping friends seems to escape me. But for the most part I am able to put the unconfirmed memories to the back of my mind. I wish you all well. And thank you for sharing your stories.

I am very confused because I have issues with trusting my traumatic memory. I do not know much about it and it is very scary. It has practically destroyed a lot of my life. And recently before your article I began to question what my alters tell me.

Hi knana81,
What you're describing is a common struggle with people who have Dissociative Identity Disorder. In fact, I've never met anyone with DID who hasn't, at one time at least, but more usually on a chronic basis, become lost in confusion and distress about traumatic memory. In my experience, the best thing anyone with DID can do for themselves is learn to tolerate ambiguity, learn to accept not having the answers. It's profoundly uncomfortable at first, but it gets easier and easier.
I still sometimes get distressed about this fragment or that fragment, and want answers. The uncertainty is troubling. But eventually it abates and I remember that I may never have all the answers. Better to learn to live with the questions.
In other words, it's okay to not know the answers. It's okay to question things. It's uncomfortable, but it's part of having DID. Actually, it's part of being human. And for what it's worth, I personally believe we are all capable of finding our own truth. Eventually. But it requires learning to tolerate ambiguity and refusing to force conclusions that you're unsure of.
It's hard. But it gets easier.

I think you're being a bit harsh on yourself by saying that you told a lie to your friend. You told the truth within the context of the information you had - you had felt uncomfortable in a situation. How you reacted to that discomfort is consistent with your trauma background, and similar to what Natasha mentions, similar to others who have mental health issues. I've been in very similar situations, and I can now look back and see how I was triggered... The thing is, our feelings of being triggered are valid, it's our reaction to those triggers that we need to work on.
I agree with what you've written about being wary of relying on hunches. But, we also have to be very careful not to invalidate feelings as well. It's a delicate balancing act. I think this is possibly why I am so reluctant to share much of my trauma history with anyone outside of the therapists office. There is so much still uncertain in my head that it would be very easy to say something that is one view of the situation, and not be the complete picture. So, I work on the emotions those memory fragments evoke.
Take care,
CG

Hi CG,
You make a good point. I mentioned that it was essentially an unintentional lie because that's precisely what it looked like from the outside. So I do know I didn't lie, as in deliberately falsify the facts. Even so, it's true I've been a little hard on myself about the incident in general. I feel bad about it, honestly. And not thrilled at all about the way I inadvertently left people - a good friend, even - believing I'm a liar. That's hard.
"I agree with what you’ve written about being wary of relying on hunches. But, we also have to be very careful not to invalidate feelings as well. It’s a delicate balancing act."
Agreed. It's not a balancing act I've perfected by any means. Maybe one of these days .... :)

Holly,
Insightful and probing. I understand this must be very striking for someone with DID, but in all honesty, your average person experiences something like this (but to a much lesser extent, obviously).
One of the things people with a mental illness do is react unreasonably to stimuli. For example, when depressed, the tiniest little thing will make me cry, the tiniest slight from a friend might make me think my friend hates me.
Ah, feelings there have validity, but aren't reasonable considering the stimuli. See it all the time.
Really an excellent piece to think about no matter who you are.
- Natasha

Hi Natasha,
Thank you!
"One of the things people with a mental illness do is react unreasonably to stimuli. For example, when depressed, the tiniest little thing will make me cry, the tiniest slight from a friend might make me think my friend hates me."
That's a good point. I'd say "overreaction" but that carries connotations that don't fit my intent. It's so true - I too have become convinced a friend hates me for basically no reason at all except that I am depressed or anxious. It's frustrating. I prefer it when I feel more grounded than that. ;)

I've had similar experiences where I personally have felt threatened by a situation and then an alter has taken over and the situation, in fact, ended up being unhealthy or inappropriate on MY end moreso than the other person's. It's a rough reality that I don't think enough people are willing to talk about because it can feel like you then have to say that nothing was ever abusive in your past. I don't think that's the case at all. The fact that you felt SO incredibly threatened in that situation to switch to an alter who felt more able to deal with the situation is a huge red flag in and of itself. However, that situation most likely reminded you of an event in your past when you weren't able or allowed to have an emotional reaction, so you were having it then. Delayed. At least, that's what I've found in my own experiences.
Thanks for sharing your experience.

Holly,
If I'm understanding this right, it was an alter who told you a different version than you remember.
What made you believe the alter over your memory of what happened?
Did you connect with the alter & then realize it was the truth?
Was it that your friend confirmed it?
Thanks for posting this...

Hi Lenore,
I appreciate your questions, those are all good things to bring up.
It wasn't that I was told what happened per se. It was more that the entire experience was shared with me - essentially a "recovered" memory. So no one wrote me a note and explained what happened, or told me in my head, or anything like that. It was more like I remembered the rest of the incident. It's an interesting experience receiving memory from another part of the system. It's almost like a veil is lifted and you remember. At least that's how it felt in this case.
"Did you connect with the alter & then realize it was the truth?"
Yes, I suppose that's the best way to put it. I didn't confirm it with any outside source. I didn't need to. It was a very confusing situation for me and I never quite understood it, until I realized the entirety of what happened. Then it made sense.

Forget it, I was able to watch it.

I keep getting an error message 1:03 into the video. Is anyone else having this problem? Might be my connection.