What Is Dissociation? Part 4: Identity Confusion

I used to make lists of things I liked and didn't like. If I wanted to marry and have children, that went on the list. If I enjoyed musical theater, that too went on the list. Inevitably a day would come when I couldn't imagine wanting to marry or liking musicals. I was perplexed as to why they were on the list in the first place. So I'd start a new one. I was trying hard to figure out who I was. As soon as I had a decent handle on the nature of my identity, it would slip through my fingers once again. I kept these lists in an effort to pin down my sense of self in a concrete and lasting way. What I didn't know is that I have Dissociative Identity Disorder. Identity confusion is a normal, if monumentally frustrating, part of DID. 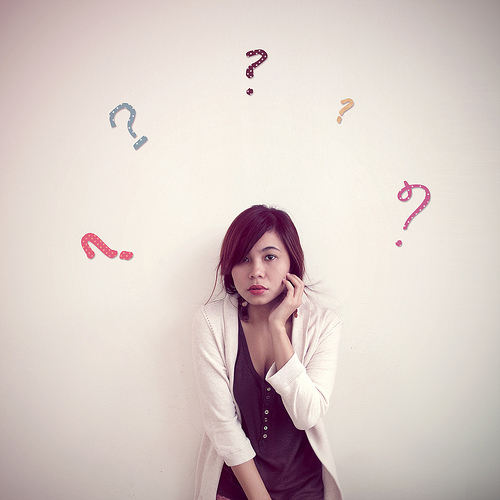 What Is Identity Confusion?

Identity is complex, multi-faceted, and ever-evolving. No one has an entirely cohesive, static sense of self. Confusion about who we are from time to time is part of being human.

Someone with dissociative identity disorder ... is constantly wrestling with separate, often adversarial identities that are engaged in a battle for control over that person's mind and body twenty-four hours a day. - The Stranger in the Mirror, Marlene Steinberg

For me, identity confusion is far more pervasive and unsettling. My sense of self is a battleground where wars are waged. These wars impact life in profound and upsetting ways. Decisions about where to live, what sort of work to do, and who to create relationships with are guided in large part by identity. For example, a heterosexual, christian woman will likely make different life choices from a gay, atheist man. Navigating life with Dissociative Identity Disorder requires balancing such deeply conflicting identities. And that's no easy task. At times, severe identity confusion stalls any movement in any direction. The ability to recognize identity confusion for what it is helps. Not because recognition clarifies the issue of my identity or frees me from identity confusion's paralyzing effects. It doesn't. But it frees me from the expectation that I should know who I am.

I'm also suffering with DID. I'm in a relationship with a man but can't bring myself to have sex with him because another part of my personality is a lesbian. I'm feel so messed up!!! It's not fair on him or me but I do love him just another part of me loves girls.

This is the part of DID I struggle with the most. I'm currently struggling with a personality who was involved with a 12-step fellowship for many years and believes herself to be an addict. She is crushed that not everyone in the system believes this. Another personality believes that we'd feel much more secure if we returned to the religion of our youth. Yet another one wants to move to be closer to the spiritual center we attend periodically. And so on. I find myself believing that I'd be happy and stable if I were to lose myself in a particular identity, only to have that shift as soon an I switch personalities. It is incredibly frustrating. I feel embarrassed and phony much of the time.

I so know what you mean. I wear blue all the time, and I always have. Blue calms me. My home office, my cave away from the chaos that is my family, is blue. Ask me what my favorite color is and Robin blurts out "purple" every time. Fortunately I like purple too, but it's just one of those kooky things you learn to live with.

Hi Wes,
Your story made me smile. I can relate. Gifts often confused me in the past. People would give things to me that they described as being obviously meant for me, "it had your name all over it!" - that kind of thing. And I was perplexed as to why on earth they'd ever think I'd want/use such a thing. Now I just figure these things have someone's name written all over them, just not mine. ;)