Among those with Dissociative Identity Disorder, there's some debate about whether it should be called a disorder at all. Some even view DID as evidence of mental health. When you consider that its development is regarded as an example of adaptive functioning by many of both those who live with it and those who treat it, it's easy to understand why some might dispute the mental illness label. Mental illness by definition implies maladaptive functioning - it interferes with and disrupts daily living. But Dissociative Identity Disorder is often described as life-saving. Which is it? 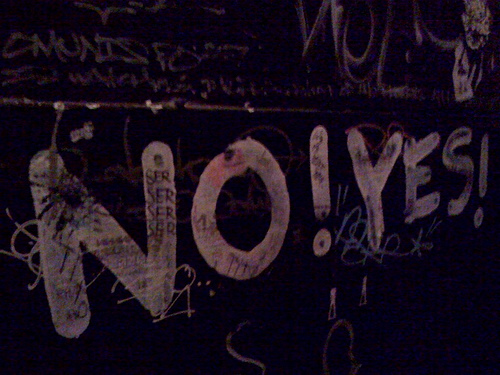 When I was a child, Dissociative Identity Disorder was adaptive. Among other things, I needed to:

I can't say for sure, but I suspect none of that would have been possible without Dissociative Identity Disorder. Though people with DID are all unique, I have no doubt most could come up with a similar list of ways DID helped them get through childhood. Still, there are ways in which DID was maladaptive in childhood. But for me, and I'm sure this is also true for many others with the disorder, it solved more problems than it caused. 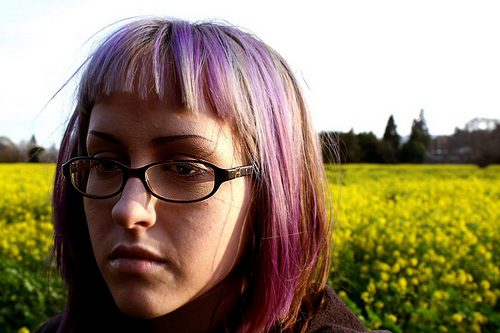 Today, Dissociative Identity Disorder is maladaptive. It impedes functioning by:

Occasionally I find myself identifying upsides of having DID, ways in which it continues to be adaptive. I often joke, for instance, that we can get through a wide array of challenging situations because "there's someone for everything." But for the most part, I consider Dissociative Identity Disorder maladaptive in my life now. It creates more problems than it solves.

I agree that it is both a mental health and mental illness. The mental illness is just tough to digest. I am mad, frustrated, embarrassed, and sad that I have a mental illness because of what someone did to me. The world can’t see that my struggles with addiction, , self harm, insomnia, and many other issues are the result of what happened to me as a kid. I am a 44 year old adult still struggling from the effects. It has cost me relationships, jobs, and thousands of dollars to help deal with all of it. It’s cost the insurance company over $100k. I guess I should be grateful it is considered a mental illness and I have insurance. Sorry, that’s off the topic. I guess no matter how it is viewed by the world, the important part is I survived some very traumatic stuff the best I could so I need to give myself some grace and focus on healing so I can enjoy being a mom and know that my son will never have to experience what I went through as a kid.

As the partner of someone with DID, I very much consider DID a severe impairment. My partner is still in denial about her diagnosis. Meanwhile, I am having many sudden legal issues coming from her. Her current persona wants to sue me to force the sale of our home of 25 years. In reality, according to her doctor, the personal I bought my house with no longer exists. So, did "she" have a right to enter into a mortgage contract. Am I at the mercy of her various personas? We will make a financial agreement, but then months later, none of her personas remember that agreement. It is getting incredibly difficult, especially since she still believes she is just fine.

It's wonderful to know that being raped and abused as a child I have one more "disorder" to add to my laundry list of issues. As if the sleepwalking and waking up in weird places isn't enough. Losing your coat in March in the middle of the night is always a fun thing to explain to people.

Hi Sandra,
Thank you for your comment. What you said really touched me. Dissociative Identity Disorder is many things, but fair is not one of them. There's nothing right or okay about the fact that you're paying the price for other people's choices to this day. I try not to think about DID from that perspective because it makes me angry. But quite frankly, anger is appropriate.

What a discussion! I am so torn - but that's the story of my life! I have been struggling to accept that I am "disabled" with a mental illness for years. I just have not been able to integrate these ideas into the image I have of myselves. I recently have been hearing that DID is not a mental illness, that I am not insane...this is pretty exciting to me and I am very much examining it as a possibility.

Hi Sarah,
Thanks for your comment.
For what it's worth, I don't believe having Dissociative Identity Disorder means insanity at all. I think it means that your mind was able to creatively protect you when no one else would. There's a kind of victory in that, I think.

I do not care for the words mental illness myself. To me these words conjure up images of people who cannot function in life at all. Many people with DID can, and do, function quite well in life. I lived for 20 yrs. on my own, holding down a job and paying all the bills with no one even checking up on me or suspecting anything was seriously wrong with me. The word disorder, however, I have no problem with. When a person does not have a continuous memory of their life because of the way their memories were stored during trauma and they continue to store memories this way into adulthood, it is a serious disorder in my opinion, although not one I am ashamed of at all anymore.

Carla, thanks so much for sharing this. I understand why "disorder" is acceptable for you while "mental illness" is not. The latter is ripe with stigma. The former is less weighty, less potent.
"When a person does not have a continuous memory of their life because of the way their memories were stored during trauma and they continue to store memories this way into adulthood, it is a serious disorder in my opinion, although not one I am ashamed of at all anymore."
Shedding the shame is hard. Good for you for accomplishing that. I don't feel ashamed of it these days either. Though I do admit I sometimes feel insecure or embarrassed about something related to DID - like taking my son to his first day of middle school on what was actually the second day. That feels different than shame though.

I think it involves sufficient levels of disordered experience and behaviour for those who seek treatment to warrant a diagnostic category in the DSM. But whether it's strictly speaking an illness, well, that seems debatable. I mean, a lot 'illnesses' are the result of adaptive responses on the part of the body -- e.g. autoimmune diseases where the body's protective instincts go into overdrive.
Nothing about DID is clear cut. And as the poster above mentioned, folks dealing with it have faced enough without adding the burden of having to show proof of cause to get the help they need to deal with the reasons behind such extreme dissociation...
Which I suppose is another angle to look at this question from. Since dissociation is generally viewed to be a spectrum, and DID is the final stop, then does it become a mental illness simply by virtue of being so beyond the level that most people experience it at?
And maybe the medical model just isn't the whole story in this case?

Hi Kate,
Thanks for commenting.
I'm not sure what you mean when you say, " ... folks dealing with it have faced enough without adding the burden of having to show proof of cause to get the help they need ...." Specifically, I'm confused about the phrase 'proof of cause.' Do you mean cause of Dissociative Identity Disorder? If so, let me reassure you that proof of trauma history is not part of the diagnostic criteria for DID.
"Since dissociation is generally viewed to be a spectrum, and DID is the final stop, then does it become a mental illness simply by virtue of being so beyond the level that most people experience it at?"
Ah good question. I would argue that DID itself exists on a continuum. Some folks live with very high degrees of separation between parts, with very high degrees of dissociative amnesia. Other systems are more fluid, capable of freely sharing thoughts and information. Still, on a dissociative scale, Dissociative Identity Disorder is the most extreme manifestation. If it's a mental illness in part because of that - because it's " ... so beyond the level that most experience it at" - I would argue that's a legitimate component. It stands to reason, for instance, that time loss might be pathologized in a world where you can lose your job because of it. Whether or not time loss might be pathologized if no one cared if you went to lunch and didn't come back for three days I don't know.
"And maybe the medical model just isn’t the whole story in this case?"
If by "medical model" you simply mean "the various symptoms and features that together clinicians define as Dissociative Identity Disorder" then for the purposes of this blog, it is the whole story. By that I mean, I write about Dissociative Identity Disorder, not other forms of multiplicity. I've certainly heard of them, but I'm out of my depth on that subject matter and am therefore not equipped to address it. If, on the other hand, you're referring to other models of DID - sociocognitive? - well, that's another discussion altogether.

Yes. it should be listed as a disorder, if it isn't *no* insurance would ever cover any services whatsoever, because if it's not an illness or a disorder it doesn't need treatment. Yes it was a way of coping with something, it did save lives, but in the present, it's interferes with daily living. What we need, is for it to be recognized as physiological and "just in our head", so we can get therapy paid for.

Hi kate e.-
Thanks for your comment.
Your point about insurance is a good one, and in re-reading my post I see I should have either worded the last line differently or left it off altogether. Because while insurance is obviously important when discussing treatment, in this post I was speaking more to how those who have DID conceptualize it, and not whether insurance companies accept it as a disorder or not. I am comfortable with the term "mental illness." But not everyone with Dissociative Identity Disorder is. I've met folks with DID who are in therapy, who understand that as far as their insurance company is concerned they are mentally ill, but reject the label for themselves. I've heard DID referred to as Dissociative Identity Response, for instance, many times by people who accept that they need treatment but choose not to let the maladaptive features of DID define their condition.
So my question should not have been, "Should DID be taken out of the DSM and regarded entirely as adaptive functioning that doesn't need treatment?" though I see now that my last line might have implied exactly that. My intention was to ask, "If you have DID, do you accept the word disorder and/or the label mental illness? Or do you focus on how DID has served you and define it (for yourself) from that perspective as something other than a disorder?"