From Trauma to DID: The Denial Factor 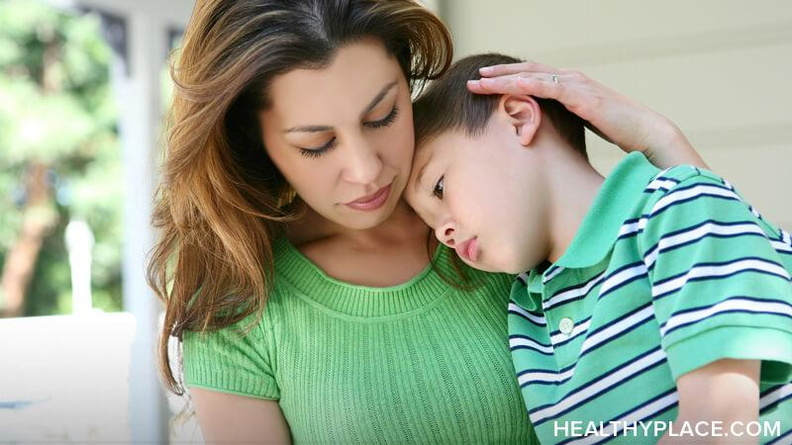 Monday's blog focused on the role physiological and psychological sensitivity played for me in developing dissociative identity disorder. Today we tackle denial. The second of my four categories of causation, The Denial Factor, postulates that the chronic refusal to acknowledge trauma has a direct dissociative effect on the malleable identity of a child. I believe that for me and countless others, denial was a harbinger of dissociative amnesia and a potent force in the journey from trauma to DID.

Imagine you're at a public lecture, in a roomful of strangers. Suddenly a man storms into the auditorium and runs down the center aisle, waiving a gun and shouting threats. The speaker stops talking and the entire room is frozen, watching the man careen through the lecture hall and out the exit door. The whole incident lasts less than a minute.

When it's over, the speaker simply continues her lecture where she left off. There is no acknowledgment of the scene you've just witnessed. You turn to your neighbors, looking for a nod, a grimace, anything that validates what you've seen, to no avail. All eyes are on the lecturer. It's as if nothing happened.

After the lecture, people are mingling. You gather your courage and say to someone, "That was wild huh? I thought he was going to shoot someone!" They look at you quizzically and say, "What are you talking about?"

How long before you begin to wonder if it had happened at all? How long before the enormous pressure of denial forces your mind to succumb to dissociative amnesia? Though your identity likely remains uncompromised, your faith in your sanity might not, if only temporarily. 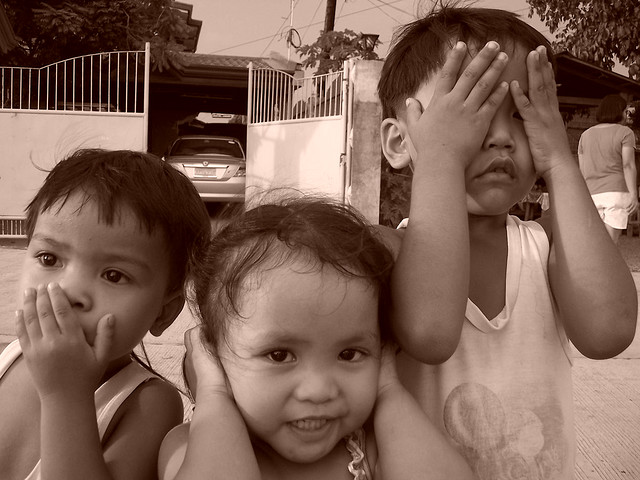 But imagine that you're a child in the above scene, and that instances like these are recurring. You repeatedly suffer traumatic experiences, and repeatedly they go unvalidated. This degree of denial is more than minimization, more than a pat on the head and a it's-not-so-bad. It's a command to abandon reality. If something terrifying and painful happens to a child, and it's dismissed and ignored, dissociative amnesia can become more than just comforting, but necessary for survival.

"If an individual is traumatized in early childhood and the experience is so overwhelming that he is unable to process it, the child may dissociate to survive. DID results when the dissociation becomes severe enough to allow the child to compartmentalize parts of himself from consciousness and experience them as separate from the core self."

I don't know enough about child development to say for sure, but I suspect it's a rare child indeed who can process overwhelming trauma alone, without help of any kind, amidst the onslaught of denial. I wasn't that rare child. And The Denial Factor is, I believe, part of the reason I have DID.

Complete Series: From Trauma to DID

Tags: denial factor in DID

APA Reference
Gray, H. (2010, August 19). From Trauma to DID: The Denial Factor, HealthyPlace. Retrieved on 2023, February 7 from https://www.healthyplace.com/blogs/dissociativeliving/2010/08/from-trauma-to-did-the-denial-factor

From Trauma to DID: The Sensitivity Factor
Love and DID: Sometimes More is Less
airsoft 3 round burst M16
February, 20 2015 at 3:40 pm

I love what you guys are up too. Such clever work and coverage!
Keep up thee good works guys I've added you guys too our blogroll.

My mum was intent on not having family problems, on being a perfect mum, with perfect daughters. I think it’s because my parents’ marriage was desperately unhappy and she was compensating for it in her own screwed up kind of way, but it did create an atmosphere where I couldn’t say anything about other stuff that was happening because it would have got me in trouble for disrupting the image we were creating. Because we're a happy, loving family and nothing bad ever happens in happy loving families. Because if I was perfect then no one would call our family 'out' on how dysfunctional we were.
I also think this is why there was such a bad reaction to my mental health issues when I was a teen. It was swept under the carpet, never mentioned.

Hi Shadow,
Thanks for commenting on this.
I truly believe that external denial of reality can be a very powerful thing. One cannot hold on to one's own sense of reality when everyone who shares that reality completely disavows its existence. I suspect this dynamic may play a role in the development of Dissociative Identity Disorder for many people. And it's clear why: the brain must find a way to make what is real be not real or it will exist in a state of constant confusion and anxiety.
"It was swept under the carpet, never mentioned."
I think this is so damaging and I hope that there is more awareness of mental health issues today and less outright refusal to acknowledge real suffering.

Hello Holly, I`ve just come upon your blogs, and this one really strikes a cord with me. When I was small my father would rage throughout the house screaming, throwing things, hitting walls, threaghtening, etc. and my mother always told my siblings and I, stay still, don`t make a sound!. And after these rages were over nothing was ever said, or allowed to be said. If I even squeaked out a comment both my brother and sister would say stop, we are not going to talk about it, and my mother never said anything. No, are you O.K., or , that was scary, nothing. Never being allowed to mention it or talk changed me, and actually set up the situation where I turned inward and talked to myself. This extended over many years and I turned inward about any trauma I was experiencing, and I dis-engaged from reality and the outside world. Along with childhood molestation I know my DID sprang from these roots.

Hi kerri,
Thanks for your comment.
Your story is an excellent testimony to the fact that some children do in fact live in environments where very frightening situations are not just dismissed or minimized, but entirely unacknowledged. Many children have been told, "It's not that big of a deal" or "Don't make mountains out of molehills." That kind of minimizing is painful and has consequences. But then there are situations like the one you describe: nothing whatsoever is said about the event, no mention is made, not even to minimize. I wonder if people who haven't experienced that can grasp how profoundly bizarre and confusing that is.