From Trauma to DID: The Sensitivity Factor

On Thursday, I discussed trauma, a contributing factor in the development of Dissociative Identity Disorder, and how assumptions about the severity of that trauma initially scared me into rejecting my DID diagnosis. But through research, meaningful dialogue, and no small amount of rumination, I more clearly understand now why I have DID. I identify four categories of causation, the first of which I call The Sensitivity Factor. Having come into this world a highly sensitive being, traumatic stress can easily surpass my tolerance threshold. Subjected repeatedly to situations that overwhelmed my capacity to cope, dissociation became my only escape. 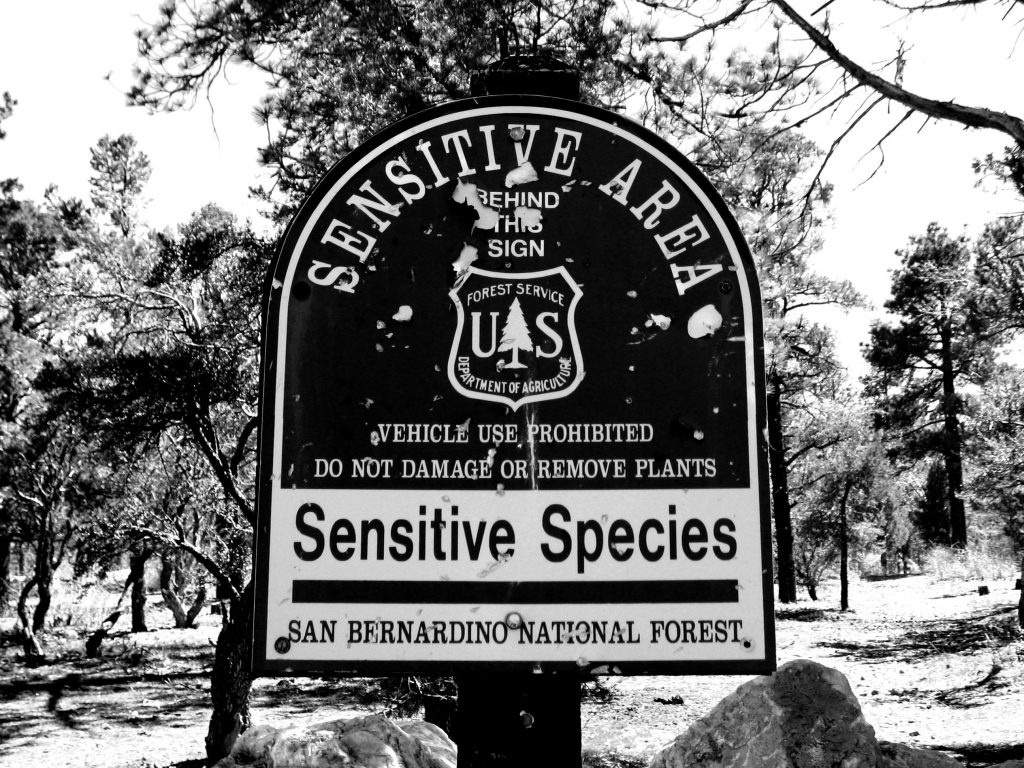 For the purposes of this discussion, I use the following definitions of the word 'sensitive':

The Sensitivity Factor, therefore, theorizes that I am considerably susceptible to traumatic stress; and that what constitutes trauma for me may be different than for someone less sensitive.

The Sensitivity Factor in Action

Headed to the pool for a swimming lesson recently, my son fretted about a scrape on his knee. He worried that he wouldn't be allowed to swim with it uncovered, but also feared that a bandage might come off in the water. Now, my son is a cautious, sensitive boy. Approaching authority figures makes him particularly nervous. I knew this, and accompanied him to ask the lifeguard about the scrape. She gave him a waterproof bandage with instructions to put it on before getting in the pool. We thanked her, walked away, and I watched as my son applied the bandage. He struggled with it, his whole body shaking dramatically. It looked like traumatic stress minus the trauma. I was stunned to see how unnerved he was. It was like seeing myself as a child, overwrought with adrenaline and anxiety.

If approaching a lifeguard about a scraped knee produced such reactive anxiety, how would my son have been affected if she'd become angry and yelled? What if she'd jumped from her chair, grabbed him, and thrown him in the pool? What if she'd hit him? I'm convinced that my son, subject to The Sensitivity Factor, would have suffered traumatic stress to a degree that less sensitive people would not. The difference between his experience and some of my own from childhood is that the lifeguard did not yell, did not toss him in the pool, did not hit him. The absence of trauma kept a distressing experience from intensifying to a point that left him no choice but to dissociate. But witnessing him that day, it was obvious to me that it wouldn't take much escalation to overwhelm him, just like it didn't take much to overwhelm me. My acutely sensitive nature, you see, is part of how I got from trauma to DID.

Complete Series: From Trauma to DID

APA Reference
Gray, H. (2010, August 16). From Trauma to DID: The Sensitivity Factor, HealthyPlace. Retrieved on 2020, March 31 from https://www.healthyplace.com/blogs/dissociativeliving/2010/08/from-trauma-to-did-the-sensitivity-factor

Repressed Memories of Child Abuse: What I Wish I'd Known
From Trauma to DID: The Denial Factor
Valerie Valentine
June, 12 2017 at 7:53 pm

I have a question I'm a highly sensitive person and was sexually, physically, and mentally abused as a child. I'm lead to believe that i might have DID. Bt I remember every able at least I think I do. Does having DID effect Highly Sensitive people different?

Hi Holly,
Since some weeks now my psychiatrist has shown me that the symptoms i have are very similar to a mild DID (not the real DID, i.e. i do not miss time, but i do switch regularly.). Same as you I have had a hard time accepting this as I have no real trauma things occuring. But for me only valid conclusion is that is has had to do with my high sensitivity as well as with the long term stress that that gave me. I'm very glad to read you say this out loud as well. Thank you.
Another factor my psychiatrist told me, that makes a lot sense to me as well is: Intelligence... He says, that people with less braincells simply have less capacity to make all those alters in their heads. They find other ways to deal with stress at an early age.
Anyway, wishing you all the best in your life!
L

Holly thanks so much for this series and the many others.
Sensitivity I wonder if I was predisposed to be sensitive. thinking that my mother was DID as well. Did I get this sensitivity from her?
Trauma that's a for sure!

Do you rememeber being sensitive before trauma entered your life? I dont see how you can seperate cause/ effect on this . I am sensitive to anger and loud noises....I had a father who drank and had rage attacks...coincidence?
your fav devils advocate NancyE

NancyE -
Oh man, you really are my favorite devil's advocate! And you make a really valid point. Because no, I don't remember being sensitive before trauma entered my life. I mean, trauma was a part of my life from the beginning as far as I can tell. So there's really no way to know for sure what I would have been like in trauma's absence. I can't definitively separate cause and effect, you're right.
I believe that an inherent physiological and psychological sensitivity is part of why I have DID, but I can't prove it or point to any solid evidence. The main reason I believe it is because of my son. I watch him and I know that he feels things to a greater degree than a lot of people. Something that's mildly intimidating to other kids is terrifying to him. Something that's a bit disappointing he's despondent over. I see it and I relate.
Even so, you've got a point. Maybe I relate because trauma created that sensitivity in me. And maybe his sensitivity is learned behavior.
Thanks for commenting, NancyE. You've got my thinker thinking ....

Hey Holly,
Great post. Makes a lot of sense to me -- even just from the perspective of why do people develop PTSD to such different degrees. That initial sensitivity has to be a big factor.
I just spent a week with my 2 year old niece and she seems thoroughly resilient. I'm told I was a lot like her so I wonder how much of it is that that sensitivity gets reinforced by externals and whatever thoughts we have floating about really early on, and how much it's there to begin with. I guess it doesn't honestly matter by this stage but it's interesting all the same.
Looking forward to reading about the rest of the factors!

Hi Kate,
"Makes a lot of sense to me — even just from the perspective of why do people develop PTSD to such different degrees."
Yes, in fact that's what got me thinking about it initially, years ago. It perplexed me that I knew people with strikingly similar backgrounds as mine but who didn't have DID. It didn't make sense to me that trauma was the only precipitating factor in developing DID. It's the common denominator, for sure. But I knew there had to be more to it than that.
I love that by observing and interacting with our children/nieces/nephews/etc. we can learn things about ourselves and our histories. It's kind of awesome.
Thanks so much for reading, Kate!

I think you've really over-simplified a much more complex issue. And I too have DID from an extensive background of trauma. I don't feel it was a "sensitivity" just a weay to cope with situations far beyond what a child or person should ever have to deal with. Infact it's amazing what harsh things we can witness and handle being multiple.

Hi Priscilla. Thanks for reading. I agree that if one were to suggest that Dissociative Identity Disorder was only the result of a physiological and psychological sensitivity that would be over-simplifying things to the extreme. DID, as you said, is " ... a way to cope with situations far beyond what a child or person should ever have to deal with." I also agree that the development of DID is a very complex, many-layered process. My thoughts on sensitivity address one aspect of that process that I've observed in myself, not the whole thing.
Thank you for taking the time to share your perspective, Priscilla.

From the support groups/etc i've been around, DID is Most of the time, caused by severe trauma, physical or sexual, I thought mine was from the emotional and verbal neglect and abuse, but now decades later have uncovered memories of sexual trauma. Yes trauma to a child is much different then trauma in an adult, "little traumas" can cause dissociative/trauma disorders, however, in most cases of full DID, there is sever trauma, many don't remember it until much later when their body feels it's ready for it.

Hi Kate. Thanks so much for reading and sharing your thoughts.
Yes trauma to a child is much different then trauma in an adult ...
That's an astute point. It reminds me of nostalgic comments I hear sometimes about childhood, referring to it as a time when life was easier and more relaxed. I've never been able to identify with those comments and am always surprised to hear them. But like you said, trauma and Dissociative Identity Disorder go hand in hand. So I don't suppose it's unusual for those of us with DID to gratefully choose adulthood over childhood!
I think what I find so interesting about the other contributing factors in the development of DID is that understanding those other factors helps me to understand my experience of living with DID. It's a many-layered thing, I think, the development of DID. My curiosity about that topic - the development of DID - has not ebbed in the five plus years since I was diagnosed. Lucky for me it's a vast subject matter. ;)

Carolann - Know that you are not alone in your struggle with suicidal thoughts and urges. It's a testament to the devastating nature of trauma that so many survivors of abuse must wrestle just to stay alive. If you haven't already, consider taking a look at HealthyPlace's Suicide Information Table of Contents. You can find a lot of helpful links on that page. I find Why Live When You Feel Like Dying particularly insightful.
Above all, please don't stop reaching out. Although your experiences are uniquely yours, many people understand the suicidal drive. Sometimes a little understanding is all it takes to get from one moment to the next.

The trauma I dealt with very early on sure has affected my life.
I would runaway from yellers and beaters but I would also attract them?
My amount of anxiety is horrendous only to me I am not ever given drugs for it other than buspar and to be frank i USED tch for the ability to not be frightened of each thing in life and to slow down my anxious mind for at least fifteen to an hour... I felt better using it wo addiction to drugs docs scribe for it....
I HATE being a child of abuse and neglect I am different AND it scarredme.

Thanks for reading and commenting, Carolann.
The question of whether or not we attract abuse is a potent one. I love that you brought this up because it's a fascinating and highly relevant topic, particularly because of the renewed popularity of the Law of Attraction in popular culture today. I think syntax matters a great deal when discussing that subject. For instance, I think there's a vast difference between saying I attract abuse and saying abuse is attracted to me.
Even so, like you said, abuse leaves scars that can be difficult to accept.