Cutting People Out of My Life and Schizoaffective Disorder 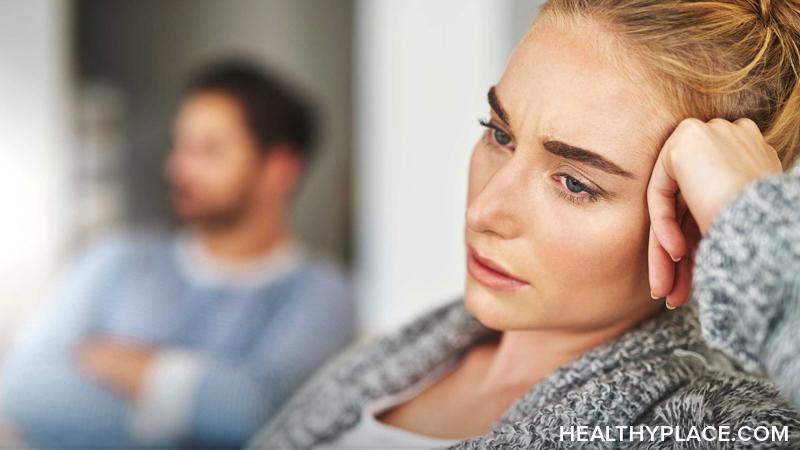 I don’t have many friends who live nearby. Part of the reason is that my schizoaffective anxiety makes me feel awkward around new people and at parties. Part of it is because many of my old friends moved to other parts of the country, and a few of them died due to complications with mental illness. But part of it is because I cut a lot of people out of my life. Here's why I cut people out of my life.

Why This Schizoaffective Cuts People Out of Her Life

First of all, my schizoaffective disorder makes me very sensitive--if someone has an abrasive personality or behaves harshly towards me, I cut them off. I often wish I had noticed the abrasiveness and harshness before we became good friends so that dumping them wasn’t as brutal for both of us.

Other people, however, are nice but needy and clingy, and I just don’t have the energy for that. Also, some people offer unwanted advice about going off psychiatric medications. Some people would give me advice, and then when I didn’t follow it, they would yell at me. Others would chastise me for certain beliefs I have, and when I asked them to stop, they would accuse me of not having enough self-confidence to stand up for myself. I don’t think your friend should be someone you have to stand up to as part of the friendship or be your boss and yell at you if you don’t follow their advice.

I have had a few “friends” who became verbally or emotionally abusive after a while. So, those friendships go in the recycling bin, too.

I don’t want to write about instances with specific friends--I don’t want to hurt anyone’s feelings more than I already have. I will say that I used to write people letters explaining why I didn’t think we should remain friends, but I have just ghosted other people or outright confronted them. I guess I'm not an easy friend to have.

This Schizoaffective Cuts People Out of Her Life for Her Sanity

Just please know that if you haven’t heard from me in a while, it doesn’t mean I am cutting you off. If you’re reading this from my Facebook page, I haven’t even considered cutting you off because I would have blocked you. And, obviously, if you are reading this because you are on my email list, we’re on close terms. I just wanted to make that clear. I value our friendships.

But I did want to share why I cut people out of my life. If you want to think I’m cruel, think that. Know that I do it for my personal sanity.

Tags: cutting people out of my life

APA Reference
Caudy, E. (2022, August 18). Cutting People Out of My Life and Schizoaffective Disorder, HealthyPlace. Retrieved on 2023, February 8 from https://www.healthyplace.com/blogs/creativeschizophrenia/2022/8/cutting-people-out-of-my-life-and-schizoaffective-disorder