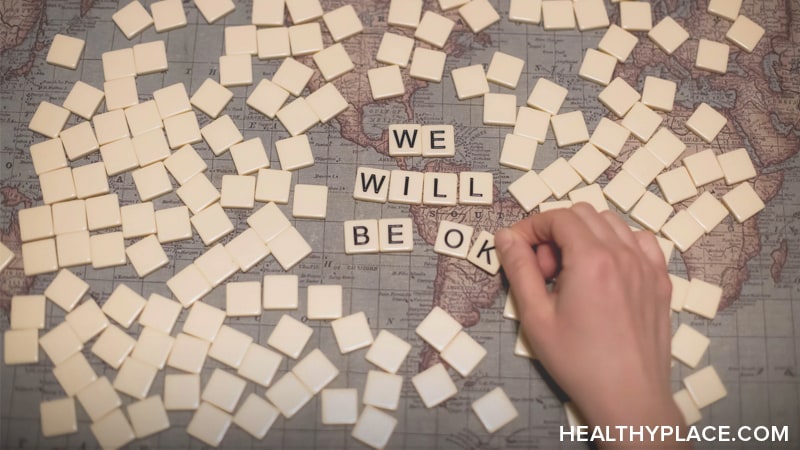 Schizophrenia and self-harm aren’t always coupled, but it can be a dangerous situation when they are. For example, triggers from hallucinations can stress you out and make you think self-harm is a good idea. It’s never a solution, but it is often turned to as one. Some studies suggest that one in five females and one in seven males engage in self-harm, and about two million cases are reported each year.

My Experience with Self-Harm and Schizophrenia

I had hallucinations of a dead friend speaking to me as a guiding lover. During these conversations, she would leave me with messages to remember. Statements like “Respect all women,” “Take it one step at a time,” “Take time for yourself, if you need it,” and “Stop being so hard on yourself” filled my mind on a daily loop. I decided to harm myself to mark each lesson learned. I would repeat each lesson like a mantra and then harm myself to stop the looping.

My family was worried. I didn’t think anything was wrong at the time. Once I started my intensive outpatient program (IOP), I realized that I was self-harming out of stress from my hallucinations. Hearing my friend's, Amalia’s, voice left me in a constant state of mourning. I wasn’t able to properly grieve with her voice in my head. It wasn’t until I started my medication that I stopped hearing her voice and was finally able to cry. I cried daily, but there was no more self-harming. Now, I have the scars to remember the episode along with each lesson she left me.

Stress Can Encourage Self-Harm for People with Schizophrenia

Stress is a great trigger for many people. The stress builds up, and we want an escape. Some escape their emotions with self-harm. That temporary release from emotional pain into physical pain is felt as therapeutic. You get a quick dopamine rush which quickly becomes addicting. Eventually, you may feel trapped in your own skin. You may want to reach out for help but either don’t realize it or don't ask. Once the scars start to form, you may recognize this physical pain is permanent, and the emotions have passed. You may cover the scars up to hide them and end up hiding your emotional pain. It becomes an instant part of your story for anyone who sees them.

For those of us suffering, there is a release; there is help.

Help for Schizophrenia and Self-Harm

My help came in the form of a loving and accepting IOP. Through talking about the pain of mourning, I was able to properly grieve Amalia and remember the real friend she was. Sharing my story helped others in the group who were also grieving. We were able to grieve our loved ones together and grow from the pain of remembrance. By speaking out, I was no longer alone. I had group support from people who related to me. Telling my story was no longer a daunting task, and my scars became battle scars. I had survived my hallucinations and could now empower others to do the same. And the members of my group were inspired.

For those who are not in an IOP, there is still help. The National Alliance on Mental Illness (NAMI) has regular meetings with loving and caring people who are searching for a way to end the suffering. They also have open meetings for family members of those who have a mental illness. I went to a few sessions when I left my IOP, and they are an excellent resource. The members are open to new voices and regularly meet to support one another. In addition, mental health hotlines are always available to call for those who feel like they are on the brink. These resources are free and give you tools to combat the pain and build an emotional support system.

Robert has written the book DARCCI Diaries: A True Tale of Recovery on his journey through the South Florida recovery system and the pitfalls within the system.