Going to the Renaissance Fair with Schizoaffective Disorder 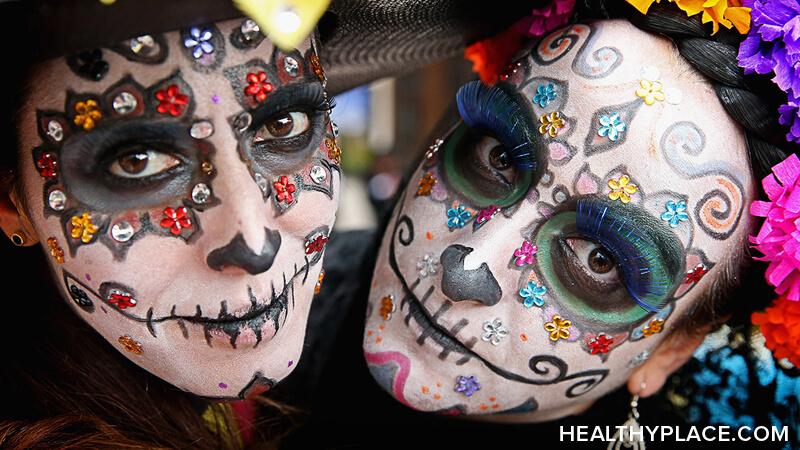 Every summer, I go to the Renaissance fair. I’ve been going with various friends since I was 18, but since I met my husband Tom in 2007, we go together but don’t invite other people because of my schizoaffective anxiety. Even just hitting the "Ren Fair" with Tom can still make me anxious, and sometimes I even experience the schizoaffective symptom of hearing voices. Crowds do that for me. But that can happen anywhere, and I still like to go.

When I Hear Schizoaffective Voices at the Renaissance Fair, I Have to Leave

I like to go to the Renaissance fair despite my schizoaffective disorder for so many reasons. We head for The Bristol Renaissance Faire in Wisconsin, with the tagline, “Where Fantasy Rules.”

That sounds good to me. It’s so fun to escape to the fair and see grown adults dressed up and pretending to be in the first Queen Elizabeth’s court, or Star Trek and Star Wars characters, or pirates. Really, anything goes at the fair. Once I went dressed up as the comic book character Death from Neil Gaiman’s Sandman series.

But, it is a big, noisy event. This didn’t bother me years ago, but now it does. One thing that really bothers me is the guy who cracks whips. He’s very talented, and I can see the attraction, but the sound just really sets my nerves on end. Also, if I hear schizoaffective voices, because there are so many people talking, I can’t just stick it out. Sometimes, when this happens, it sounds like the people are talking about me. Even though I know they’re not, I have to leave. Usually, we’ve made some inroads on the shopping and period eats by then.

The Bristol Renaissance Faire didn’t happen last year because of COVID-19, and Tom buys our tickets in advance, so we got two free tickets for this summer. As they say on their website, “After The Plague Comes The Renaissance.”

I didn’t know they had the Internet in Tudor court England, but the punchy phrase applies so well to our own times as well as to the pre-Renaissance world of the bubonic plague.

Tom and I went earlier this summer for the first weekend of the Faire. I’m a little nervous to go again because of the delta variant of COVID, even though I’m vaccinated. Since most of the festivities are outside, I should be fine, but I’ll wear a mask in the shops. I love to shop at the Renaissance fair. The most amazing thing happened this year. I dreamed about finding a pendant at the Renaissance fair, and I woke up thinking that if I saw that pendant, I should totally get it. Well, at the last booth we went to, I saw it, and Tom bought it for me for our upcoming 13th wedding anniversary.

So, there are good things and bad things about going to the Renaissance fair with schizoaffective disorder, but as long as the good keeps outweighing the bad, Tom and I will keep going.