Beating Up on Myself Because of Schizoaffective Disorder 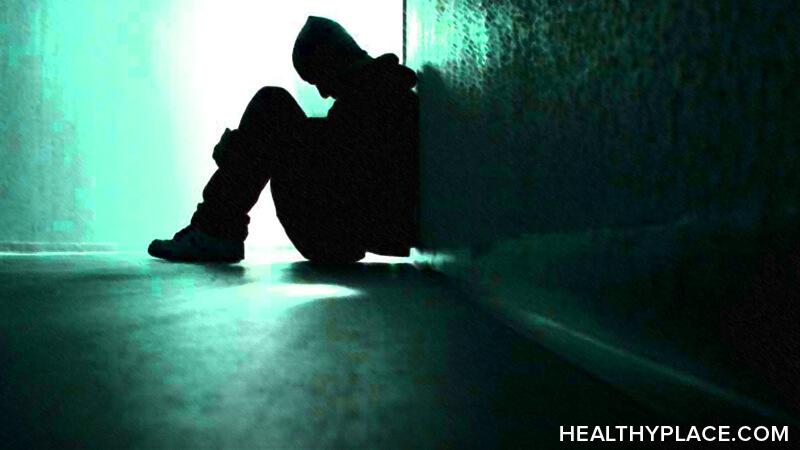 Because of my schizoaffective disorder, I beat up on myself a lot. Whenever anything goes wrong, I blame myself--or look for ways to blame myself. As a feminist, I want to love the goddess that I am, but this isn’t the reality for me.

Beating Up on Myself with Negative Self-Talk

Beating up on myself came to a head and I knew I had to change my self-talk when, today, I was sobbing over a “stupid mistake” I had made. My husband Tom asked me,

“Why are you beating yourself up to the point where you’re making yourself cry? Imagine if I talked to you the way you talk to yourself?”

Here was the “stupid mistake:” I had researched charities for a specific cause that I wanted to help but didn’t know much about. I finally felt I had found the best charity. The researching part was fun. But I knew that when I made the actual transaction, my schizoaffective brain would find something to freak out over. My brain delivered: on the receipt, my apartment number was listed twice in the address. I felt so irresponsible that I had not more closely looked at my address before I submitted the donation.

That’s when I started sobbing and continued sobbing even after Tom assured me the people at the charity would be able to figure out it was a typo. It wasn’t until my mom also assured me it would be fine that I calmed down. And it wasn’t until I wrote through the entire experience that, now, I’m able to take pride in the fact that I helped make a difference.

Beating Myself Up for Something that Wasn’t My Fault

Of course, this isn’t the only example of my schizoaffective disorder causing me to beat myself up. I guess the most extreme example occurred about 20 years ago when I was still living with my parents. My brother and his friends invited me to go see a movie and I declined. But one of my brother’s close friends asked to drive my car, needing a second vehicle to accommodate the whole group. He totaled it. I blamed myself for the car accident with the rationale that, if I had gone, I would’ve driven the car and the accident would never have happened.

I knew at the time that this was ridiculous, and no one was hurt. But I still needed reassurance about it.

My dad says that when I do this I’m listening to an alter-ego he calls “Bad News Betsy.” Betsy is a bully. She wants me to believe that everything I do is wrong--even not going to a movie because the trip there involved a car accident, which doesn’t even make sense.

Today I went for my daily 45-minute walk even though it was raining. Usually, I would have not gone on the walk because of the rain, but I wanted to challenge myself. You would think I would have been proud of myself for this. Instead, I beat myself up over the fact that I accidentally let my umbrella graze a cardboard box poking out of a garbage bin. I should’ve been watching my umbrella more closely, I told myself.

Also, as always happens these days on walks, I chastised myself for times I was unable to adhere to proper social distancing. Maybe it would be a good idea to start chalking all this up to Betsy, as a way to distance me from her.

I could also acknowledge that I have low self-esteem. Who doesn’t? I wish I could love the goddess within me, like a true feminist. But, there I go again, beating myself up, this time for not being enough of a feminist.

Tags: beat up on myself

APA Reference
Caudy, E. (2020, May 14). Beating Up on Myself Because of Schizoaffective Disorder, HealthyPlace. Retrieved on 2022, January 16 from https://www.healthyplace.com/blogs/creativeschizophrenia/2020/5/beating-up-on-myself-because-of-schizoaffective-disorder

You can do this. Take it one step at a time, and keep up the exercise! It was so great talking to you today. I love you so much Elizabeth!!! Love Johnny ❤️❤️

Thank you for your comment, Johnny! I just got back from a 45-minute walk in the sunshine. I love you too!
Love,
Elizabeth