I Enjoyed the Holidays Despite Schizoaffective Disorder 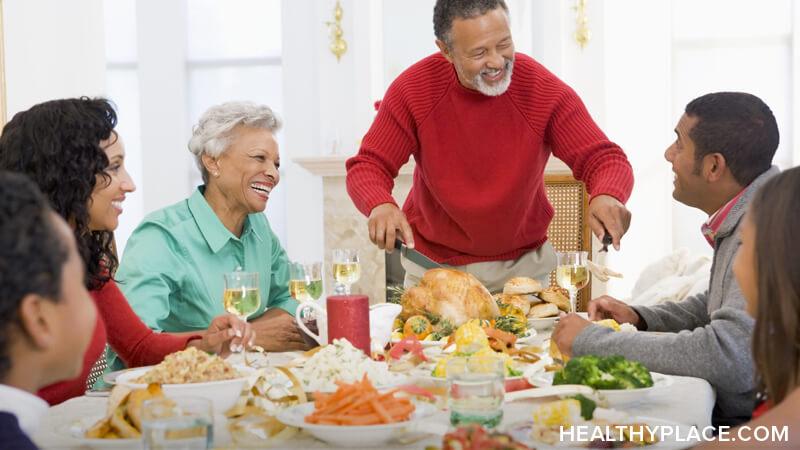 Despite My Schizoaffective Disorder, the Holidays Went Well

I’m writing this two days before New Year’s Eve. I’m not worried about that holiday since my husband Tom and I traditionally have a very low-key New Year’s Eve. We go out to a local Chinese restaurant, watch a movie, and I don’t even try to stay up until midnight. If Tom is up to ring in the New Year, he sneaks in the bedroom to give me a New Year’s kiss while I’m sleeping.

Our Thanksgiving and Christmas plans, though, were not low-key. My two brothers came in for Thanksgiving, as did my sister, her family, and my one nephew’s wife and another’s girlfriend. However, my Thanksgiving went well, despite the crowd. It was great to see everyone, and my four nephews had picked up some great books for me as an early Christmas present. Also, my sister got me a knitted hat, scarf, and mittens set that I adore. I love the mittens especially, and I wear the scarf as often as possible.

Then came Christmas. My brothers returned to Chicago. My parents had friends over for Christmas Eve. We’ve all known them since childhood. Unfortunately, I got overwhelmed by schizoaffective anxiety and Tom and I had to leave early. But that was the only glitch for me during the holidays because Christmas Day went well.

Changes in My Schizoaffective Disorder that Made the Holidays Go Well

It was such a joy seeing you and Tommy. We had such a good time and it was fun hanging out with you and Billy the day after Christmas! I love you so much!

I love you too, John! I especially enjoyed watching the Beatles documentary with you and Billy.