I Went to a Party Despite Schizoaffective Disorder 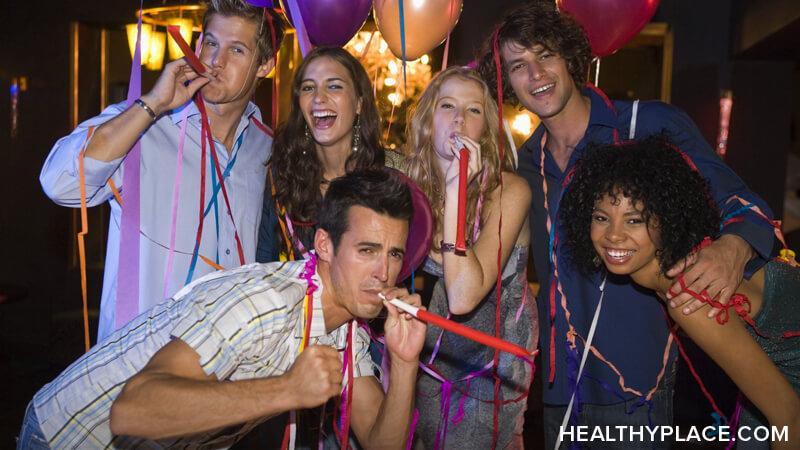 I went to a party. It's a big deal because schizoaffective anxiety caused me to stop going to parties for many years. But then my doctor and I did a medication change that made my schizoaffective voices all but disappear. I previously had been hearing the voices as often as twice a week, sometimes more, and that made me dread parties and the thought that voices might erupt in the middle of one. This medication change has made me a lot more confident about doing things, so, when my husband Tom and I were invited to go to a party, I decided to go.

The party I want to was a formal party, hosted by our friends Josh and Kelly (not their real names), a celebration of their 10th wedding anniversary and of Kelly’s birthday. The invite said “dress to impress,” so I bought a pair of dress slacks and wore a nice top my mom had gotten me for Christmas. I even wore lipstick—a big deal for me.

I posted a picture of myself all dressed up on Facebook. I was going to a party, I announced in the caption. My friends were shocked. One of them even commented, “You’re going to a party?” I explained that since the voices had subsided, I’ve been trying to stretch myself more. “Good for you!” she said.

At This Party I Went to, I Was Comfortable and Stayed for Cake

But with Tom at my side, and with the reassurance that I most likely would not hear voices, I felt good at this party. I also knew from past experience what to look out for, and my therapist and I had discussed that I would be going to a party. She had given me pointers, like taking breaks by going and chilling out in the bathroom for a few minutes if I needed to.

Tom and I enjoyed catching up with old friends, and we even made small talk with a guy we didn’t know previously. He was sitting at our table. I was interested in the fact that he was a veteran, since my dad is a veteran, as was his dad and my mom’s brother.

Tom always kids me about not staying at parties for cake. Well, this time I stayed for cake. I even had some coffee. But after I had my cake and coffee, I needed to duck out to the bathroom for a few minutes of quiet time. While I was in there, Tom texted me asking, if I wanted to just go. I said yes. Tom later said no one asked him why we had left early.

All in all, I’m proud of myself for how I handled the party. For one thing, I stayed for cake. For another, I talked to someone I didn’t know. And, I didn’t hear voices. So I’d say the party I went to went pretty well.

Tags: I went to a party

APA Reference
Caudy, E. (2020, January 23). I Went to a Party Despite Schizoaffective Disorder, HealthyPlace. Retrieved on 2021, March 2 from https://www.healthyplace.com/blogs/creativeschizophrenia/2020/1/i-went-to-a-party-despite-schizoaffective-disorder

Good Job!!! ;) Im so proud of you Elizabeth and I love you so much!! Keep up your good work.