The Depression Behind My Schizoaffective Disorder 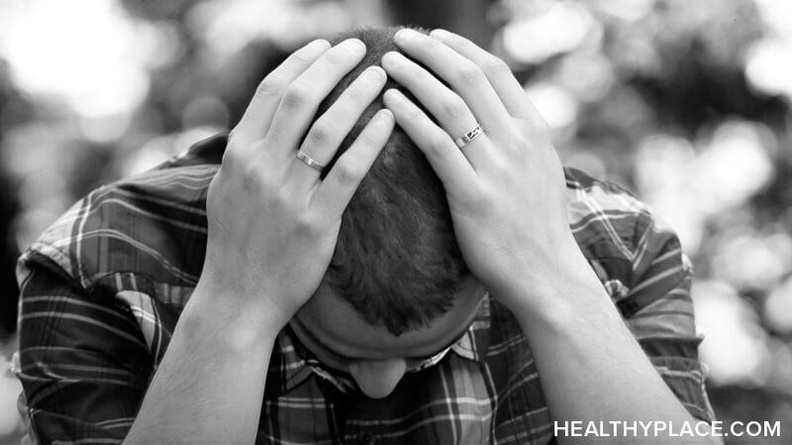 Though this blog has focused primarily on my issues with reality, depression lives behind my schizoaffective disorder. I currently struggle with depression the most. Even on antidepressants, I still suffer from severe bouts of depression which disrupt my social life and work.

When depressed I can spend months rarely leaving my house and shunning the outside world. I feel an unjustified sickness in my stomach towards people, society and my environment. Friends and colleagues leave messages on my phone asking me where I am at, and if I am still alive.

These bouts of depression hit primarily in the winter months, and have not gone away despite the large amounts of medications that I take. They tend to not be severe enough to land me in the hospital, but aren’t exactly pleasant either. One positive aspect of being a part time writer, is that it is an occupation which I am able to perform during these semi-debilitating months.

I have suffered depression for so long, that I cannot count the number of bouts that I have suffered from over the years. I can tell you that a year has not gone by in which I have not been depressed for a lengthy time.

Depression Is Perhaps More Difficult to Cope with than Schizoaffective Disorder

Depression, however, is common and easier to understand than something like a psychotic break. Depression is considered the common cold of mental illness, and something believed to be more benign than schizoaffective disorder. As disruptive as psychotic episodes are for me, I am strangely unsure if they are that much more painful than my depressive episodes. This is possibly because I am so wrapped up in my fantasy world, during a psychotic break, that I feel somehow more immune to pain and suffering. During times of severe depression I am very cognizant of the pain that I am feeling.

One of the differences between schizoaffective disorder and other affective disorders is that you can have psychotic breaks even without a mood disturbance. It is considered to be rarer than either major depression or bipolar disorder, and harder to diagnose. From my understanding, there has even been a debate as to whether it should have it’s own category, and instead be considered a sub-type of another illness.

Someday I hope that I will stop having depressive episodes, but I have had them for so long that I cannot imagine that they will ever end. Maybe one day I will find a way out, much like I did for my psychotic breaks. If not, I can still say that I have had an interesting life, even if it is has been somewhat painful.

APA Reference
Hoeweler, D. (2012, May 16). The Depression Behind My Schizoaffective Disorder, HealthyPlace. Retrieved on 2020, May 25 from https://www.healthyplace.com/blogs/creativeschizophrenia/2012/05/the-depression-behind-my-schizoaffective-disorder

Yes, I have finally realized that I must be on an anti psychotic always! Two doctors have diagnosed me as having schizoaffective disorder. I think they are right. I asked my current doctor and he said it doesn't matter if it is bipolar or schizoaffective, I guess because the treatment is the same.
Sorry you still experience depression. Is it SAD? I say this because you say it usually comes on in winter. Maybe you could try light therapy or move to Florida like I did!
I have no more depression after adding Nuvigil to my med mix, plus Effexor. The Nuvigil offsets the sleepiness from all the other meds I'm on.
Hope you find relief.

Hello Dan, do you still take your meds and get psychotic breaks? Do you only take antidepressants?
I was diagnosed with a schizoaffective disorder and it's been about six years now. I have taken a lot of antidepressants but all of them seem to stop affecting me. This ends up in deep depression episodes every now and then, sometimes more often than others, but they're there, and they are painful.
I had no psychotic breaks since I was first (and only one time) hospitzlied and diagnosed. I still take antipsychotic drugs.
To sum it up, I'm interested to know what kind of drugs you ended up with, and how do you feel with them. Thanks.

Thank you for writing and sharing your thoughts w/us. I'm glad to know that I am not the only one dealing w/this endless depression. I have been diagnosed as having both bipolar and schizoaffective disorder. It's rough. Does anyone know of any support groups? Thanks again :)

I have had schizoaffective disorder for over 10 years. I too suffer with depression that doesn't seem to let up very much. I am bothered by my thought process, negative thinking. obsessive thoughts and paranoia. My meds help me a lot but I am far from normal health. Recently I started a new antidepressant I haven't tried in over 20 years and no longer feel the need to be dead, which is wonderful, I have hope! Things are looking up and I am feeling better. I do agree that schizoaffective disorder should be a seperate illness listed. It is like no other, simular to bipolar and others but so different. Thanks for your post, it was very interesting, good luck and God bless you.

The medication I take helps also, but it doesn't completely alleviate the depression. I am not a researcher or have any clinical experience and am quite unfamiliar with mental illness from this perspective. I have however always found the classification of mental illness, to be seemingly rigid. I heard the new DSM will do a better job at clarifying that mental illness is more of a spectrum. From this vantage point it is not unusual that their would be an illness between Schizophrenia and Depression or Bipolar.