Immediately after having been sucessfully treated for Schizoaffective Disorder, I experienced difficulties adjusting to normalcy and calmness in my life. Though no longer actively psychotic, the world around me felt as if it had changed because I had now experienced the dark side of both myself and the world around me.

I had many difficulties fitting in afterwards because my life experiences were very different than that of most people. There was a certain social awkwardness and uneasiness I felt because I realized that I was one of them. Having been in extraordinary amounts of pain over a long period of time had also made me bitter and angry towards everything. These emotions have never completely gone away, and I still struggle with them to this day. 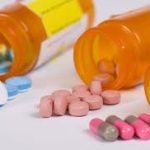 Schizoaffective disorder is not something that I have been cured of. I take large amounts of medication to keep the symptoms of it under control. Even if a cure where to be found tomorrow that would completely alleviate my symptoms, the horrible memories and terrifying experiences from it will forever remain etched inside of my psyche.

I still have yearly bouts of depression which tend to wax and wain with the seasons but the terrible voices and delusions have ceased. I worry every day that the medications will stop working, and that they will come back.

Recently I went to dinner with a cute girl. I couldn’t stop thinking about the many medications that were sitting next to my bedside in the open. The fact that I take antipsychotics daily and look like Darth Vader when I sleep with my CPAP machine on - seems like something that I would have difficulty explaining to someone. It doesn’t stop me from seeing people, but it does slow me down somewhat.

Regardless of my illness, I try to carry on as best I can and live a decent life. This includes meeting cute girls at restaurants, writing articles in magazines and renovating houses. It's a strange life, some might call it schizophrenic, but definitely interesting.

Experiencing and Accepting Schizophrenia
The Depression Behind My Schizoaffective Disorder
victoriamariealonso
February, 11 2014 at 7:24 pm

Hello Dan,
I have enjoyed reading your articles. I, too, suffer from this disorder and have written a blog about some of my experiences although not as extensively as you have. The writing really helps doesn't it? I have gone on to earn my Master's Degree in Psychology and am currently working in the mental health field helping others. Anyway I just wanted to introduce myself and congratulate you on overcoming so many obstacles with this disorder.
Pax
Victoria
Check out my blog when you get the chance:
http://mypersonalrecoveryfromschizophrenia.wordpress.com/

So many days I remember the person I once was, a person who didn't even know the word schizophrenia. But I have been living with Schizoaffective like yourself now for over 20 years. I have come a far way and have learned alot along the way. I have been given a whole lot of ammunition to fuel my art. All the best
Kyle

I myself have been so lost within a world of delusions that I did not see myself as being sick. It is unfortunate that our illness causes us to lose sight of our illness. This further complicates it's symptoms and makes treatment much more difficult.

Dan my son has this horrible disease. He had so much potential until this hit him in his teens. He does not smoke or drink so is totally drug free.
What makes me feel helpless is he tends to be in denial and thinks he can do it on his own. His medication has been cut down and he manages very well until he gets terrible thoughts that people will think he is paedophile and believe me HE IS NOT but when these awful thoughts come he is terrified. He is happily married with a little son whom he adores but I'm worried his new wife is finding it hard when he has these episodes and she feel he is not taking responsibilty for his illness. He is not violent but says nasty things to his wife which he doesn't mean and always says sorry afterwards. I don't know what to do. He has been blessed with this lovely wife and son and I now am frightened he will lose them.
Do you have any suggestions for me. He takes clozapine 400 mgs and he will not increase them because he is scared he will be like a zombie. He is also terrified that he will be sent back to hospital Any help would be so appreciated.
Regards

Hello Carol,
This disease is extremely difficult on family members and can be very painful for people afflicted with it. I try to keep things positive, but I do understand the pain that is connected with this disease. It is hard for me to give help because everyones situation is unique and everyones needs are different. I've never personally been able to control the illness without medication, though I know this is not always effective for everyone. People ask me for help with their relative, but I am simply not qualified to do that, mostly I just write about my own experiences. I do sincerely apologize for the late reply, I was very ill from not sleeping and depression for several months. Thank you, and I hope you continue reading.

Excellent thanks for your answering my question.
Thanks,
bridgeboy52

Hi Dan,
I don't know if this is the right location to ask a question but here it is - Do you think your life goals have been altered to fit your expected range of accomplishments with your mental illness, because I also feel like my goals have been once-attainable but no longer and I have problems adjusting my goals.
Thanks,
bridgeboy52

Hello,
Yes, I have had to adjust my lifestyle in many ways due to my illness. I still have goals, but I must carefully measure what I am capable of doing and what fits me best. In particular I try to choose work that is low stress, creative and allows me a certain level of freedom with my time. This is not to say that I set my standards low, but simply that I shift my goals towards things that are better suited towards me. When I was very ill, it was very difficult to do anything at all. Even meeting my basic needs became impossible, in which case it is best to seek help however you can. If you are more healthy then I recommend being "true to thyself", and finding goals that are a good match for you that are possible with any limitations you might have.
-Dan