When I was in my early 20s, I fought a big battle with binge spending. It was one of my most problematic schizophrenic and schizoaffective symptoms. I bought body washes, makeup, shoes, books, journals, clothes, and CDs – so much stuff that I didn’t unpack some of the bags. My parents had given me a credit card, and I racked up a massive debt on it within a few weeks that it took my parents years to pay off. It wasn’t that I bought expensive things; rather, I spent a lot of money on little things – lots and lots of little things. It all added up. I never read some of those books and some of those CDs I only listened to once. So I was buying things I didn’t even want. We agreed to cut off the credit card. 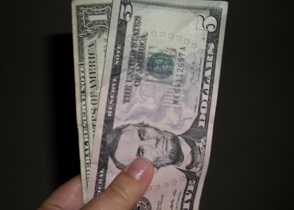 I remember that in the middle of my first psychotic episode, I bought a book on gothic architecture just because the word “gothic” was in the title. I didn’t even look inside the book before I bought it. I had a soft spot for the 1990s subculture “goth” – I had gone to a Siouxsie and the Banshees concert a few years earlier. At least that is one expense I do not regret.

But my spending really went overboard eight years later, the summer after I graduated from graduate school. I had my own credit card now. And I started buying jewelry. I didn’t buy any really expensive jewelry, but it was more than I could afford. Even though I didn’t buy any one piece that cost more than $100, as with the books and CDs, it added up. This may sound strange, but I was addicted to spending money. I got a “fix” every time I bought something. Again, I cut up the credit card and, again, my parents paid the bill. I promised it would never happen again.

These days, I’m a penny-pincher. Living through an extreme economic disaster like the crash of 2008 will do that to you. My husband lost his job and that was a real eye-opener. But I think a lot of the credit also goes to my treatment. I’ve been on the same medications for a long time now, and I’m stable. My husband and I have a lot of money in our savings because I’m careful about spending money and so is he. Like I said, I think living through an economic crisis opened my eyes. But also, I just got better. And that is a better gift than any trinket, book I’ll never read, or CD I’ll listen to once. Now I have the savings and earnings to buy the ones that are really important to me after thinking through the purchase first.

My Video about Binge Spending

Schizophrenia, Schizoaffective Disorder, and No Kids
The Truth about Paranoia, Extreme Anxiety and Delusions
THOMAS DAVID BROLLY
January, 5 2023 at 11:57 am

I have schizo effective disorder, I find myself looking around the shops & then spending money on clothes & then after a few weeks i will empty my entire bedroom wardrobe, & i will start again buying the same clothes a few mouths later, i know now its part of my illness i do laugh at myself the things i have done due to my illness.

Dear Thomas, Thank you for your comment. I think it's healthy that you can laugh at yourself! Best, Elizabeth

Hi Elizabeth,
The article you wrote is very insightful. I tend to overspend on little things and occasionally big purchases. The voices have said that I owe them money and they want what's due to them. It's so hard to believe that these invisible entities can demand and direct my spending habits; even purchases that will benefit my wellness plan. It's about truly thinking (sometimes planning) on purchases. I will try your plan of thinking about purchasing before spending; sounds like it helped you. Do you have any other suggestions for binge spending, today?

Dear Fran,
Thank you for your comment. Fran is one of my favorite names! I highly recommend you talk to your doctor about the fact that your voices are commanding you to spend money. Proper treatment with the help of my doctor was key in my getting stable, and therefore in getting over binge spending.
Take Care,
Elizabeth

What treatment did you receive for spending

I didn't really receive any treatment for spending. I just found myself in a position where I didn't have any money to spend, and now that I have money again, the experience scared me so bad that I'm very frugal. I don't recommend this form of "treatment" for spending, but that's what happened to me.