Does What I Want Matter with Bipolar and 'Act the Opposite?' 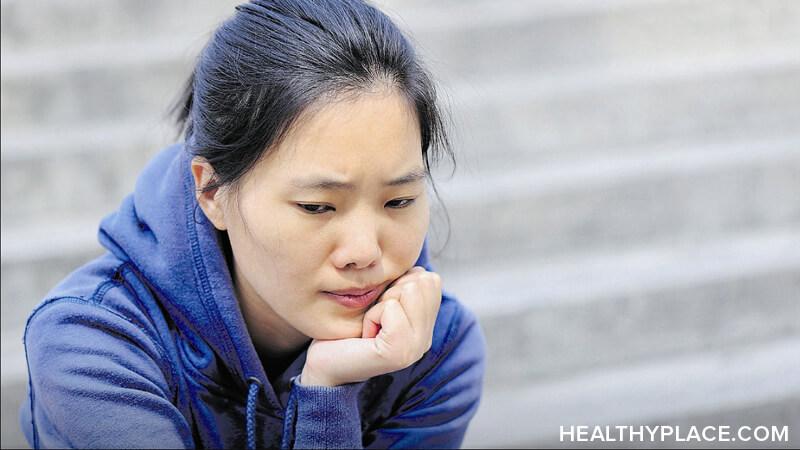 I'm wondering if what I want matters with bipolar. It feels like it doesn't. This is because one of the main coping skills I use is called "act the opposite." This coping skill is pretty widely known. It simply means to do what you bipolar doesn't want you to do. This is a way of fighting against the detrimental effects bipolar can have on your life. But after years of "acting the opposite," I'm left wondering if what I want matters at all with bipolar.

What I Want Doesn't Matter When 'Acting the Opposite'

When you act the opposite, you literally do what you don't want to do. For example, want to stay in bed? Then get up. If you want to eat ice cream? Have a salad instead. If you want to buy stuff online? Then go for a walk.

And so on and so forth. As you can see, the idea is to transform the negative effects of bipolar disorder. This certainly makes sense and has its place as a bipolar coping skill for many. The problem is, I feel like what I want doesn't matter. All I ever do is the opposite of what I want to do.

What I Want Doesn't Matter with Bipolar

Part of feeling like what I want doesn't matter is bipolar itself. I'm aware that my wants are dramatically modified by an illness in my brain. For example, I don't actually want to sleep all day -- depression does. I know this. But my wants and desires are still mine. They are still coming from me. And I constantly feel like I have to deny them. I constantly feel like what I want doesn't matter -- bipolar or not. And really, if depression and bipolar weren't making me miserable before, then always doing what I don't want to do certainly takes care of that.

Fighting the Idea What I Want Doesn't Matter with Bipolar

I think what it comes down to is what it comes down to with a lot of things: moderation. Bipolar doesn't like moderation, and neither do I but moderation matters, even with coping skills. So even though I consider "act the opposite" to be a healthy and helpful bipolar coping skill, I also think it can't be used 100 percent of the time, or my head will just pop off. What I want does matter, with bipolar or not.

Tags: does what I want matter with bipolar

APA Reference
Tracy, N. (2021, March 4). Does What I Want Matter with Bipolar and 'Act the Opposite?', HealthyPlace. Retrieved on 2023, January 29 from https://www.healthyplace.com/blogs/breakingbipolar/2021/3/does-what-i-want-matter-with-bipolar-and-act-the-opposite

It’s more of a behavioural issue the way I see it. There’s lots of things we want to do that just aren’t good for us, or even others for that matter.
Forgiveness is like that too. Often we don’t want to forgive others especially when they’ve hurt us badly. But if we are wise we’ll eventually come to understand that by forgiving others and moving on we actually free ourselves to life more fully.

“In DBT, the opposite action skill is a deliberate attempt to act OPPOSITE of your emotion urge. If your emotions are doing more harm than good, try acting opposite.” - wikipedia
Dialectical Behaviour Therapy (DBT) was originally developed by psychologist Marsha Linehan to treat Borderline Personality Disorder (I have all her books)
Yes, I believe it can help those with bipolar disorder as well since bipolar and borderline personality have many overlapping symptoms