You Can't Deal with Bipolar Alone 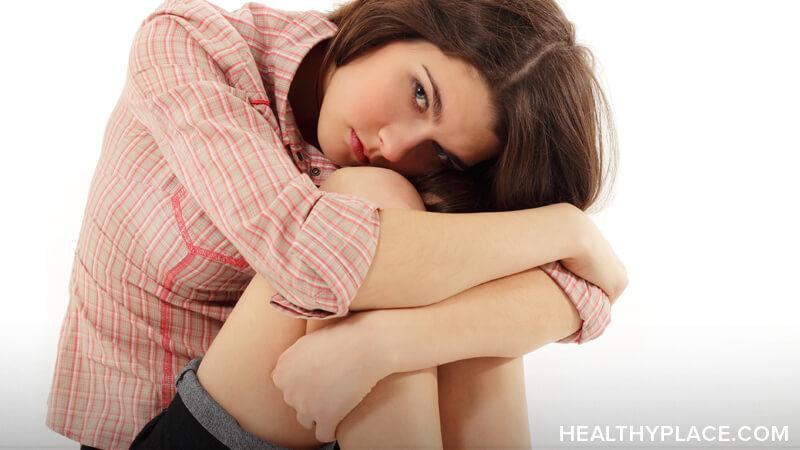 Why Try to Deal with Bipolar Alone?

But perhaps more commonly, people think that if they don't talk about their bipolar disorder with anyone else, it doesn't really exist. I know this sounds illogical, and it may be, but it's also a very common thought process.

Dealing with Bipolar Alone Is a Recipe for Disaster

But here's the thing: bipolar disorder is a medical illness and it's never smart to deal with a medical illness alone. If you had a growth on your neck that kept getting bigger, you would never even consider dealing with it on your own. There are many reasons for this, but one of them is this: attempt to deal with it on your own could kill you. Well, guess what, untreated bipolar disorder can kill you just as dead. Remember, about 11 percent of people with bipolar disorder die of suicide1 -- that is a higher fatality rate than some cancers.

Medical doctors who specialize in mental illness (psychiatrists) are the ones you need to talk to if you have bipolar disorder. These doctors spend all day, every day treating people just like you. They have a much higher success rate than a person who doesn't do that (you). Moreover, whether you like it or not, bipolar disorder almost always requires medical intervention in the form of medication. Skipping this step is a surefire way to make your bipolar disorder worse which will, in turn, ruin your job, your family life, your relationships, and pretty much everything you thought telling people about bipolar disorder would ruin.

Take It from Me, You Can't Deal with Bipolar Alone

On top of that, there are all my loved ones. There are all the people who help me through my bipolar life. They care about me. They support me. They help me with tasks I find overwhelming. They invite me over for dinner. They listen to me rant about how hard bipolar disorder is. They are there for me in innumerable ways.

And the thing is, without all these people, professionals and not, I wouldn't be here today. Yes, admitting to bipolar disorder and not dealing with bipolar disorder alone has its downsides but its upsides are so much more profound. I guarantee, not dealing with bipolar disorder alone -- seeking out multiple forms of help and support -- is where your happiness lies. No, just working with others doesn't fix everything, but it gives you a much better chance at happiness than smashing against this particular brick wall by yourself.

Can Medication Noncompliance in Bipolar Ever Be a Good Thing?
Risk vs Reward in the Treatment of Mental Illness
BB Gomez
October, 7 2020 at 3:52 pm

Thank You So Much! I’ve resisted medication for bi-polar disorder for a variety of reasons but , with your help, I’m seeing that the side effects aren’t near as devastating as not taking them. I found 1 that works, but need probably 1/2 the dose. My system is so sensitive!
G-d Bless You!

Nonsense, of course you can, do people have done it for years. The real question is how effectively you can go it alone. Bipolar is a continuum. Some cases are obviously more severe than others. Not everybody has access to the type of supports you’ve described