Can Medication Noncompliance in Bipolar Ever Be a Good Thing? 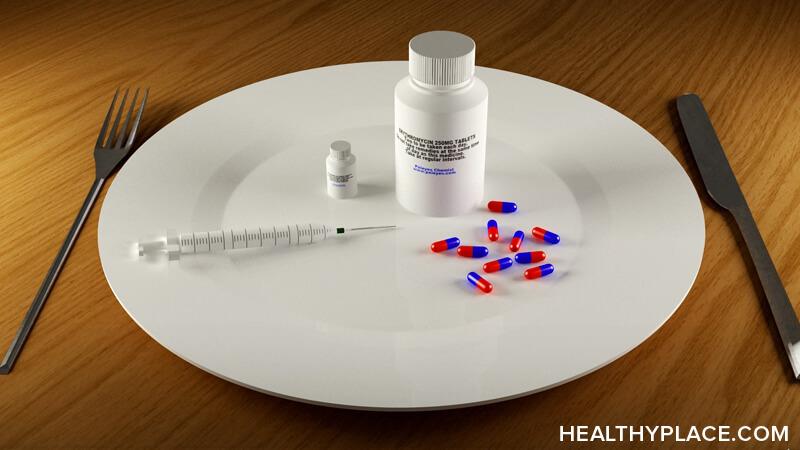 What Is Medication Noncompliance in Bipolar Disorder?

And most of the time, when people with bipolar disorder don't take their medication as prescribed, it leads to very bad things. It's most common for people to miss the positive effects (and forget the negative effects) of bipolar mania and so they stop taking their medication to try to retrieve those effects. In other words, some people want the "high." People also commonly become medication noncompliant due to medication side effects.

And as a person with bipolar disorder, I can say that I understand both of these reasons but that still doesn't make them good ideas. Nope, if you're just being medication noncompliant as a knee-jerk reaction to something or because you want parts of the illness back, then I see a hospital stay in your near future.

When Medication Noncompliance Is a Good Thing in Bipolar Disorder

That said, there are times when not taking your medication as prescribed -- for very short periods of time -- can make sense. This medication noncompliance should always lead to an immediate doctor's visit to discuss the reasons for noncompliance.

Here are some reasons why medication noncompliance can be a good thing:

I will mention here that withdrawal effects and side effects do tend to lessen over time so the above is the exception and not the rule. In general, I try to give the doctor's plan a chance, even if it causes some pain along the way. That said, I've probably been medication noncompliant in all three of the above cases at one time or another in my bipolar career.

However, I can't stress enough, in all the above cases, you should see your doctor as soon as possible to make a new plan.

Medication Noncompliance in Bipolar Just Because You Disagree with Your Doctor

I would say that simply disagreeing with your treatment plan isn't a good reason to be medication noncompliant. Sometimes we all have to do things we don't want to do. Sometimes that leads to wellness. Sometimes your doctor really does know better.

That said, I believe in working with your doctor as much as possible to create a plan that you do agree with. You may be the patient and he or she may be the knowledgable and learned doctor, but that doesn't mean your voice doesn't mean anything. After all, you're the one who has to actually take the pills. Your doctor should listen to you.

And if you can't reach a place where you agree with your doctor's treatment plan, the best idea isn't to be medication noncompliant; the best idea is to find a new doctor. I know that's easier said than done, but it's worth it to work with someone who will work with you. Because while medication noncompliance does make sense occasionally, it certainly doesn't make sense generally so you need to facilitate a situation where that won't be an issue for you.

APA Reference
Tracy, N. (2019, June 11). Can Medication Noncompliance in Bipolar Ever Be a Good Thing?, HealthyPlace. Retrieved on 2021, October 26 from https://www.healthyplace.com/blogs/breakingbipolar/2019/6/can-medication-noncompliance-bipolar-be-good

My carbetrol caused dramatic bone loss. Severe osteoporosis, but that was just me. My body also reacted to Zoloft in a nasty way, I went off it...etc. etc.. "They" said I could sue the doctor. I didn't. Instead I went off all meds, my partner of 15 years dumped me and living alone is horrific.
Thank you for your candid talk about this. Finally.

Be careful of Lamictal. It can cause blood disorders. Soon they will be treating you for the symptoms. The deal is it takes a long time to get off these meds, that is why people rush back on them. Bipolar is the hottest new diagnosis. Check out Dr. Peter Breggin

Hi Susan,
I have never once heard of a person getting a blood disorder from a psychiatric medication like lamotrigine (Lamictal). If you have a scientific source for that, I would love to see it.
Bipolar is not a "new" diagnosis. It has been around since medication documentation started happening.
For anyone reading this, keep in mind that Breggin is the HEAD of ANTIPSYCHIATRY. Anything he says is wildly influenced by that view, in my opinion. I would suggest people stay the heck away from him as I consider what he says quite harmful. If you choose to look him up, please, please, please talk to a reputable doctor about anything that concerns you.
- Natasha Tracy

You write so brilliantly and make so much sense to me .
As newly diagnosed and having tried numerous medications some with hideous side effects - meaning I have had to try 5 different ones.
Just hoping that the current one Lamictal will work - seems to be
I am too scared to be unmedicated
Even when tapering down Lithium I could feel I was going hypomanic odd seeing for most of the last 20 years I have had severe depression and anxiety
Thanks your information is invaluable