Medication Failure Is Not Bad 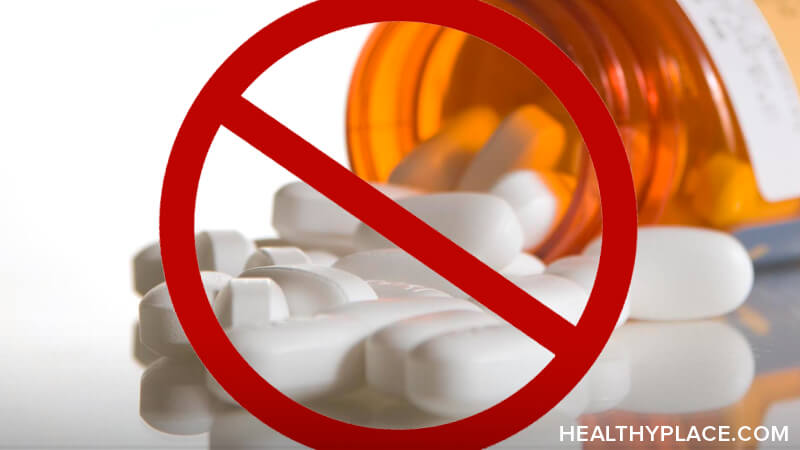 Medication failure is not bad. Don't get me wrong, I know that it feels really, really bad, but just hear me out on this one: even though it feels terrible, a failing medication is not bad.

Medication Failures in My Life

I have had far more medication failures than I have had successes. In fact, never in my life have I been on only one medication and had it be successful. It took me two years to find a medication that worked for me, and even that was in combination with other medications. And since that point, long ago, I've had to look for more medications when those ones failed, and now I'm on a pharmacopeia of medication. Years and years of medication failure is what got me here, to the point where things are reasonably working, most of the time. (This is much better than the alternative, trust me.)

And pretty much every time I started a new medication, my hopes were raised. And then, when it failed, my hopes were dashed. This is a crushing thing for a person already in the midst of bipolar depression. The failures weighed so hard on me. It was almost like they were my fault (and unfortunately, some doctors even treat patients like it's their fault). But the fact that I didn't realize at that time that might have taken the sting out is this: medication failures aren't actually bad.

It's basically like this: there are almost innumerable treatment options out there for bipolar disorder. Yes, of course, you have the Food and Drug Administration-approved monotherapy options, fine, but then you have all the combinations -- the two-drug combinations, the three-drug combinations and so on. You start out with a very big data set, indeed. But, every time you suffer a medication failure, you cross out one or more options, making the data set smaller and bringing you closer to the option that will work for you.

In other words, every failure is a step towards success.

Albert Einstein, a guy who knew a bit about failure, probably said it best when he said,

"Failure is success in progress."1

In other words, without those medication failures, you would not be making the progress needed to succeed.

I do understand that we would all prefer a successful medication treatment. Believe me, oh, how I get that. But the fact of the matter is, many medications are likely to fail before we succeed, so can the idea that medication failures are a step towards success perhaps help us through that? I think it can.

It may also help to know that Einstein, one of the greatest intellects of all time, failed the entrance exam to the Swiss Federal Polytechnic in Zurich. But this did not keep him from continuing forward, likely through many more failures, before winning the Nobel Prize in physics.

And, believe it or not, bipolar disorder is like that. It's failure after failure after failure until eventually, there is a success that allows you to begin to live again in some way. That's our Nobel Prize. It takes far too much time to get there, but it is out there, and we can get it with enough tenacity and time.

I do know medication failures still hurt. We would all prefer the Nobel Prize over another failed theorem. So I say this: take a minute to acknowledge and feel the pain, and then remind yourself that you're getting closer to your goal with every failure.

I would really love to praise success in failure of meds but I cannot. I have only had success of stelazine no longer available now quatiapine is what I get offered if I ask for stelazine. I have bipolar but short term stelazine worked for me. 6 weeks taking it then I reduced the dose for the next 6 weeks as my eye sight was falling. Apart from that olanzapine is ok also when taken in the short term also. Bipolar is about rebalancing because you get out of sync within mind and body. I personally don't like the idea of medication for life. Because that can mean no sex ever being fat forever and being miserable Because you are too slow to respond to critism so people just think they can take the piss. No doctor will agree with this but they have not been the guinea pig have they and I can guarantee would not take their own prescriptions

I totally agree. In my experience of medication that didnt work was gutting and a massive blow. When at the begining would believe that they would help. I have also felt the pressure from Drs who have made me feel it was somehow my fault they didn't work for me.