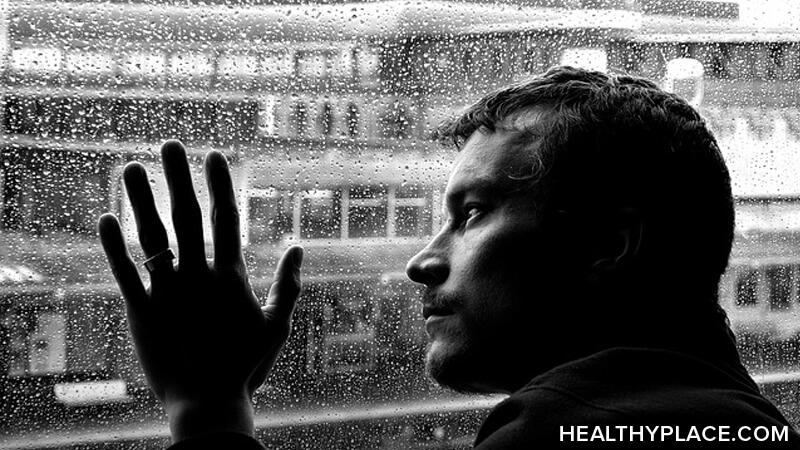 Being Negative About Bipolar Disorder

Bipolar disorder does prime you to think negatively -- about bipolar disorder and everything else. I get this. Especially when you're depressed, everything looks black and bleak and like a cauldron of awfulness. I get this. And this type of mindset certainly breeds unrealistic negativity. For example, when you're depressed, it feels like you will always be depressed and that you will never find a moment free of depression for the rest of your life. This is negativity about bipolar disorder at work. Yes, depression really feels that way but research and experience suggest that there will be moments when you are not depressed again.

This is not me.

Not Being Negative About Bipolar Disorder -- Unrealistically, Anyway

Bipolar Disorder Is a Negative Thing

Because, look, bipolar disorder is a mental illness -- heavy on the illness. Now, like most illnesses, there are many ways a person can experience it. It can be something that is well-controlled on a single bipolar medication. This is rare, but it happens. It is something that can be reasonably controlled on multiple medications. This is more common. It's also the case that it can be somewhat controlled on many medications -- that one is me. My bipolar disorder is controlled in some ways and not others. Moreover, the control I have over the bipolar changes with time and new medications must be sought at that time. Believe me, it's a horrible experience.

So no, I'm not unrealistically negative about bipolar disorder. Bipolar is simply a negative thing for me and my thoughts reflect that.

Risk vs Reward in the Treatment of Mental Illness
When to Give Up on Treatment for Bipolar Disorder
David
January, 21 2020 at 4:11 pm

Brain is hell. Mind is heaven. I seek to lay my head somewhere in between. I love you

It has been 7 years of failed treatment for my bipolar depression. I am wondering at what point you decide to accept that that is life for you.