The Rules of Living with Bipolar Disorder 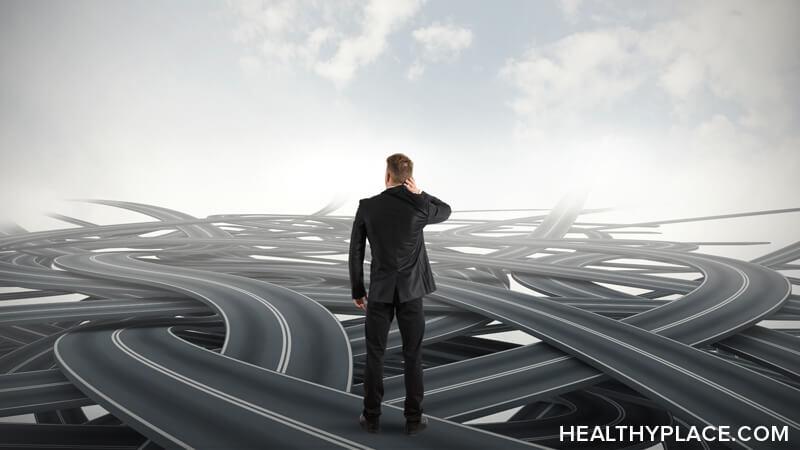 What Are Rules When Living with Bipolar Disorder?

How Do You Make Rules When Living with Bipolar Disorder?

I have made my rules with my logical, wise mind, circumventing my sick, bipolar brain. I have a plethora of logic skills and I’ve applied those to creating rules that I know are best for me. Creating rules with bipolar disorder is about looking at your situation without emotion and deciding what would be best considering your sickness likely has the wrong idea.

How Do Rules Work to Battle Bipolar Disorder?

See, I live by bipolar disorder-related rules so I don’t have to think about things too much. When I make a rule that I have to get out of bed as soon as I’m awake, it takes the option of staying in bed off the table. It’s a rule. Follow the rule. Like I said, I’m logical and, to me, rules make sense. You do what the rule says.

Because thinking about things too much gets me into trouble. I find bipolar depression makes real-time decisions almost impossible – whether it’s about something critical or trivial.

I realize that some people are likely to rebel against rules but, perhaps, making your own rules that you decide upon can quell that rebelliousness for your own good.

I Hate Living with Bipolar Disorder and Rules

All that being said, while I recognize that my life wouldn’t exist without these rules, I rather hate them. I hate that I have no real desires that I can follow. I hate that I never get to do what I theoretically want. And it’s because what I want is controlled by bipolar disorder and, thus, bad for me. I want to self-harm. Like, really. But I don’t. I have a rule not to. Part of me wants so badly to disobey this rule just for the relief of doing something that my brain orders me to do but my mind knows it’s bad for me. And my mind has to be driving this bus. If it didn’t, no work would get done, no mortgage would get paid and no lifestyle would be maintained.

Why Living with Rules and Bipolar Disorder Matters

My opinion is that living with bipolar disorder and rules is the best option in a bad situation, for me, anyway. I’d love to have intrinsic, healthy motivation. I’d love to want what normal people want. But thanks to my brain, I don’t. So until my brain can be trusted again, it cannot be in control. The rules I set are in control. Sucky as that might be.

Thanks for being part of My Christmas Miracle.

Thanks for these insights, Natasha - really useful!