Living with the Uncertainties of Bipolar Disorder 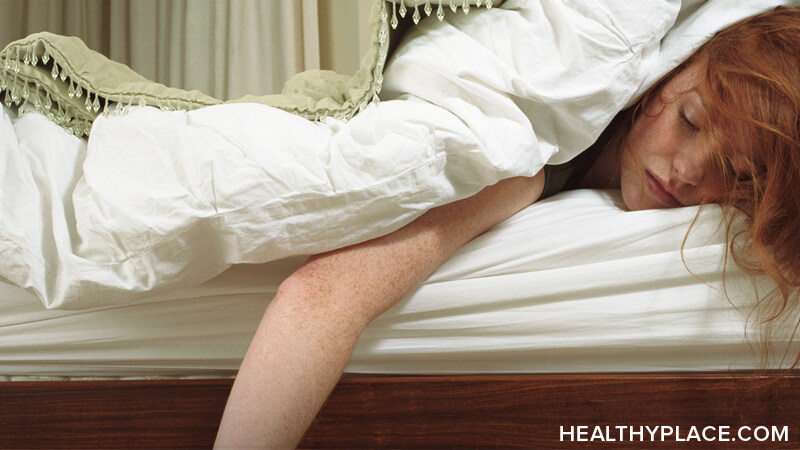 I was watching television this morning and an advertisement came on that said, “I no longer deal with the uncertainty of hepatitis C.”

I have no doubt that living with that illness would bring uncertainty. I’m not familiar enough to say exactly what that would be, but I suspect flare-ups are that to which they were referring.

And this brings about an important point: everyone deals with uncertainty in life. If nothing else, we all deal with the fact that we could be dead tomorrow. That is an uncertainty we all face.

But, for me, the uncertainties of bipolar disorder are so much worse, probably because their likelihood is so much more real.

A “flare-up” doesn’t just affect me physically but it affects me mentally, too. Normally my flare-up is that of a serious major depression and those tend to make me want to die. I never know when I’ll wake up having to fight the urge of wanting to die. This is horrific. When will I get to plan anything when I never know when I’ll even want to be alive, let alone actually do anything?

Dealing with the Uncertainties in Bipolar Disorder

When I wake up wanting to die, and I know I won’t get any work done, and I know I will spend the day crying instead of completing my desired tasks, it feels to me like the uncertainties of bipolar disorder are impossible to deal with. But the fact is, no matter how much they suck, I deal with them every day. Even though some days I wake up in the worst of all worlds, some days it’s not so bad and that can make normal things possible.

So while I feel like waking up with bipolar disorder is like rolling the dice at a craps table, I know that I can live with this uncertainty because I’ve proven it. It requires juggling commitments, rescheduling appointments, flexibility from those around me and wellness plans that take this into account, but I know it’s possible.

APA Reference
Tracy, N. (2017, May 11). Living with the Uncertainties of Bipolar Disorder, HealthyPlace. Retrieved on 2022, November 27 from https://www.healthyplace.com/blogs/breakingbipolar/2017/05/living-with-the-uncertainties-of-bipolar-disorder

Thank you for this post and blog
I am a newcomer to this site and also to being a person with a bipolar illness. All the information on here is extremely useful

yes,most people dont wake up not knowing what extreme mood they'll be in.With me,it's usually sadness or depression, so down I could die, nothing good in the world,my life wasted on bp.I can surface when interested by something or good mood ca just happen I say good advisedly.Its like I never know myself fully. I also have the double whammy of different moods morning and night

Thank you so much for this article, I was diagnosed last year with bipolar 2, I'm also a rapid cycler so I never know what the next day or even hoilura are going to bring. I've been on a mood stabilizer for awhile now and it definitely heads off the extremes for the most part but I still deal with these issues quite a bit . I was literally reading this while sitting in my tub because it's the only thing I had the energy to do today. I had a day to myself which is rare and I wasted the whole thing because all I want to do is sleep until tomorrow to escape the sadness depression brings. Anyways thanks for letting me know I'm not the only one who goes through this. All I know is I just have to keep pushing forward one step at a time

Natasha, your blogs are great perspective as a "peer" (lived experience). After teenage depression, I was diagnosed BP 1 24 years ago. I haven't been suicidal since being on meds, but my issues are keeping mania to the level of functional hypomania. I recommend peer support groups and education, self-awareness and wellness techniques as well. I had never heard that meds are hard to treat waking up early...my warning sign for hypomania. I take PRNs in those times...to sleep - one benzo...(anti-anxiety) and a small dose of an atypical antipsychotic. I know my cycles and my support team is aware of my WRAP (Wellness Recovery Action Plan). Keep up the good work....every person's illness is different and they have to work at what makes their life balanced and meaningful.

Thanku this write up gave me strength to go on.

I also find a lot of these articals helpful in trying to understand my 20 yr old son. Are these emotions descibed while on or off meds?

Hi Tom,
I'm on meds, but, please understand, I have bouts that meds don't seem to touch. This is not true of everyone.
- Natasha Tracy