Pity and Self-Pity with Bipolar Disorder

Recently, someone said I was pitying myself because I have bipolar disorder, and this person was judging me very negatively for it. The person said I was having a bipolar pity party, if you will. Not surprisingly, I felt this notion was far off the mark. I feel suggesting that pity about bipolar disorder from the self or others is always negative, is just plain wrong.

The Definition of 'Pity'

When “pity” is used as a noun it is defined as: “the feeling of sorrow and compassion caused by the suffering and misfortunes of others.”

Synonyms include compassion and condolence.

When “pity” is used as a verb it is defined as: “feel sorrow for the misfortunes of.”

(Thanks to Google for the definitions.)

So, pity is a type of feeling or a specific feeling. Got it.

Pity from Others About Bipolar 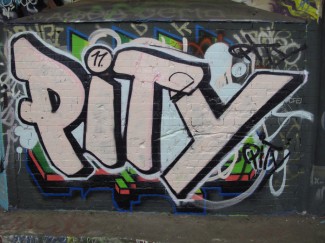 I don’t want the people around me to pity me on a regular basis. I don’t want them to see me and think how sucky my life with bipolar is. Not particularly because I care for my sake, but, rather, I don’t want them feeling that way for their sake. It wouldn’t be very fun or helpful for our relationship if they did.

That said, if a person actually felt “sorrow and compassion” caused by my suffering, I think I would understand that and find it completely reasonable. I feel sorrow and compassion for others and find that to be quite reasonable also. No, it can’t be an overriding thing, but I don’t think it has to have a negative connotation at all times.

Similarly, if a person wants to sympathize and empathize with me – a person with a possibly-lethal, life-altering illness – I don’t see that as a negative, either. In fact, as far as I can tell, advocates are constantly telling people to empathize with us.

In short, these are reasonable feelings. And feelings (in moderation) are really okay.

Self-pity has a very negative connotation and, in fact, is seen as self-indulgent. Okay, I get it; if you’re sitting around feeling “sorrow” for yourself, you’re not moving forward. True, this is a negative thing.

But, seriously, I have been through 19+ years of hell with this illness. I have lost a lot. I have had to bend, almost to the breaking point, to make my life work with this disorder. Do you seriously think I’m not supposed to have some compassion for myself about that? In fact, therapists are constantly telling people to have compassion for themselves.

And do I feel sorrow for this illness I didn’t ask for and can’t get rid of? Yes, I do. I consider this to be completely normal. If you had cancer, I would expect you to feel pretty bad about it, too.

Again, I know you can’t sit in this place, but that doesn’t mean you can’t or shouldn’t visit this feeling from time to time.

In short, I don’t think pity about bipolar is necessarily bad, I think it’s a feeling, and feelings shouldn’t be denied or judged. Too much of anything can be a bad thing, and, thus, too much pity can, de facto, be a bad thing.

That said, the word “pity” was pretty much invented because bad things happen to people and others feel bad about it. And that’s really just human.

Helping a Friend Through a Bipolar Mood Episode
Professionals Should Talk About Trump’s Mental Health
Pixie
June, 7 2017 at 7:45 am

When I have bipolar depression, I feel nothing except despair. I don't pity myself because i can't. All I want to do is sleep.

Misery loves company, doesn't it?
Warning signs of a victim mentality:
Self Esteem
People with low self esteem rely on others to fill them up.
Rescuers
Rescuers are drawn to people who are "broken" so they can rush in and "fix" them. But we cannot fix other people, only ourselves
Martyrs
Some people adopt the attitude of a martyr. Whether they are "sick" or "nervous" or whatever the ail may be, they use it to keep people close to them and generate sympathy
Rationalizations
A victim's mind can be very industrious when it comes to thinking up excuses
Afraid of being alone
Worrying about ending up alone (and living with a bunch of cats?)
Family of origin
We tend to replicate the patterns of the people who raised us. We learn our relationship patterns and roles by watching how family (and school peers?) interacted with each other. It's important to know what those roles and patterns were and how they are affecting our current relationship choices
Shame
What other people think is more important than how one feels if you have a victim mentality
Guilt
Victims often take on guilt for things which are not their fault
How to know if you're in a relationship with a someone with a victim mentality;
Is there anyone in your life who often appears inconsolably oppressed or depressed?
Are you burned out by their neediness?
Do these people always blame “bad luck” or the unfairness of others for their problems?
Do you screen your calls or say you’re busy in order to dodge their litany of complaints?
Does their unrelenting negativity compromise your positive attitude?
This type of person can cause you to be irritated or drained and will make you want to a aid them
Ways to overcome a victim mentality:
http://www.healthyplace.com/blogs/buildingselfesteem/2012/11/5-ways-to-escape-your-victim…

To those of you new to this illness I have all the sympathy, empathy, compassion and support. Some people don't realize there is a recognizable grieving process one goes through when being diagnosed bipolar. This grieving process takes time. Be aware that it can definitely complicate the illness and hinder the process of getting better. Don't get stuck in it. You have to fight and keep fighting and not give up to achieve some semblance of wellness. Change is inevitable. You will need to learn to adapt to survive. This is understandably a very difficult thing to do given the circumstances. But it can be done! It's ok to feel sorry for yourself once in a while but try not to go there if you can. It will only drag you down. I know, I know that's easier said than done. When you keep hope alive, don't give up, anything is possible. Try YOUR best to focus what energy you do have on discovering what works best for YOU (one teeny, tiny step at a time) instead of dwelling on what may feel like an insurmountable problem and know that you are on you way to getting better. It won't be easy and at some point you will have to learn to accept a new normal. It seems unfair to have to accept the limitations that have been placed upon us. But what in life in fair? As they say, it rains on the just and the unjust. Be kind to yourself and know that you are doing your very best at this moment in time. But please don't allow yourself to stay stuck. Battle weary as we become at times we must still strive our best to gather up what strength we have and keep moving forward.

Throwing yourself a pity party because you have bipolar serves no useful purpose. It just feeds into the negativity that perpetuates the cycle of depression. Do you want to get well or do you want to stay sick. Do yourself a favour and try to focus on more useful things

Hi R. Usually I am good at avoiding pity parties. Today, I am having one. I was diagnosed 12 years ago. Illness is managed. I work. Married. Children. Homeowner. VERY high functioning life and I am GRATEFUL for the support from family. I just wanted to say "right you are" on how we should keep our chins up. No point in beating ourselves up over an illness that we are going to have for life.

Very well said. Not wanting to put focus on negativity is a good intention but like you said, "pity" (often negatively associated) is a feeling and feelings should be accepted as they are. They don't need to be overindulged in (too much of anything, like you said) but acknowledged and addressed as the teachers they can be. Thank you for sharing.

I totally agree. A feeling is a feeling regardless of what it is. Denying that you feel a certain way or hiding it is not going change it. Lying to yourself and others will not help either. With bipolar, we tend to isolate at times and this is one big reason I do. I don't want people to pity me. I don't want my down mood to rub off on them. I do pity myself and my situation at times, but who on the planet has never done that? "Instead of pointing out my obvious emotions, why don't you get educated about bipolar disorder and how to be helpful?" That's what I would say to that person!