Being Honest with Your Psychiatrist

I have always argued that being honest with your psychiatrist is critical. Simply put, if your doctor doesn’t know what’s wrong, how can he possibly help you? But it’s hard to be honest with a psychiatrist and many people aren’t.

What Aren’t People Honest About?

In my experience, there are two main things patients aren’t honest about with their psychiatrists: self-harm and medication nonadherence (noncompliance). In both of these cases, embarrassment and fear of a negative reaction come into play and I totally get that. 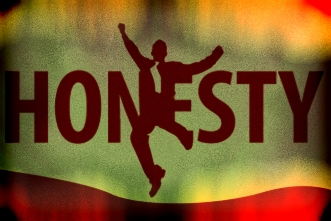 In the case of self-harm, I think people are scared of being labelled with another disorder – borderline personality disorder, generally – based on that one act alone. This is a real fear and it does happen. Nevertheless, if you self-harm, this is important for your doctor to know, not so he can add a label, but, rather, so that he can address the behavior. For example, if I had a client that self-harmed, I would want to get them into therapy as soon as possible so they could learn healthier coping skills.

In the case of medication nonadherence, it’s critical to be honest with your psychiatrist about that because it affects symptoms, there may be withdrawal and it affects the entire treatment plan. Plus, there is always a reason a person is nonadherent to treatment and it's important that you psychiatrist explore that with you so that it won't happen again and you get a treatment with which you are comfortable.

See this video on when I needed to be honest with my psychiatrist about my medication nonadherence.

How to Be Honest with a Psychiatrist

Your relationships with your psychiatrist is just that – a relationship and just like any relationship, it can’t work if you’re not honest. So try to take the time to explain what is going on for you for real. Don’t sugar coat things and don’t hold back. I know that something are uncomfortable to mention – like sexual dysfunction, for example, but so many things can be addressed if only you make it clear that they are problems.

If you’re having trouble bringing up trough subjects and being honest with your psychiatrist, try bringing a loved one to the appointment with you. Then you can have someone on your side who can both support you and hold you accountable for saying what you need to say.

And if the psychiatrist isn’t listening to you even when you’re trying your very best to facilitate positive, honest communication (and this does happen, no doubt) then it’s time to find a new psychiatrist because in any relationship there are two people and if both aren’t willing to be positive and work at it then you just won’t get what you need from your treatment.

Note: I’ve used the pronoun “he” for psychiatrists today. It’s nothing personal, some doctors are not male. Don’t’ worry, I get that.

APA Reference
Tracy, N. (2015, July 17). Being Honest with Your Psychiatrist, HealthyPlace. Retrieved on 2023, February 6 from https://www.healthyplace.com/blogs/breakingbipolar/2015/07/being-honest-with-your-psychiatrist

Depression – I Can’t Make a Decision, Everything Feels Wrong
How to Handle Your First Psychiatric Appointment
hollis
August, 20 2015 at 6:08 am

My Psychiatrist can look at my Psychologist notes she has expertise in me my condition. I have studied bi polar for about 30 yrs but all ways clinical view am so glad to have stumbled onto this site it is truly another dimension. It has some benefits like AA.Wish all our Dr.'s would study this site . I AM REFRACTORY

I can relate to an extent with you Andrea.... I have both a psychologist and psychiatrist. ...my psychiatrist decided to slightly reduce my medication for schizophrenia despite the report from my psychologist and said if my symptoms increased to go back on the higher dose..they did not increase and now I feel less doped up. Fortunately my psychiatrist kept me on the lower dose when I saw her a couple of months later BUT after I was honest in revealing my thoughts of the effects or non effects of the medication not changing how thinking just doping me up in my long ago past when I was more paranoid she suggested that if I was feeling paranoid to take more medication for a few days..she said they did help... I can't see the point...AND she has given me her her contact details: a business card with also a email address to give to my psychologist if my pschologist has any concerns ....I feel violated. .it makes me not want to be honest...

I believe that I was overly honest with a past psychiatrist and, because of that, I ended up overly medicated to the point where it was very hard to function for about 20 years. I wish I had worked on my disturbing thoughts with a therapist instead of being so heavily medicated for so many years.

Another BIG rationale for being dishonest to your psychiatrist comes up when your psychiatrist prescribes for you some of the same drugs that your primary care doctor also prescribes for you for anxiety and ADD, and you don't mention this because you want to keep getting both prescriptions filled twice each month because the ADD medication makes it even harder to sleep than it already is and only the anxiety medication (taken at double or sometimes triple dose level) can help you sleep and because, on top of that, sometimes you lose your medication because duh, on top of bipolar you have ADD. Or your spouse hides your ADD or anxiety medication to keep you from using it up too fast, and then forgets where the hiding place was. Or you just want to keep an extra prescription floating around because you are that fearful of running out of it. And for some reason you think your psychiatrist would not be able to understand any of this or help you come up with any better strategy for handling the situation. And meanwhile your spouse, who comes along to psychiatrist appointments, hesitates to be the one to bring it up to the psychiatrist because she doesn't want to lose your trust or seem like she's "tattling."

Oh and I love my psychiatrist....he is retiring in three years which scares me...since I only have medicare.

Natasha,
I feel like you are reading your mind. I am such a people pleaser that I never tell my doctor much. I guess I was manic for two years and so I just went in/out. From 2014 to now I was in a major depressive state...suicidal. I started tracking my showers because they were few and far between and that made me more depressed because I wasn't showering. I also started severing relationships. And seeing spiders. Apparently being on Seroquel for 8 years has lost its effect. so with Bipolar I I am in a bind on finding a new antipsychotic that I can afford on medicare....
Thank you so much for your writings....

There are times when I have trouble being honest with my doctor - not because I don't want to tell him about something, but because I don't even know what it is. Do you know what I'm talking about? Like when there's a vague but growing sensation that I can't put into words because it's so unfamiliar - how do I broach that? I know I can say "something feels different, but I don't know what" - but is that even useful?

It's nice when you can get a pdoc that actually listens and is willing to work (negotiate your treatment plan) with you when and where appropriate like the one I have now. I had a pdoc once that was downright dictatorial and just wouldn't listen to any of my complaints to find a workable solution.