Dealing with Down Days in Bipolar Disorder

Likely, if you’re in treatment, your down days are lessened, but I think for everyone they still occur. But what happens when you seem to just have downs?

I think down days vary for each person but what I find, because I’m in treatment, is that full-blown moods don’t tend to occur but some of the symptoms do. And these symptoms can be very severe even if there aren’t enough of them to formally constitute an actual mood episode. 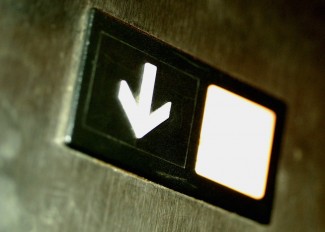 For me, bipolar and physical pain is a major reality on down days as are anxiety, fatigue and racing, negative thoughts (and that’s when the medication is actually working). I know these are symptoms of my bipolar disorder even if they happen outside of official depressions and hypo/manias. And believe me, these lingering symptoms absolutely have the ability to ruin an otherwise perfectly fine day.

And I suspect each person experiences different lingering symptoms of bipolar. We all tend to be so very different.

Down Days Can Lead to Formal Depressions

And there’s no doubt that feeling down, in any way, can lead to feelings of depression and then, perhaps, even a formal depression itself so down days are important to recognize and deal with.

Dealing with Down Days in Bipolar

What I think is important to remember about down days in bipolar disorder – even if you have a lot of them – is that down days don’t last forever. There are ups and downs in bipolar so you will get an up, even if it feels like you won’t. Reminding yourself of this can actually make the down days more bearable. Yes, the pain is here today but it might not be here tomorrow. I just have to make it until then.

[And, of course, if your down days get too pronounced or if you have too many of them, you should definitely see your doctor as it could be the start of something you need to handle more aggressively.]

[One other thing: ideally, you won’t have any lingering symptoms when your bipolar disorder is optimally treated. This should always be the goal because we know that people who have lingering symptoms are far more likely to experience further mood episodes. However, I know this just isn’t a reality for many.]

You can find Natasha Tracy on Facebook or Google+ or @Natasha_Tracy on Twitteror at Bipolar Burble, her blog.

APA Reference
Tracy, N. (2014, September 2). Dealing with Down Days in Bipolar Disorder, HealthyPlace. Retrieved on 2021, May 17 from https://www.healthyplace.com/blogs/breakingbipolar/2014/09/dealing-with-down-days-in-bipolar-disorder

Judging Others with Bipolar as Successful or Unsuccessful
World Suicide Prevention Day – Predicting Who is at Risk of Suicide
CHRISTINE ROUSSEAU
April, 20 2018 at 2:30 pm

it seems like some days I have severe anxiety or just off days. anxiety is so disabilating. Other days I have no symptoms and connect well with other people

Hi Rachelle,
The idea with medications is to restore balance -- in other words, get rid of the depression and hypomania and put you somewhere in the middle. So, if you mean do the hypomanias go away then the likely answer is yes, but it's worth it for most people because the depressions are so crushing.
- Natasha Tracy

Having a very hard time today and can't control my emotions. I'm on buproprian and lamotrigine. Most days I'm ok, but I woke up just wanting to cry.

Just finished four very down days with periods of intense anxiety and plenty of self-criticism. Trying to focus on the task at work took all the energy I could muster. It was an exhausting four days and I still feel weak today.
Through CBT, I've learned how to block out self-criticism and anxious thoughts, but a lot of effort is required to do this, and I'm left feeling drained. As a result, I usually sleep more. Learning mediation has helped, regarless of how ineffectual it seemed initially. A negative thought arises and I bat it away (think: delete, delete, until your screen is clear). To occupy my mind, I bingewatch television series or read, and congratulate myself if I'm able to read to my kds or clean the kitchen. I also walk or cycle 5 km a day, just because the fresh air and exercise feel good. Of course, I also take my meds. My hypomania is something else I have to watch. I tend to get too enthusiastic and take on way too many activities that I feel compelled to finish. So far, meditation, meds, CBT sessions once a month, mood charts and exercise have helped the most, but nothing works every time. It's all a work in progress. Thanks for sharing everyone. What you've written helps me not feel so alone. Please be kind to yourself and remember that you make it through these extremely tough disruptive cycles and you deserve a pat on the back for that alone. Cheers

I’m a workaholic partially because I need to be (I work full time and I'm currently considering taking on a part time job) and partially because it acts as a diversion for me (when I'm working I'm too busy to focus on what's not working well in my life). Other than that I'm usually sleeping my life away. I know how pathetic that sounds but it's the truth
I have a mountain of debt I’ve been trying to pay off since my last bout of mania 3 years ago. The debt and accompanying depression interferes with having fun. Unfortunately I’m not making much headway with paying this debt down even after seeing a non profit debt counseller. It’s very depressing indeed. Medication alone isn’t going to improve my lot in life until my financial pressures ease and the associated depression lifts. I feel like my life has been put on hold indefinately… while other get to enjoy theirs
My life is severely lacking any fun at al!!! which in itself is very depressing. Most of my days are down days but I try not to think about that too much or else would never lift my head from the pillow

You say your daughter was diagnosed with bipolar disorder. Help you understand. Racing thoughts, 24/7, creeping anxiety, moodiness out of nowhere, trying to contain your emotions, feelings of desperation, constant worry. Hopelessness at times, wanting to be bright and cheery but understanding that is the end of the day goal to not have offended anybody because you feel down. etc. And then some days you will be absolutely on top of the world for no other reason than your bipolar shift in your brain. You want to control it, but never can, that about sums it up.

my down times now run into months, and even now has not completely lifted.

I currently have shingles, like depression its not fun. My personal Rx is to turn off! The switch is hard to get to, so I use my mind's right hand to grope and the body's left hand to pour, light, and count temporary relief. Not good advice, but previous experience with denial of ongoing pain has led to disaster. Stick around for the experience, you'll learn a lot, have some fun -only to suffer a while- like the rest of us.

Good advice. My ride on the polar coaster is much smoother now, the mountains and valleys not so high and deep. But despite treatment I've not achieved anything closet to remission. It became a balancing act between quality of life (zombie syndrome) and zero symptoms, a line I try to toe. I keep a mood journal now and it really helps to see where I'm headed and I adjust my meds accordingly (with my doc's approval - we've been together 15 years now). Tweaking a bit lets me head off trouble most of the time. I'm typically between -1 and+1 on my mood scale (0 being no symptoms, -5 and +5 the extremes).
I can live with that. Literally.

Dear Natasha,
This article is very helpful & encouraging. My mom battled her bi-polar condition until her passing six years ago and now my sister struggles with it. Because you took the time to write this, many are benefiting because they see they are not alone in what they are going nor are they so broken and "different" that they can't be fixed. Bless you for sharing your own journey. May God graciously provide the comfort & healing you need yourself, especially on those difficult "down days".
Sincerely,
Dave
Psalm 30:5

Natasha, thank goodness for you. If we had to rely on psychiatrists and mental health professionals, I'd still be metaphorically self- flagellating for these symptoms. When I know about what's normal, it makes surviving the cycle so much easier.

Thank you for this article! Very timely for me—I'm just a few months into treatment and got really discouraged by a few "down" days this past week. My therapist was great helping me recognize that this is just a phase, and things are so, so much better now that I'm getting treatment. This article too helps me stay encouraged. Thank you!
PS I absolutely am so incredibly thankful for your blog here and on your site, and following you on FB. I usually don't comment/like on FB because I'm not "out" to most of my friends, but I often click, read, and feel grateful for your knowledge and shared experiences. Thank you, friend! (because you really feel like a friend in some of these dark times, even though we don't know each other).