What Is Vagus Nerve Stimulation for Bipolar Depression? 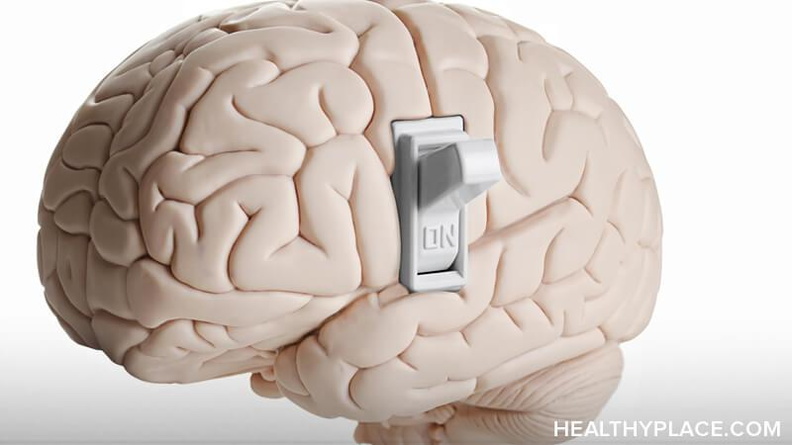 Vagus nerve stimulation (VNS) is exactly what it sounds like--stimulation of the vagus nerve in your neck. Stimulation takes place by using electrical impulses (a nice way of saying shocks). When the vagus nerve is stimulated, that stimulation is then carried to various other parts of the nervous system and this is what is thought to be its method of action. This stimulation may alter neurotransmitters like norepinephrine and GABA.

OK, I know, that’s complicated. In short, they zap a nerve in your neck and that’s carried to the brain where it does stuff.

What Is The Vagus Nerve?

The vagus nerve is a complicated bit of nervous system anatomy, so I’ll just try to hit the highlights:

What Does the Vagus Nerve Do?

Why Do We Use Vagus Nerve Stimulation?

Ten to thirty percent of depressed people do not achieve meaningful remission on antidepressants. There are many reasons for this, but one of them simply comes down to this: we don’t understand the brain. The brain is a lumpy, gooey mush of chemicals floating inside our skull. If we transported a modern day computer back 100 years and people had to decode it, they would have the same experience we have with the brain. They’d give it a go, and probably find success here and there, but overall they’d just be as confused as all get out.

And this is why some people don’t find meaningful relief from medication – we don’t really know what’s wrong with them in the first place. This is why brain stimulation techniques are being developed.

In 1997, the FDA approved the devices for intractable seizures and in 2005 it approved it for use in treatment-resistant depression. VNS is generally added on top of a medication regime.

The vagus nerve stimulator is actually a pocket-watch sized device that is implanted into the upper-right of the patient’s chest. Wires are then run from the simulator up the chest, over the clavicle, up the back of the neck and then coiled around the vagus nerve at the base of the skull.

These little toys cost tens of thousands of dollars and have to be implanted by a neuro or vascular surgeon; so you don’t see this bipolar treatment too frequently. And, at least in the case of treatment-resistant depression, almost no insurance covers it. (FYI, I did get mine implanted with insurance coverage when I lived in the U.S., so if you have a really good carrier it is possible, but don’t even think about trying it without prior approval.)

Well that’s always the question now, isn’t it? This stagtistic varies wildly depending on who you ask as to whether the treatment will work. A very well-renowned, expensive, fancy-pants doctor who specializes in VNS told me that one-third of people respond quite well, one-third respond a little, and one-third don’t respond at all. Those numbers are anecdotal, obviously, and in my opinion, overly optimistic.

VNS is approved for use in the hardest to treat cases so rates of response are naturally going to be low. One study showed that 40% of patients had a 50% decrease in depression scores, but another study showed no difference between having it turned on or not. So controversy rages over this particular device.

Yes, I did get a VNS implant anyway.

In part II, I explain what it’s like to actually get a vagus nerve stimulator: spoiler alert, it’s not nearly as friendly as they make it sound.

Thanks for the explanation, quality educative post ! Thanks for sharing !

Hi Dr. Khan,
I'm not sure quite what you're asking. If you're asking is their risk of damaging the nerve, then yes.
I recommend you look over the Cyberonic's literature for any questions: http://www.vnstherapy.com/epilepsy/hcp/manuals/default.aspx
- Natasha

Hi, Excellent information about the VNS. But I would like to know that is it possible that during puting the central line in patient generate VNS which cause sudden death.

Hey, Its good to read about the VNS from a depression point of view, my son has a VNS fitted for his epilepsy. If you're interested i have written about it on my blog.
http://www.andy-morley.co.uk/epilepsy/vns/
All the best.
Andy.