Here I will be placing contributed descriptions and stories from people living with OCD.

As this page grows, it will be very useful in helping those who care about us understand a little more about what it is like to have OCD (Obsessive-Compulsive Disorder). It will also be useful for people who think they might have OCD or something to read a description that resonates with them.

It's an interesting exercise to try and write down what it is like to have an obsession. Go on give it a try and send me the results, which I will be glad to post either attributed or not - your call.

If you wish to contact one of the authors and their E-mail is not with their story, you may contact me and I will forward your message

" I wish I could do something. What's wrong with me anyhow? This is really nuts."

"I've never known life without OCD. From as far back as I can remember intrusive, unwanted thoughts and fears have plagued me."

"I think it was approx.1989 when I first experienced OCD behavior.I didn't recognize it as such but now, thinking back, it was OCD."

"The first genuine OCD experience that I can remember happened to me when I was about 6 years old. It happened one morning. . ."

"My main disorder is checking things. I have made sure the drip coffee pot was off a couple thousand times, "

"My wife was terrified hearing all these things from me as well. Luckily, I went to a psychiatrist who diagnosed this problem correctly "

"My other obsession is with death. Everyday I am plagued with thoughts of death, that of loved ones and/or myself. "

"It began for me as lists. At any given time, I have 10 lists. I have a front page of the lists that I have in my list packet, and then I have the various lists."

"I couldn't sleep, couldn't go out of the house, etc. I went to him and went on a program of cognitive behavior therapy, medication and, very importantly, meditation. The meditation was key."

"My name is Fred and I have suffered with OCD as long as I can remember. It started when I was a little boy. I am 37 years old now and I have had relief for the past 6-7 years, after finally being diagnosed with the disorder."

"I am 24 and have been suffering from OCD as long as I can remember. It got extremely severe when I went away to college this past September. It got so bad that I had to take a sick leave."

"At around 35 years of age I began to question why I had to check things all the time - are the car lights really turned off, did I make a mistake in the work I did today (better recheck it), etc..."

"shining down on me a vision dances perfect, her wisdom innocent she tries to free the parts i keep sheltered, locked behind the doors, safe"

"I guess my story will sound quite familiar but it still feels shocking to me. I still cannot believe that this is happening to me."

"It reached its worst point around 20-21. I was obsessed about diseases. HIV was a huge deal and at times still is, though I have been tested and am fine. I was bed ridded with this disorder. I could not touch certain colors. "

"I am a 30 year old woman with 3 children, my first experience with OCD I was 19 years old and it was on Thanksgiving Day. For as long as I live I will never forget that day."

" My OCD started when I was 7 years old. When I was supposed to be asleep one night, I couldn't stop counting to 100 and I started crying."

"Three separate psychiatrists failed to diagnose OCD (or if they did they weren't letting me in on the diagnosis) and I eventually endured four years of psychoanalytical therapy which was of no value to me at all (having lightened my bank account of $10,000)."

"When I was in sixth grade, I was first introduced to a "new" virus called HIV. It was during a Health/Sex Education class where we learned about this disease..."

" I was first introduced to OCD through my son. I knew when he was very young that something was different about him, I just couldn't put my finger on it. It started out with food..."

" my earliest memory of an ocd obsession was around 4-5 years of age. i noticed a neighbor's cat with a dead mouse in its mouth, and i was fascinated. i remember telling my mother about the sight, and her response was, "oh, you didn't touch it did you?"

" I was totally paralyzed form the inside out. I heard only loud noises reverberating in my brain. I shouted at myself all the time just to keep the noise out, just to drown out the white noise in my head. I felt like I was sharing brain space with a roaring lion."

" I Have been suffering with OCD, anxiety and depression from the time I was 7 yrs old. OCD for me started out with me washing . . ." 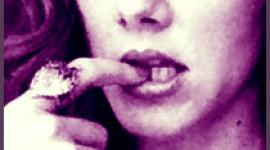 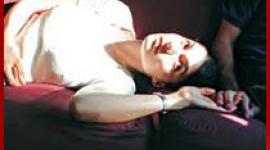