My name is Phil. I live near London. I have OCD for almost six years.

I guess my story will sound quite familiar but it still feels shocking to me. I still cannot believe that this is happening to me.

In the summer of 1995 I was at a friend of mine's house. He is the father of two girls. At the time, they were aged 10 and 8. I had always had a healthy relationship with these two kids and had been friends with their dad for about two years.

I remember that day as if it was yesterday. One thought popped into my head and my journey to hell began. The thought was: "What if......I hurt a child?" I was stunned, frightened, appalled. I had never ever doubted my own behaviour or interest in children. I was just a normal 23 year old, having fun, getting an education and making the usual mistakes.

I could not get the thought out of my head. Within days I was avoiding places where I knew there would be children, I was having panic attacks (although I didn't know that was what they were at the time), couldn't bear to be alone and was being increasingly plagued by disturbing thoughts. It was like: "What if I kick a child?" "What if I turn into a child molester?" "What if I lose control and against my will commit some horrendous crime?"

It didn't help that within a few weeks of the illness starting, there was a particularly brutal child murder about 20 miles from where I lived. The guy who committed the crime was a notorious disturbed child abuser and I was comparing myself to him. I was crying, panicking, fearing for my sanity.....hating child abuse with every fibre in my being and I was comparing myself to this monster.

So it wasn't long before I ended up seeking psychiatric help. In the UK I think we are a little behind the States when it comes to treatment for OCD. During the past few years I have various experiences with counsellors, psychologists, medication, yoga, hypnotherapy, acupuncture. (God, so many things...) and the illness goes on and on. Sometimes a few months go by and it's kind of bearable but overall it's hell, a living hell or at best a limbo where living has been put on hold and replaced with existing.

I find so many things have changed. I panic at work, on planes, trains, at home...in many situations. I never used to. I admitted myself to hospital for three weeks in 1997 because I really thought I had reached the end of my tether. But going to hospital only made me realize that I was experiencing an anxiety based problem not the 'serious' mental illness I saw in the hospital. I avoid kids, wouldn't want to live near a school, haven't had a real relationship with my three nephews for years, feel heartbroken because my thoughts tell me I can never have a family because I'll hurt my own babies.

But it's not all been bad. During the time I've been ill I got a degree, a masters degree and have been working as a journalist (my dream job) for almost a year. My girlfriend has some idea of the pain I'm in and tries to help, comforts me when I'm upset and tells me it is going to get better. In some respects OCD has made me realize what kind of life I truly want to have.

I recently started on Paxil (It's called Paroxetine in the UK). I am on 10mg a day at the moment, I guess they are building up the dose. I am also waiting to see a cognitive behavioral therapist. I really hope that this is the year that things start to improve; recently the OCD has 'mutated' into another particularly nasty form. I hope, pray, and desperately want to be away from this lonely, lonely place I'm at right now. There has to be a way. Thanks for reading my story. 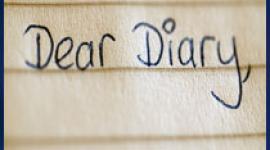