The Truth about Paranoia, Extreme Anxiety and Delusions 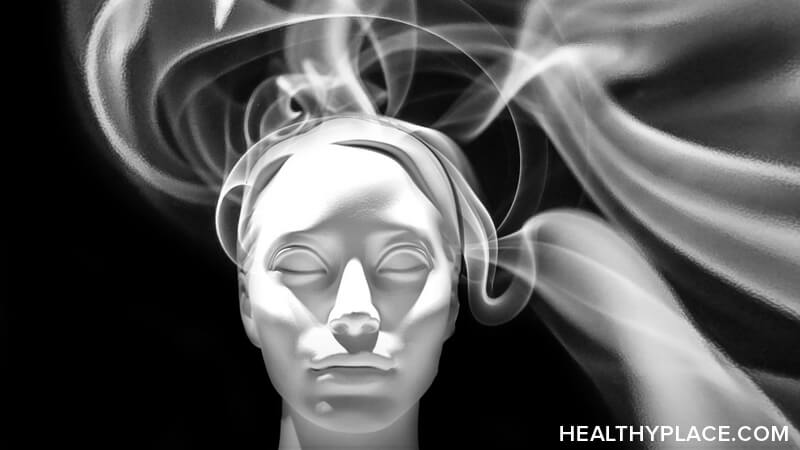 My Paranoia, Delusions and Anxiety 20 Years Ago

Almost 20 years ago, while a student at the Rhode Island School of Design (RISD), I started to experience extreme paranoid delusions. I thought people were following me – everyone from the Central Intelligence Agency (CIA) to the mob to the then-living ex-Beatles. I called up my mom back home in Chicago and told her George Harrison had followed me to the bus stop. She dropped everything and came to the East Coast to check us into a bed and breakfast to stay with me so I could finish the last two weeks of my semester.

Even with new medications, it was tough going.

I’ve never done this before – even just to myself – but I’m going to try to explain where my paranoid delusions came from. George Harrison’s son was a student at Brown University (whose campus overlaps RISD’s in Providence, Rhode Island). I had been a huge Beatles fan when I was younger. I was even friends with a woman who lived on his floor at Brown. Everyone at home in the Midwest was saying I should get the friend to introduce me to this kid. I didn’t bother. What was I going to say to him, that I really like the Beatles? How many times has he heard that? 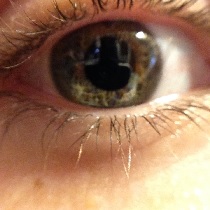 Celebrities are all over the place at Brown and RISD. It was an exciting place to study photography, my passion. But I had started taking an antidepressant months before, and I got kicked into psychotic mania. All of a sudden the “excitement” of College Hill in Providence was fuel for my mania.

Now, I know what some of you are probably thinking: paranoid schizophrenia, obsession with a celebrity sounds pretty scary. It was scary, for me. I didn’t get violent. Since I thought I was being followed and stalked, I went into hiding. I was also put on an antipsychotic that, when it kicked in, made me realize no one had been following me, except maybe I was being “followed” metaphorically, in my head.

What My Paranoia, Anxiety and Delusion Looks Like These Days

I still take an antipsychotic, so I don’t look over my shoulder thinking someone is following me. I lived in New York City for a while after my psychotic episode and attended a Friar’s Club Roast while on the medication, proof positive that I know how to comport myself around celebrities, but there always seem to be trade-offs.

For a while, I was on an antipsychotic that can cause obsessive compulsive disorder (OCD), and it sure did for me. Even though I went off the medication and back on another antipsychotic, I still struggle with OCD. It just got wired into my thinking. I wonder how the paranoia that comes with schizophrenia or schizoaffective disorder informs my OCD.

Anyone will tell you that I can be pretty paranoid, even though I am free of delusions. I don’t cook because I’m afraid of starting a fire; I’m deathly afraid of getting stuck in the rain; and I’m getting over an obsession with things being clean and sanitary. But none of this is as scary as when I was 19 years old, far from home, and thinking I was being followed and stalked. And that’s why I keep taking my antipsychotic, even though it’s added on the pounds (Weight Gain in a Pill ). I’d rather be overweight than be that scared again.

Hmm it seems like your blog ate my first comment (it was extremely long) so I guess I'll just sum it up what I submitted and say, I'm
thoroughly enjoying your blog. I too am an aspiring blog writer but
I'm still new to everything. Do you have any helpful hints
for novice blog writers? I'd certainly appreciate it.

Hi--
Thank you for your comment. Thank you for saying you're enjoying my blog. When I was a kid and I wanted to be a writer, the advice I always got was to read. As much as possible. Sometimes because of my anxiety, it's difficult to have the concentration to read, but I've always found my mind is sharper and words come to me more easily when I'm reading. So, the only advice I can think of is to read a lot. I hope that helps! Best, Elizabeth

Dont diagnose yourself. Its good to be armed with all the info.. but its better if you consult with a doc first. If you are depressed already you tend to view the world with a different perspective .. often negative. Thanks to everyone's input ..its very helpful and encouraging

I've been so paranoid in the last 2 months. I don't trust anybody anymore and it's affecting my family but I just can't help it. Often feeling lately that they would be better off without me. :(

I've felt that way, too, but that's one of the lies your illness is telling you--that your family would be better off without you. They most certainly wouldn't! If you need someone to talk to about these thoughts, please follow this link to resources and hotlines about feeling suicidal: https://www.healthyplace.com/suicide/suicide-hotline-phone-numbers/

Hi Elizabeth,
I am a student mental health nurse in the UK and am currently writing an essay on the lived experience of schizophrenia. Elyn Saks lived experience to be specific.
Anyway, I came across your blog whilst looking for other lived experiences to relate to and contrast with that of Elyns and was wondering if you minded in my emailing you regarding your own experience of this disorder?
In the autobiography of Elyn Saks key themes that appeared to arise were that of stigma within the medical profession and difference in treatment pre and post diagnosis, denial of illness, the importance of routine in living with schizophrenia, the need for control and also the continuing feeling of failure and sense of weakness whenever she became ill. I was wondering if any of these aspects were relevant to your experience of schizophrenia and also how you felt when you was diagnosed. Was your diagnosis a positive or negative process?
Sorry if this seems like a big ask and to bombard you with questions, and feel free to not reply. I felt it worth a shot anyway.
Thankyou for reading this regardless, and may you continue to be an inspiration to many for years to come.
Kind regards

I am 40 years old and have had schizophrenia since I was 17. About 10 years ago, I changed my medication to one which is known to cause weight gain. I was quite slim then, so I did n't mind, as I thought it would be good to gain a bit of weight. Fast forward to december 2015, when I had increased in size from a size 10 to a size 14. I thought it must be the meds that are making me this size. I started going for regular runs, played badminton once a week and went to the gym. However, I could not lose any weight. then in jan 2016 my sister bought me a 'vivofit' wrist band which can be synched to a diet app called 'My fitness pal'. The wrist band is really good because it shows you how many steps you have taken each day, and other useful things. The diet app has changed my life because since jan 2016, I have lost over a stone and a half in weight. I am really pleased with this and when i am feeling down, i remember how well i have done to lose all that weight. So, if your meds are making you overweight, try a diet app. It tells you how many calories you should have each day to get to your target weight. It worked for me, and it could work for others too.

I have schizoaffective for 30 years, I take my antipsychotics, but they do not prevent me from having significant episodes of paranoia. The therapy I have provides me with tools I can use to help me get through the episodes of paranoia. It is important for people with these illnesses to realize that medication is not the answer for everyone, and in some cases therapy is not the solution. Everyone's experience in treating their condition will be different

I agree, i have been on the antipsychotics for almost 2 years now and have gained a ton of weight...that is the one thing i hate about them....

Have you tried walking? It's an easy way to exercise and helps slim you down... and helps with your mood! I'm naturally a size 2 but with the meds I'm a size 14... My goal right now is to fit into my size 12 jeans.

we need more of these stories portrayed in mainstream media. people hear the word "psychotic" and they just assume violent. It is the total opposite. It puts the sufferer into a severe fearful situation, it feels so powerless and scary.

I'm paranoid. All of the time. Trust is zero. Someday I'll find my spot.