Adult ADHD and Urgency: Dealing With a Now or Never Impulse 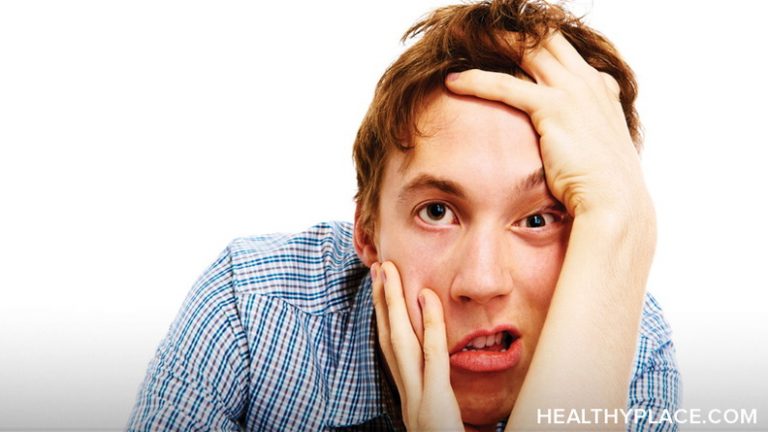 People with attention-deficit/hyperactivity disorder (ADHD) experience a sense of urgency. In fact, people with ADHD have a complicated relationship with time in general. ADHD-ers often suffer from "time blindness” that makes time management difficult because we often can't accurately measure time. It can make both everything and nothing seem urgent. Today, I would like to address this “now or never” aspect of adult ADHD and urgency.

When I really want to do something, I feel a strong urge to do it right away. Delaying gratification is very difficult. “Later” feels like “never.” For example, if I want to watch a movie (I love movies), I feel as though I need an immediate fix and get really excited if I’m able to watch it. Obviously, I often have to wait. By the time I watch the movie, I may have already lost interest in that particular film and moved on to another interest.

These strong urges that are difficult to control result in what is often described as “poor impulse control,” and many people with ADHD are susceptible to drug and alcohol addiction because of this impulsivity, amongst other reasons. On a quest for dopamine and serotonin, an ADHD brain responds even more strongly than a non-ADHD brain to pleasure and urgency.

Urgency of ADHD Has Both Up- and Downsides

This “now or never” sense of time does not mean people with ADHD are necessarily unproductive. If one is living in the “now” stage, everything is urgent. Someone might wash the dishes before noticing the floor is dirty. After sweeping the floor, the person notices a magazine on the table. She reads the magazine until spotting a pile of magazines that need to be put away—the list goes on. There is little sense of “I’ll do this later” because the fear is “I’ll do this later—and that 'later' will never come!”

Much of this behavior is due to the ADHD brain's inherent unreliability, and that makes planning difficult. Putting something off until later means it may not be done. I do not know whether an idea or fact will stick in my head for years or if I will forget to do something extremely important. Also, as mentioned, my interest in a task or hobby might dissipate at an unknown time. Then I will not get the same pleasure from doing the task. Perhaps I will do it while frustrated and bored, or I will not do it at all.

How to Deal With ADHD's Urgent, “Now or Never” Attitude

One way I deal with this sense of urgency is by writing things down. I journal about how much I love something and write down tasks and ideas. It is especially helpful to have a single place to write things down, though I know this is difficult for a lot of people with ADHD.

Often, I have to trick myself into doing something I don’t want to do. It might mean making a game of a chore, rewarding myself, or creating a comfortable and stimulating work space. Additionally, my ADHD medication usually calms me and helps with impulse control.

What are your experiences and tips for dealing with this sense of urgency? Please let me know in the comments below!

Introduction to Noelle Matteson, Author of ‘Living with Adult ADHD’
That Stupid Marshmallow Study, ADHD and Self-Control
Peter Kelly
January, 30 2023 at 8:49 am

I'm 55. I was diagnosed at 39 years old. My pathology with ADHD was I would be the class clown because I was so (bored) i'd make everyone laugh and get kicked out of class. Always tried to skip school. In the 70's they had no idea about adhd or any other mental illness...fast forward after diagnosis how would I describe how I feel about it. Well i've always known i'm different than the norm. Bullied a lot but intelligent enough to either make them laugh or if it comes to it battle! I dodge traffic because I cannot wait. It was pointed out to me that I could cause a swerve crash. But at that moment there was no fear. My mum had to buy a harness at a young age because i'd just see something at the other side of the road and dart over.

My experience with the "sense of urgency"? It's like if it wasn't for the physical world then I'd be able to just do what I want...but instead I have to drive 25 minutes to get there, do the dishes beforehand, do my laundry before I can even think about getting dressed after the shower I'd have to take before I can leave to drive there to wait in line to even see if they're out of stock or not. It's like I want to tear my skin apart and then my skeleton would run screaming off into the distance. Funny cartoon moment I know, but it's the closes I can come to describing the feeling in words. My brain is already in the car and I'm still in the shower. So much for not being angry when I get dressed just because I have to do it. Not even being physically possible to just do whatever I want when I want...even if I had the time and money...isn't something my brain understands. I get it academically. You can't walk through a wall, but in practice...I have to go all the way down the hall to the doorway to get into the room on the other side of this wall. UGH! The issue is that once my brain has gone through the plan to get the task done...well...my brains over it. But, it still has to be done. And I've got a number of four letter words for that.
There are some things I actually enjoy thinking about THEN doing. I love driving...the only time/place I feel "normal" is while driving. Everything calms and my brain fires how I wish it would all the time. I'm writing a novel. Can't tell you how many hours I've lost doing that. I think about it on some level all day long (planning the story) then I actually go and write the story. Love it!
And when it comes to doing what I want when I want I don't have a huge issue with impulse control (well, foot in mouth syndrome is very real). I budget my money so I can splurge...sometimes saving several purchases to be done at once later on and other times I think about how bad it feels to just go crazy and to hell with the consequences. My biggest issue, as stated above, is I'VE ALREADY MENTALLY PROCESSED IT, WHY CAN'T IT JUST BE DONE ALREADY!!!

As a parent sometimes I use my child's "now or never" attitude to my advantage by conveniently suggesting an exciting activity just to distract my child, or to stop some undesirable behavior. This strategy has mixed results. Unfortunately it's not particularly effective when trying to curb behavior in the middle of a tantrum. It can also backfire if I'm not able to immediately produce the exciting thing I suggested.

Thank you for sharing, Brian. I guess it is sometimes feasible to harness that impulsiveness, but, other times, it just isn't possible, especially if someone is already super emotional. Best wishes!

I have b uilt my life around my brian instead of trying to alter the way it functions.
I currently work part time for the nhs, i do scrap metal and treasure hunting. Also i write novels, always have three mabe four on the go, this allows me to flip between worlds. My NHS work gives me the time line and grounding the others provide the buzz and flexability.

Ooh sounds interesting, like you are able to keep your brain and body engaged by switching it up. Thank you for sharing!