People with ADHD Are at High Risk for Suicide 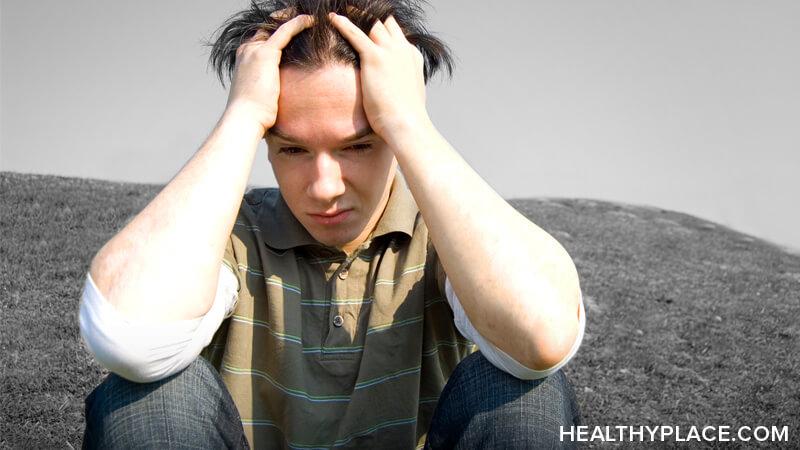 I want to talk about suicide and attention-deficit/hyperactivity disorder (ADHD) because September is Suicide Prevention Month. Though ADHD has a reputation in our society for being either a punchline or an excuse, it is important to note that people with the condition have a 30% higher risk for attempting suicide or dying by suicide.1 There are a number of reasons for this, including high comorbidity (when multiple conditions exist in the same person) with other disorders, such as depression or anxiety. Read more to find out what contributes to this high suicide rate in people with ADHD and what we can do to help prevent it.

Why People with ADHD Have Higher Suicide Rates

Those with ADHD who are most likely to die by suicide also suffer from other conditions, like borderline personality disorder or bipolar disorder. As I mentioned, ADHD often occurs with other mental conditions that can make life difficult. However, one study showed that even ADHDers who didn’t have another diagnosis were a higher suicide risk than the general population.2 Here are a few other reasons why people with ADHD might be depressed and even suicidal:

Video with Advice for Depressed ADHDers

In the video below, I give some tips to people with ADHD who struggle with depression and suicidal ideation.3

Thank you for reading and watching. Please leave comments about how you have handled suicidal thinking if you have ADHD. However, if you are acutely suicidal, seek help right away.

APA Reference
Matteson, N. (2018, September 30). People with ADHD Are at High Risk for Suicide, HealthyPlace. Retrieved on 2021, May 10 from https://www.healthyplace.com/blogs/livingwithadultadhd/2018/9/people-with-adhd-are-at-high-risk-for-suicide

How to Help ADHD Coworkers Succeed
Feeling Insecure About Being Insecure with Adult ADHD
Hooked on a Feeling
June, 23 2020 at 8:34 pm

Hooked on a Feeling: https://www.youtube.com/watch?v=NrI-UBIB8Jk
Listening to this as ehopric as ever and semi happy.'
Tho i feel like i wanna kill my self when the song ends :(

I’ve struggled with trying to convince myself not to end it all my entire life. Living with adult adhd is especially brutal because many people think oh you’re an adult you should know and do better. That coupled with the already existing notion that adhd is some small made up thing. I wonder what the point of being here is if this is going to be my life with this impairment

Lmao when you have too much ADHD to read the whole article.

lol i went straight to the comments.i also do have adhd.same when looking at a youtube video

That didn't really tell me anything , do you have any studies or statistics to back your claims up.
Personally the way people are addicted to the internet these days , people can have themselves diagnosed with anything , if someone with ADHD looks online for sure there head will become a scrambled mess, they read constant negative feedback from blogs like this that don't back up anything , don't you think people will believe they could be more susceptible to something by reading some bias , plant the seed in the right circumstances , you can mess with anyone's head.
So if you have any statistically relevent proof please can you provide it

Hello! Yes, studies are provided at the end of the article under "Sources." I reference them throughout using footnote markers in the forms of numbers. Thank you!

Hi, Peta, thanks for commenting. The video embedded in the article includes several tips about how to take care of yourself if you are feeling depressed and suicidal, particularly if you have ADHD. If you feel suicidal, please call 911 or the National Suicide Prevention Lifeline at 1-800-273-8255. Please visit this link for further resources: https://www.healthyplace.com/other-info/suicide/suicide-suicidal-thoughts-and-behaviors-t….

Thank you for sharing this very important read. As you mentioned, ADHD often gets put in this "light" category, a punchline or excuse. All of the reasons you listed are incredibly important for people to be mindful of. There's nothing light about 30% higher risk.

Even though I know many with ADHD suffer from depression, I was surprised at that statistic and how the rate appeared to be high across the board. Thank you so much for reading!