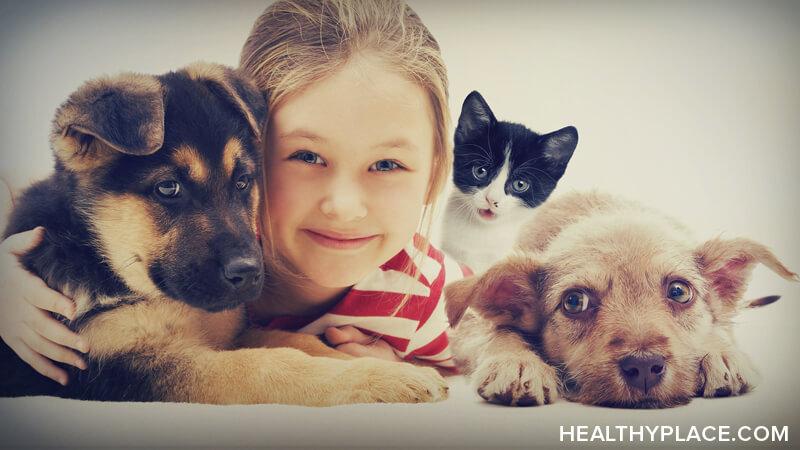 Support animals are controversial depending on what you think of animals in general. Many think of the bond between human and animal as a simple pet-owner or predator-prey relationship. For others, the connection is greater as service and support animals offer physical and mental assistance to humans. Yet, while many gaze upon service animals with respect, support animals are stigmatized as fake despite the help they offer people.

Why Are Support Animals Stigmatized?

I think there are a number of reasons support animals are viewed with such disdain. One of the biggest may be since mental illness is seen as a weakness, so the idea becomes that the support animal is a crutch being used by someone who doesn't want to do the work to get better.

Something else working against support animals is that any animal can be one. While dogs have a long-standing record of helping people, the idea that other animals can offer support is seen as a joke. This is especially true of exotic animals, even though they, too, can help improve people's mental health.

Despite anecdotal evidence of all animals helping, without the research to back it up, people tend to balk. There's also the concern of those who abuse the system — and those people do exist — but not everyone who claims to have a support animal is lying so they can bring Fluffy with them wherever they go.

Support animals require no special training and there is no official certification, which is part of what leaves it open for people to abuse the system. Having an official seal of approval is something people look for, especially since we're so used to it with service animals. While people have notes from doctors saying they need a support animal, it's not regulated the same way. And then there's the problem of websites offering free "certification," which, quite simply, isn't legitimate.

The Difference Support Animals Have on Mental Health

The above-mentioned problems complicate things for people who need support animals and overshadow the healing animals can do for people. Reading through stories from other bloggers on HealthyPlace is enough to show me that support animals have a positive effect on people's lives by offering them routine, purpose, and unconditional love in the wake of illnesses such as depression and posttraumatic stress disorder (PTSD). And the stories don't stop here: people across the Internet have shared the positive impact animals have on them. (Interacting with Animals Fights Depression)

An unexpected magic of support animals is the ability they seem to have in breaking or bypassing the shame and stigma of mental illness. A friend of mine volunteers with an organization called Therapy Tails Ontario. If you've ever heard of dogs visiting stressed out students or brightening the day of retirement home residents, this is what Therapy Tails Ontario does.

I've seen firsthand how my friend's dogs light up a room. She says she's seen people open up about their mental health struggles without being prompted because they feel calmer around the dogs and get help after interacting with them.

I have two recommendations for helping to alleviate the stigma surrounding support animals:

The first is to share stories, your own and others, of how animals have helped with emotional and mental wellbeing.

The second is to interact with these animals. Since they're not service animals, you can do that (with the owner's permission of course).

Ultimately, let's do whatever we can to ease the stigma around support animals so those that need them can have the mental health support they need.

How to Stand Up to Stigma Concerning Mental Health
I Combat Self-Stigma with Books About Mental Illness
Lizanne Corbit
July, 9 2018 at 4:38 pm

This is such a helpful read! Actual support animals can provide an unbelievable amount of comfort and help. It's unfortunate that some people took advantage of a system to falsely have an animal appear as a support animal that lead to some stigmatization but real support animals can truly be invaluable for those who depend on them. So glad to come across this read.

I’m always happy to see your comments, Lizanne. :) Thank you for your continued readership and I’m glad you found this helpful!