You Can't Diagnose an Eating Disorder by Looking at Someone 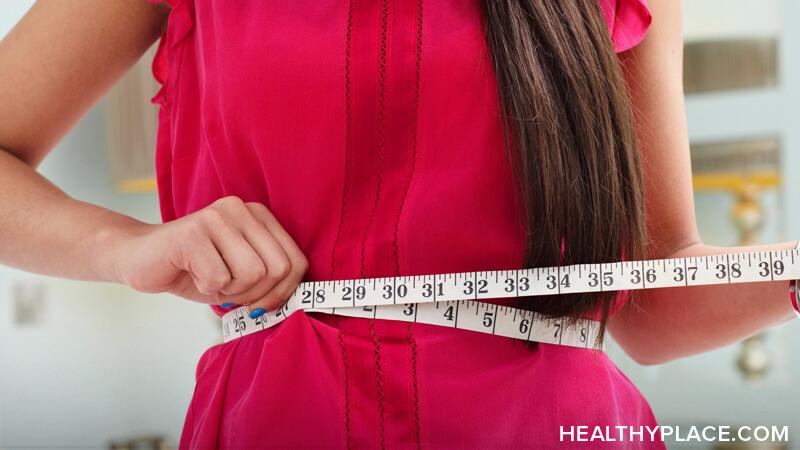 You Can't Diagnose an Eating Disorder by Body Type or Weight

I don’t know if I’ve ever crossed into the mental illness classification of disordered eating, but it is certainly something that I’ve struggled with since I was in my preteen years. For me, it comes in the form of starving myself and my brain telling me that the hunger pains are a good thing — as long as I feel that, it means I haven’t overindulged (or really, indulged at all, because even that is bad) and I won’t contribute to my weight. These are still thoughts that I internally battle even 15 years later.

The thing is I don’t fit the body model of someone who has been starving herself. I'm not skin and bones or even on my way there, really. Instead, I am overweight and I was when I was younger too. I remember distinctly making an offhand comment in elementary school about maybe being anorexic and being laughed at because my body didn’t look it.

The other day, Megan Crabbe, a body positivity advocate I follow on Instagram, posted a quote from a recent interview she did for a podcast. It really struck me and got my wheels turning.

We need to destroy the idea that there’s any weight requirements on eating disorders.

It’s incredibly true. Having this idea that anorexia or bulimia look like someone wasting away or that binge eating looks like someone overweight is extremely destructive.

Why Is It Dangerous to Diagnose Eating Disorders by Body Types?

It might seem like more of a misunderstanding than stigma, but it is stigma because diagnosing an eating disorder by the way one looks prevents people from getting help. It brings ridicule from others whether we fit the body type or not. As I said, I don’t know if my disordered eating thoughts have actually crossed over into the diagnostically disordered category because I’ve never asked. I’ve had people concerned about my eating, but the fact that I can so vividly remember being laughed at to this day is very telling to me.

If I haven’t gotten help for these thoughts, I know there are plenty more who could say the same thing. As it has a habit of doing, stigma prevents people from getting help or even from opening up about these kinds of issues. My potential eating disorder is not something that I talk about because of what’s happened in the past.

Instead of hearing people say they’re worried they have or do in fact have an eating disorder and automatically jumping to conclusions based on what they look like, take a moment to pause. If someone says he’s struggling, the very least we can do is listen without criticism that might prevent help. Eating disorders are just as much about what’s going on in the mind as other mental illnesses are and that's what people need to realize.

APA Reference
Barton, L. (2017, December 18). You Can't Diagnose an Eating Disorder by Looking at Someone, HealthyPlace. Retrieved on 2021, November 28 from https://www.healthyplace.com/blogs/survivingmentalhealthstigma/2017/12/eating-disorders-dont-rely-on-body-size

Feeling Like a Burden Because of Mental Illness
Normal Mental Health: How Does Chasing It Create Stigma?