How to End Self-Stigmatization and Reclaim Yourself 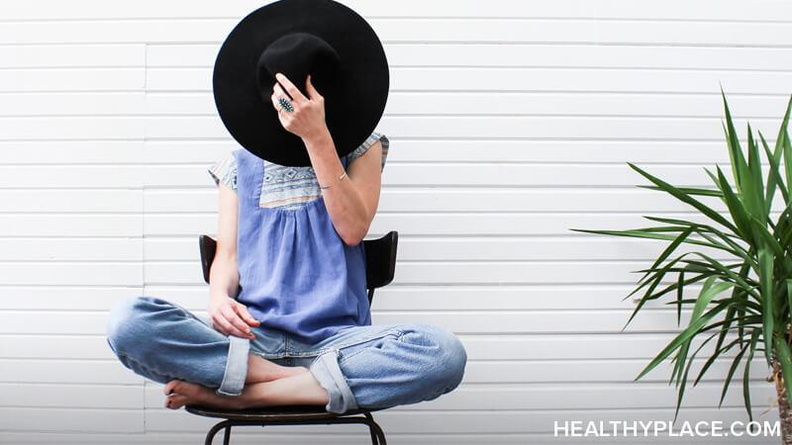 People often ask me what is mental health stigma anyway? I make it simple. Stigma is the widespread perception about people who have a mental illness. Stigma says "those people" are scary, violent or crazy. It is these terms that shed a negative light on people with a mental illness simply because they have a disorder. It is outright discrimination, it is a lack of knowledge, and a clear indication that a great number of people who believe this are severely ignorant and misinformed. Self-stigmatization is that same thing, only the mental health stigma comes from within.

Self-Stigmatization Is A Story I Know Too Well

Upon being diagnosed with a mental illness, I did not know that mental illness stigma existed. Once I left the hospital, I contacted many of my friends who were in my life before the hospitalization, but I was met with awkwardness and certainly not any condolences for my situation. I had voiced to many people that I had been hospitalized for a mental illness called bipolar disorder. 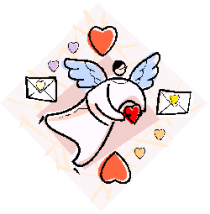 The conversations were short and one former friend said, “Good, even more of a reason to stay away from you!” Little did I know that during my psychosis I actually had, unknowingly, stalked him! It is not easy to admit, and even embarrassing, but it happened.

I sent him flowers, love letters, waited outside his house as I was convinced that he would come outside and whisk me away. And even worse I left him presents on his door – my beloved journal, diamond earrings for his mother and stuffed animals. He had called the police to report these incidents and as I became medicated back to reality, I had a hunch that this would happen. I tried to reclaim my possessions from the police station but to no avail. I was deemed a crazy stalker girl.

The Stigma of Mental Illness Made Self-Stigmatization a Reality

As I got off the phone with this particular person, my heart dropped. As I ventured on, it was not with ease or courage. I felt deflated. I was a stable, confident and an attractive young woman in my twenties, but I soon allowed other people’s opinions of my actions during my psychosis affect how I felt about myself. I no longer viewed myself as I had before the hospitalization, and the self-stigmatization began and continued for a number of years. Over time I learned how to shed the self-stigma and soon began to accept myself and forgive myself for the events that had transpired due to my illness.

You Can End Self-Stigmatization

This may seem impossible, but over the years I have learned a few tricks when facing the self-stigma that I took on because of the opinions of other people. Consider the following:

Remember to be calm, understanding, and most of all be gentle on yourself because you are amazing and deserve an internally stigma-free existence.

APA Reference
Paquette, A. (2014, May 14). How to End Self-Stigmatization and Reclaim Yourself, HealthyPlace. Retrieved on 2023, January 30 from https://www.healthyplace.com/blogs/survivingmentalhealthstigma/2014/05/reclaiming-yourself-after-self-stigmatization

I'm beginning to believe that the stigmatization process is part of the lie of medicalization. A number of medical sociologists are writing about the dangerous process of medicalization that enforces a biomedical model of treatment for emotional, mental, spiritual and behavioral experiences that are understandable responses to our very challenging political, economic and cultural environment. This brilliant British Psychiatrist talks about these very complex issues:
http://www.madinamerica.com/2014/12/psychiatry-problem-medical-model-part-1/

I've just been diagnosed with Aspergers aged 50. For 12 years I've been in and out of psychiatric hospitals, always complaining they were the wrong place for me.
My difficulty now is acceptance of who I am and how I see things. There have been some huge events in the past couple of years which could have been avoided if only ........
But the diagnosis came later, the depression, anxiety, psychosis and self harm persisted (and persist) along with dissociative fugue states. Acceptance and being at peace in myself is critical, but it is oh so very difficult.
I honestly applaud those who have succeeded, I admire you and know I shall keep fighting for the acceptance I believe is there, but not yet quite in reach.

I am horrified that you could not get back those things you left outside that man's house! Some people have no heart. In addition to loving yourself, I am a big believer in you have to FORGIVE yourself. I bitterly regret that it took me so long to treatment. I bitterly regret tht I did a lot of things. I have to forgive myself.

Hello Andrea,
Great name! Yes, stigma is a real issue in the medical system too. It is vital to educate staff with real life stories of survivors of mental illness in my opinion. Would be wonderful for them to jump on this site! Thanks for the support!

Hi Ephena,
I totally get your point. I have many friends that have bipolar and feel fine with calling themselves bipolar. However, I feel differently, although bipolar is something you have, I still don't think it is a part of 'who you are.' That is just my take on it though. Thanks for sharing! :)

As a psychiatric nurse for many years, I am aware of the stigma that unfortunately is part of our society. In many cases it prevents people from getting the help they need. I am glad you have such insight into your circumstances and great advice to others.

I have to say, I do call myself "bipolar" in the same way that people with diabetes call themselves "diabetic". I am not just a diagnosis, but it is a fundamental part of who I am. I don't ever want to minimize that I am bipolar, because I don't think that there is anything shameful about identifying that part of me. I can respect people that think differently, but that is the cool thing about self-identifying, everyone gets to conceive of themselves in the way that makes most sense to them.

Hi Emily, you raise some really great points. It is reassuring and wonderful that as time passes you heal a little bit more. The trauma is very difficult, but in time we often heal. I too take medication and it wards off the extremes that can be so damaging...thank goodness. Keep healing and congrats on such amazing progress. :)

Hi Leigh,
I am so happy you found your way and have discovered the many amazing talents that you have. You're right, mental illness is what it is and you have to be good with you. It certainly sounds like you are. Hug at ya! :)

Serious mania is terrifying, I think. You become someone else- at least I did. I was really traumatized by those couple of years before the mania was got under control. I was terrified of myself. But as time passes, and I get on with life, and can remind myself that I now know what meds work for mania (depression is harder), I am losing that fear. I really think, though, it is trauma, as well as stigma that many people have to deal with after serious mania.

I am no longer ashamed of myself,I am more than what I've been diagnosed with,I am who God said I am,A CHILD OF GOD,FEARFULLY AND WONDERFULLY MADE ,MORE THAN A CONQUEROR through Christ Jesus,ect,ect....people can think whatever they want,I can not change the world but I did for sure change my own attitude towards myself,I went to college to further my Artistic skills and got married ,had a child who is in college alongside me and we are scheduled to graduate together,I have become a great artist .Mental Illness is what it is,sometimes I feel like a nut ,something's I don't ,:) ....I have learned not to take myself too serious ,you have to practice feeling ok with YOU first before you can feel good amongst others.