Stigma Against Parents Who Raise a Child With Mental Illness 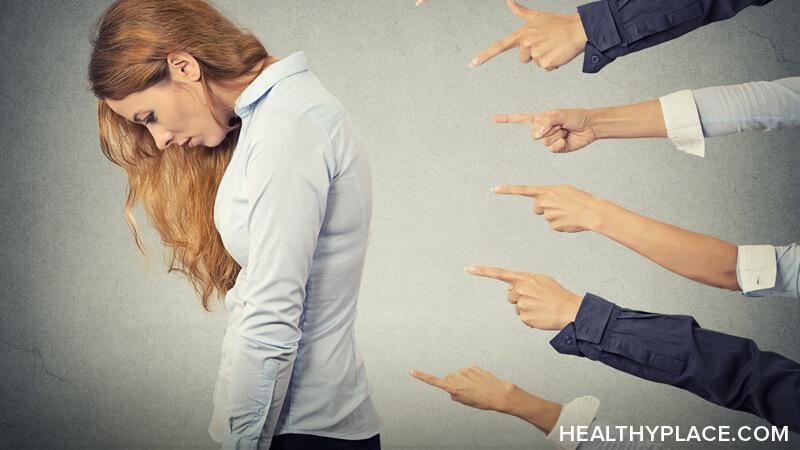 The Stigma of Mental Illness on Parents

Their son was in jail; her daughter had stolen thousands of dollars before running off; their child had been hospitalized (again) and was now doing drugs.

I listened hard. I studied these parents to find the flaws—see the reason why they were in this mess. Surely, they were not like me. They must have done something—anything—to put themselves in that position. And, suddenly, I succumbed to the stigma of mental illness. I wanted them to be wrong so that their story would never become my story.

But, it was my story. And if you're reading this, it's likely your story. For, according to statistics gathered by the National Institute of Mental Health, 18.1% of us will suffer from mental illness and four percent will deal with a severe form of the disease. And while people in poverty and the young or old are affected more often, wealth, or race, or age, or political affiliation, or, whatever, won't protect you because mental illness is an equal opportunity disorder. In fact, according to the World Health Organization, neuropsychiatric disorders are the number one cause of disability in the U.S. beating out both cancer and heart disease.

The bottom line is: mental illness is everywhere and, one way or another, it affects everyone.

Running from Stigma Against Parents

Back then I didn't know what I know now. So I ran. As those stories began to overwhelm and frighten me, I got up and left that meeting and didn't return to a support group for eight years.

It was a terrible mistake.

For my journey with my daughter did entail everything I heard about that first day: theft, arrests, multiple hospitalizations, drugs, drama, and enormous pain—pain that I needlessly suffered alone because I succumbed to the stigma and, in my shame, didn't reach out for help.

Shame Got Me Nowhere

But, shame got me nowhere. I wasn't a bad parent—I was a concerned, albeit struggling, parent with a severely mentally ill daughter. And she wasn't a "loser" or a "bad kid," she was a very ill person in need of all the help I could get her. And that meant pulling my head out of denial and getting to it. It also meant speaking my truth about bipolar disorder to anyone who would listen. If I wouldn't whisper about cancer or diabetes, why whisper about bipolar? So, with my daughter's permission, I began to tell our story, warts and all.

Finally, when I didn’t think I could survive the journey alone for another step, I reached out for help—and help was there. In fact, I found a vibrant, passionate, non-judgmental system of support for families living with mental illness that I’d never dreamed possible. And, that has made all the difference for me. It has helped me realize that I am not alone, I did nothing to cause bipolar or any of this, and our road to recovery is supported, brave and, above all, possible.

Fostering Independence in Your Child with Mental Illness
Reasons I Give Psychiatric Medication to My Child with DMDD
Kelly Daley
November, 29 2017 at 9:15 am

My situation is similar but with a difference. My father and brother both committed suicide due to an unknown illness. My son was 19 when he was diagnosed with bipolar. The first thing that came to my mind was, “my life is now changed forever”. I have neglected going to a group environment to discuss this but plan to in the future. The stigma for myself would be, “how did I not see this coming?”. Everybody has a story, right or wrong, let's learn from it and call it awareness. Thank you for sharing your awareness.

It is so important that someone in this situation seeks help! You cannot run away from things like this and it does truly affect everyone, but that is no reason to treat anyone different. Thank you for sharing!!

Thank you, Charlotte, for your support. You are exactly right--we can't run away. I appreciate your comment and wish you the best on your own parenting journey.